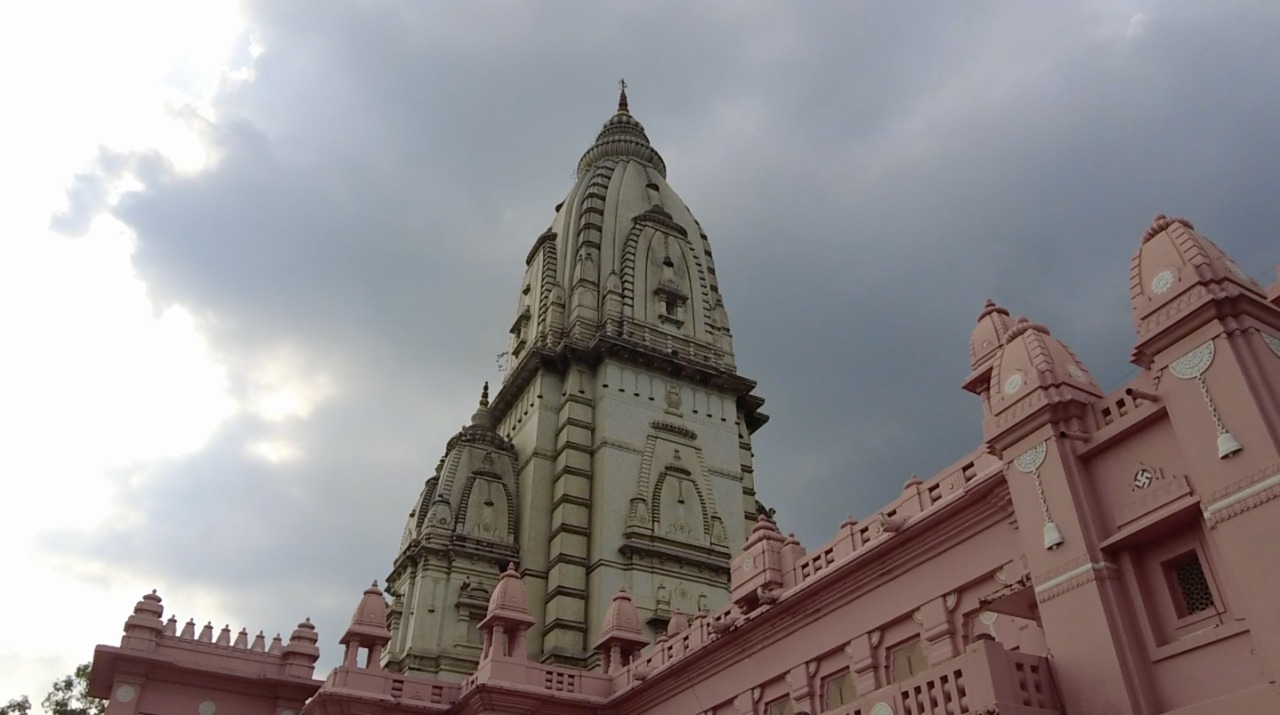 Varanasi also known as Benares or Banaras is a city on the banks of the river Ganga. Varanasi has been a cultural centre of northern India for several thousand years, and is closely associated with the Ganges. Hindus believe that dying here and getting cremated along the banks of the “holy” Ganges river allows one to break the cycle of rebirth and attain salvation, making it a major centre for pilgrimage. The city is known worldwide for its 84 ghats (embankments) made in steps of stone slabs along the river bank where pilgrims perform rituals.   Among the estimated 23,000 temples in Varanasi are Kashi Vishwanath Temple of Shiva, the Sankat Mochan Hanuman Temple, and the Durga Temple.

Every evening, as dusk descends, the Ganga Aarti is performed at various ghats of River Ganga. It’s a very powerful and uplifting spiritual ritual.  The offering is made to the Goddess Ganga, also affectionately referred to as Maa Ganga, goddess of the holiest river in India.

The aarti is carried out facing the river.  The aarti is performed on a stage by a group of young pandits (now limited to one pandit, due to Covid norms), draped in saffron-colored robes with their puja plates spread out before them. It commences with the blowing of a conch shell, and continues with the waving of incense sticks in elaborate patterns and circling of large flaming lamps that create a bright hue against the darkened sky. The movement of the lamps, held in the pandits’ hands, is tightly synchronizing to the rhythmic chants of hymns and clang of cymbals. The heady scent of sandalwood thickly permeates the air.

Banaras Hindu University is located in Varanasi, Uttar Pradesh. It was established jointly in 1916 and with over 30,000 students (from 50 countries) residing on 1300 acres campus, it is the largest residential university in Asia. The most prominent landmark on this campus is the Shri Vishwanath Mandir. It is also known as New Vishwanath Temple and Birla Temple and is dedicated to Lord Shiva. Shri Vishwanath Mandir has the tallest temple tower in the world with the Shikhara’s height being around 250 feet.

History from Wiki: Shri Kashi Vishwanath Mandir, was destroyed (and reconstructed) several times; in 1194 by Qutb-ud-din Aibak, between 1447-1458 by Hussain Shah Sharqi, and then in 1669 CE by Aurangzeb. In the 1930s, Pandit Madan Mohan Malaviya planned to replicate Shri Kashi Vishwanath Mandir on the campus of Banaras Hindu University. The Birla family undertook the construction and the foundation was laid in March 1931. The temple was finally completed in 1966

Shri Vishwanath Mandir, consists of nine temples within one temple and is open to people from all castes, religions, and religious beliefs. The Shiva temple is on the ground floor and the Lakshmi Narayan and Durga temples are on the first floor. Other temples within Shri Vishwanath Mandir are Nataraj, Mata Parvati, Lord Ganesha, Panchmukhi Mahadev, Lord Hanuman, Saraswati, and Nandi. The entire text of Bhagavad Gita and extracts from sacred Hindu scriptures are inscribed with illustrations on the inner marble walls of the temple

Here is the clip of our drive on the campus, and a quick visit to the temple.