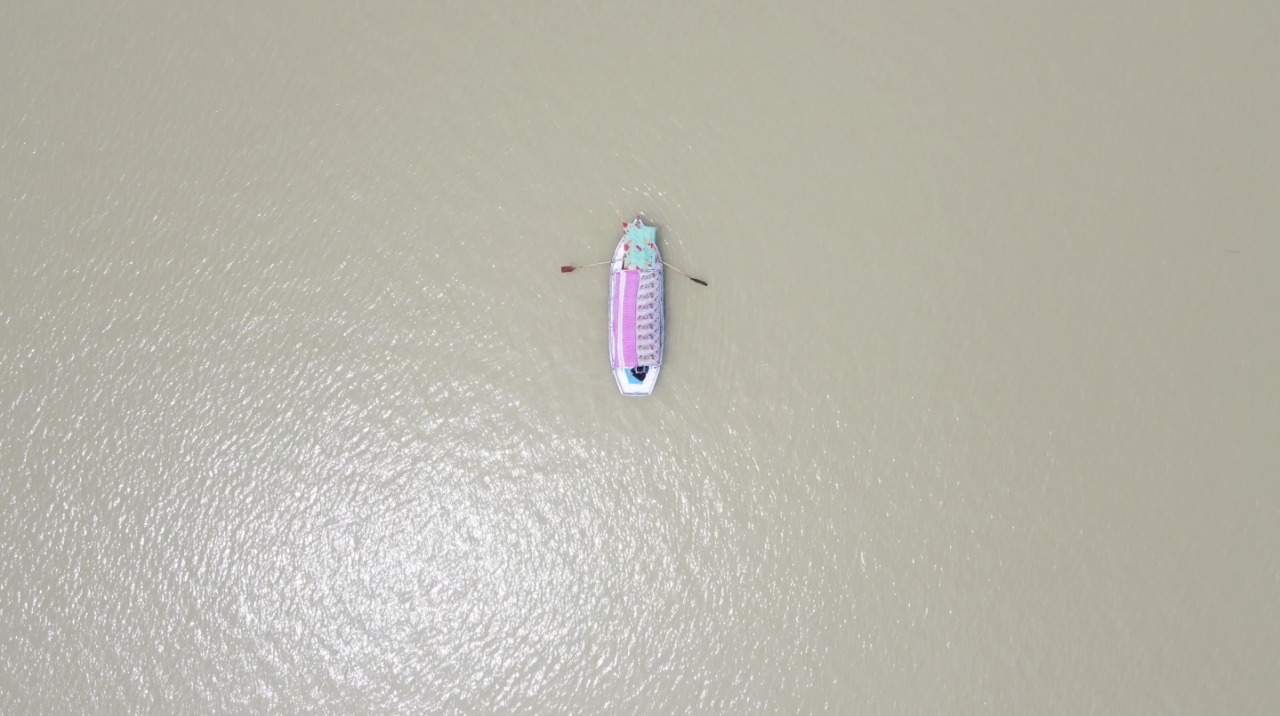 The Ganges and Yamuna there can be identified by their different colors – the water of the Ganges is clear while that of Yamuna is greenish in color. The third river, the mythical Saraswati, is called invisible.  However, during the current monsoon seasons, the distinction isn’t clear

A place of religious importance and the site for historic Kumbh Mela held every 12 years, over the years it has also been the site of immersion of ashes of several national leaders, including Mahatma Gandhi in 1948. The auspiciousness of the confluence of two rivers is referred to in the Rigveda, which says, “Those who bathe at the place where the two rivers, white and dark, flow together, rise up to heaven.”