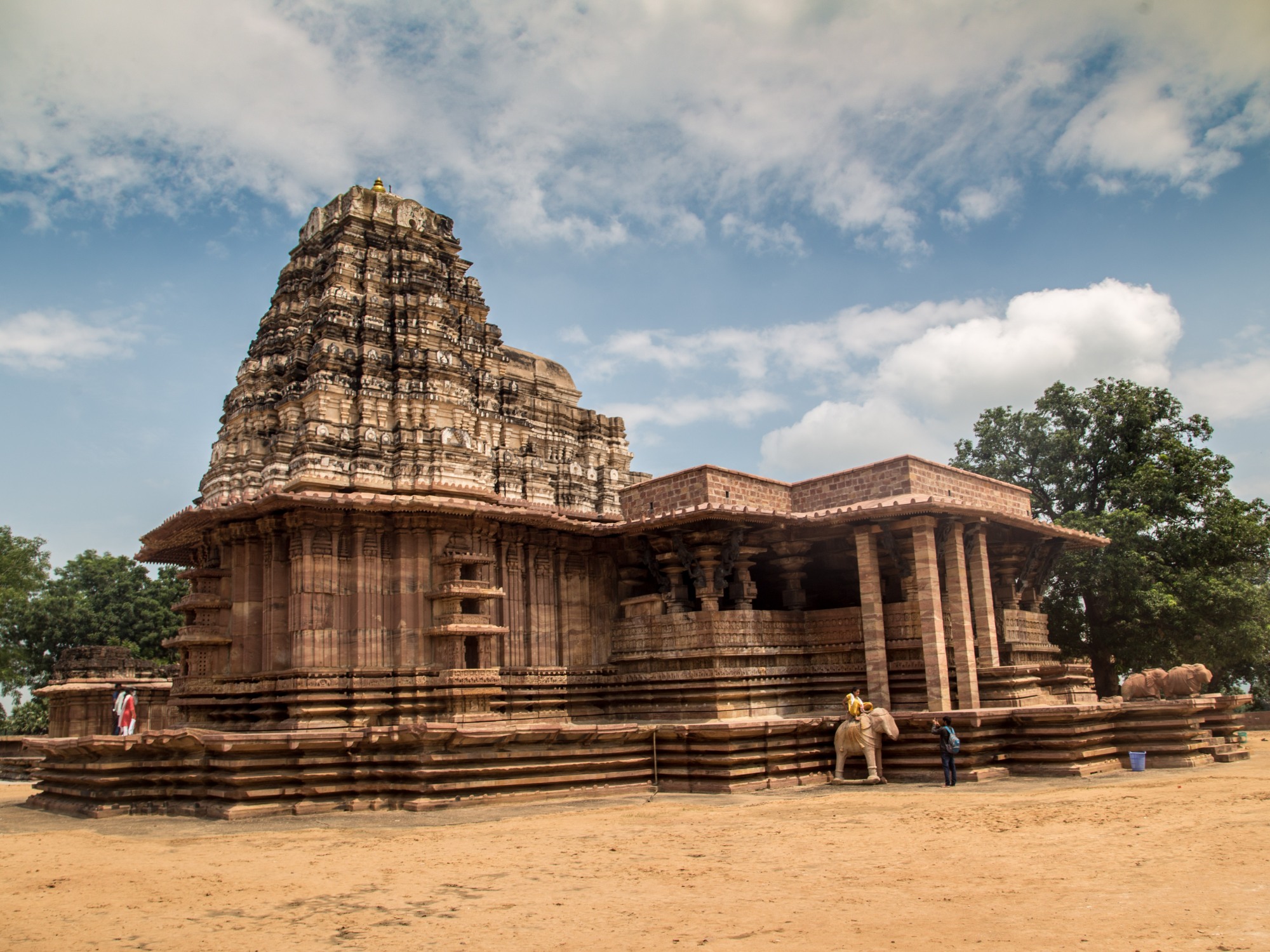 While returning from Bogatha and Kongala Waterfalls, we stopped at Ramappa Temple. Ramappa Temple also known as the Ramalingeswara temple, is located 77 km from Warangal, and about 209 km from Hyderabad.  It lies in a valley at Palampet village of Venkatapur Mandal, in erstwhile Mulug Taluq of MULUGU district, a tiny village long past its days of glory in the 13th and 14th centuries.  An inscription in the temple dates it to the year 1213 AD and says it was built by a General Recherla Rudra, during the period of the Kakatiya ruler Ganapati Deva

The temple is a Shivalaya, where Lord Ramalingeswara is worshipped. It stands majestically on a 6 ft high star-shaped platform. The hall in front of the sanctum has numerous carved pillars that have been positioned to create an effect that combines light and space wonderfully. The temple is named after the sculptor Ramappa, who built it, and is perhaps the only temple in India to be named after a craftsman who built it

The main structure is in a reddish sandstone, but the columns round the outside have large brackets of black basalt. These are carved as mythical animals or female dancers or musicians, and are “the masterpieces of Kakatiya art, notable for their delicate carving, sensuous postures and elongated bodies and heads”.  The roof (garbhalayam) of the temple is built with bricks, which are so light that they are able to float on water.[5]

There are two small Shiva shrines on either side of the main temple. The enormous Nandi within, facing the shrine of Shiva, remains in good condition. Nataraja Ramakrishna revived Perini Shivatandavam (Perini Dance), by seeing the sculptures in this temple. The dance poses, written in Nritta Rathnavalid by Jayapa Senaani, also appear in these sculptures.