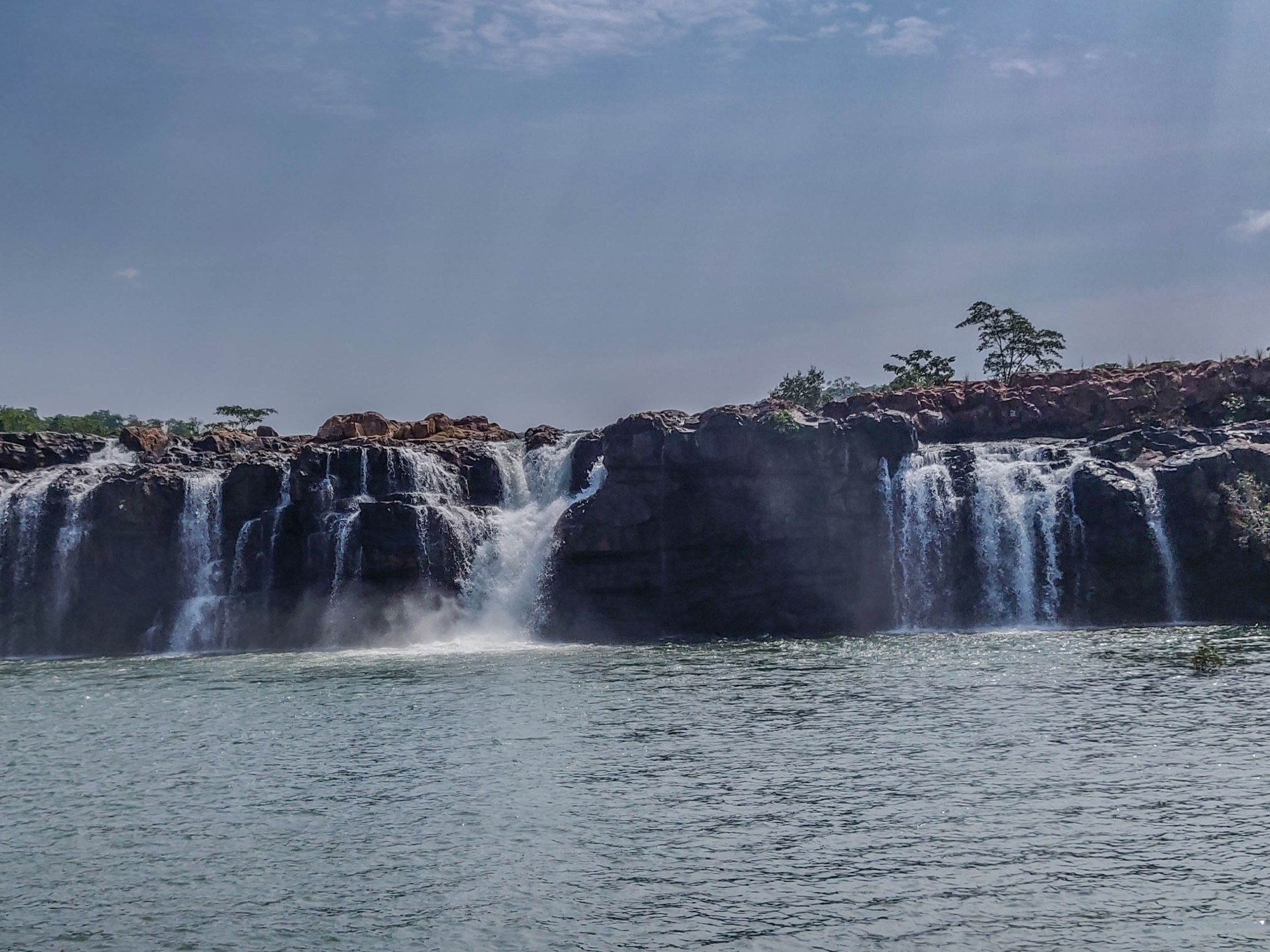 I heard about Bogatha Waterfalls for the first time about 2 years ago, and was really fascinated with few clips and pics that I saw floating around on WhatsApp an YouTube clips.  I always had thought about visiting the place during monsoon, so that I can witness Waterfalls at its peak.  However, I got the opportunity for the first time about a week ago, though waterfalls wasn’t at its peak, yet it was a beautiful sight to witness.

We arrived at the place at 6AM with hoping of doing photoshoot during best lighting conditions, however we learned that park does not open until 9AM.  So, we had ended up going to Kongala falls, and then returned to this place around 11AM, and had do photoshoot under harsh lighting conditions.

Bogatha Waterfall is located on the Cheekupally stream in Koyaveerapuram G, Wazeedu Mandal of Telengana. It is about 320KMs from Hyderabad. Bogatha is colloquially called as “the Telangana Niagara” and “Telangana Niagara jalapatham”.   Falling from an elevation of 30 feet, many small gushing water streams coalesce to form a large pool at the bottom. The water of the Bogatha Waterfall later on merges with the Godavari river This place is now being managed and rapidly developed by tourism department, thanks to huge traffic which is fuelled viral videos on social media

Here are few pics and clips from the visit

Few pics that are clicked by another trek group