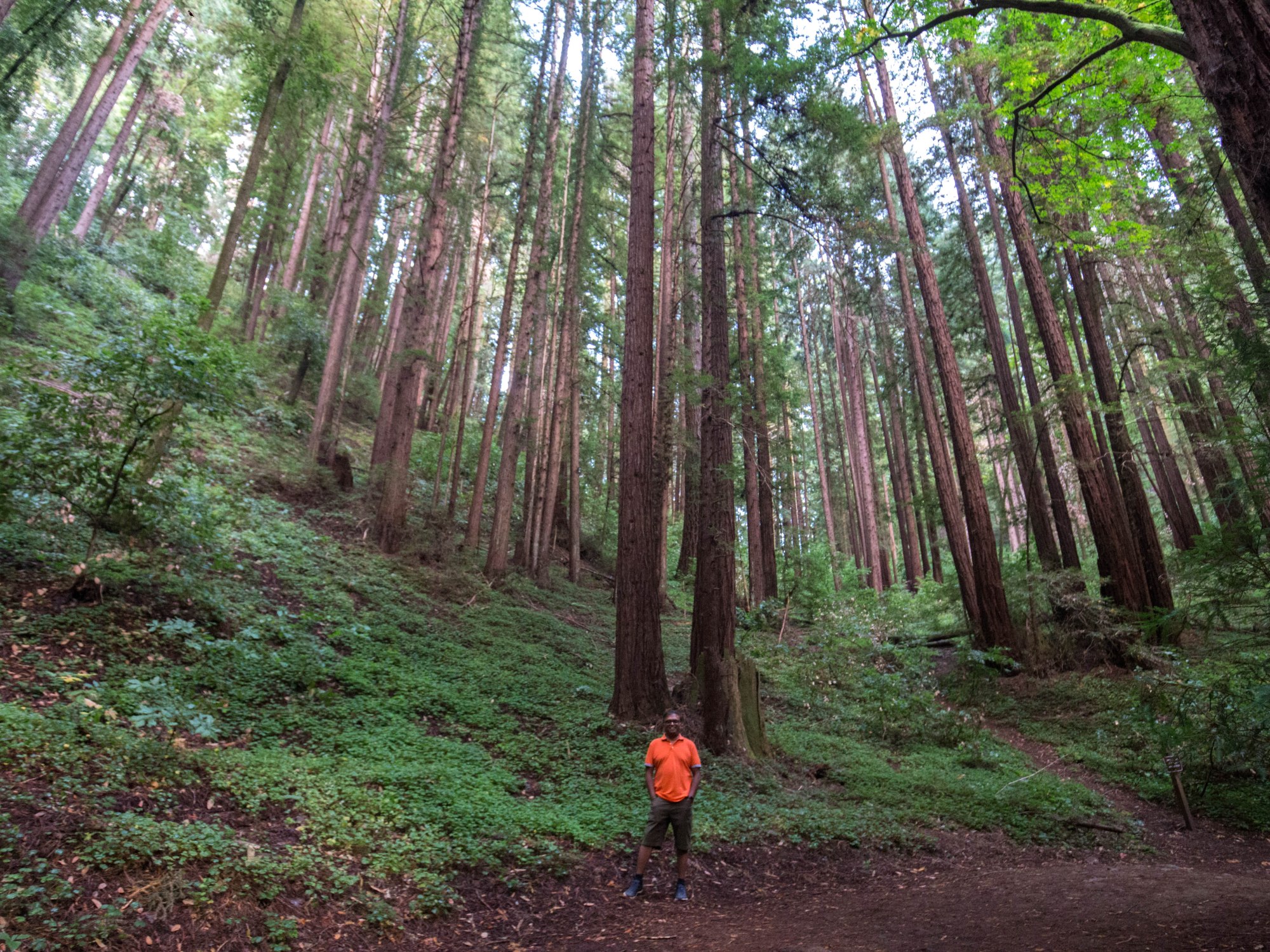 Despite I have been to the bay area so many times, I never had a chance to trek amidst redwoods state park. This weekend, while driving to the Santa Cruz area, I (along with two of my colleagues) took a detour and walked inside the Henry Cowell State Park. We were the only folks in the park, as it was an hour before the closing schedule. Hence, it was extra eery to be there along amidst 100mt tall tree, reminding me of scenes from Planets of the Apes (hence the haunting sound track of the video)

The Redwood Grove comprises old-growth “virgin” redwoods, the oldest trees of which are approximately 1,400–1,800 years old and grow to approximately 91m tall and 4.9m in diameter