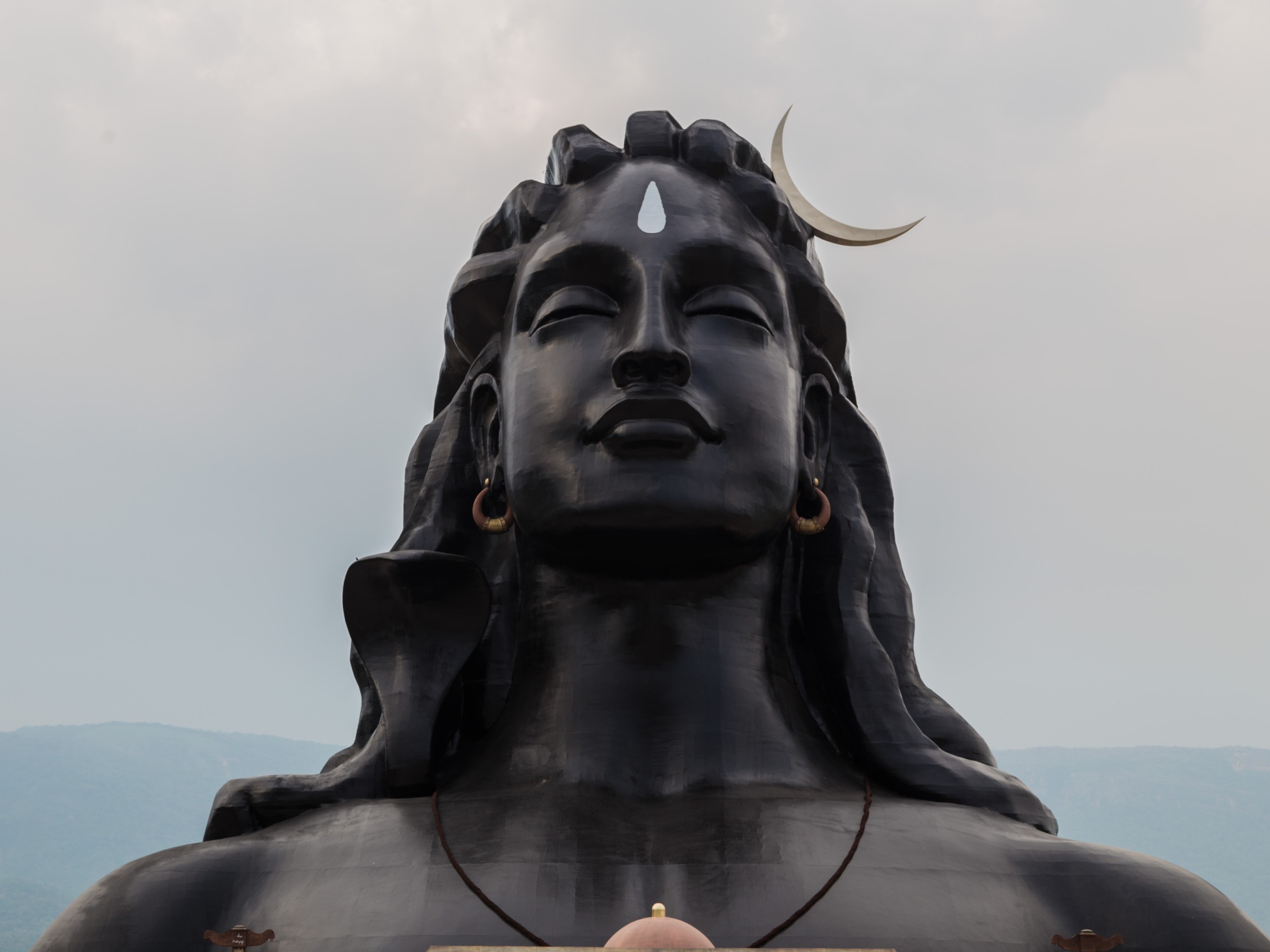 Just about a week ago,  Raghav, who is avid follower of Sadhguru, proposed that we go to Coimbatore for a weekend trip, to visit ISHA Center, .  Given that I like to experience and witness variety of events in my life, I quickly said YES.  I also wanted to see Adiyoga Shiva Statue which was unveiled near ISHA Campus just few months ago.  I had added this visit to my bucket list, when I saw the event LIVE on TV.  However, our plans cancelled due to various conflicts.
But, within 48-hours of our discussion, I got a call from my US sales team, asking me to visit Coimbatore to meet a key prospect, as part of a sales pursuit. I have quickly remembered the saying, universe conspires to make your wishes true, if you wish hard enough.   So, Raghuram Krovvidy and I had a chance to stop at Isha Yoga Center during a one-day business trip to Coimbatore yesterday.
We stopped at Isha Center enroute to Hyderabad, to get a glimpse of the ashram, and most importantly to see Adiyogi Shiva Statue, which most of us witnessed being unveiled LIVE during Shivarathri Festival. Like many of you, I was also fascinated with the imposing statute, and wanted to see it in person one day. Yesterday, happened to be that day.
We asked our Ola driver who earlier dropped us at the client location,  to come back and pick us up, after our 3-hr rendezvous without our client.   We hired him on a fixed bid model for next 6 hours, to take us to Isha Centre, and drop us back at the airport.  We first spent an hour at Isha Centre, walking around the ashram.  Highlight of the visit was to do meditation in Dhyanamandir.   Vibrations and immense energy felt during the meditation was immense, and one must go through that experience, to understand the feeling I am talking about
Post meditation, we took the drive to the huge field, where Adiyoga Shiva Yoga Statue was consecrated.  Seeing the statue LIVE gave us the goose bumps, which can be felt, only when you see it LIVE.  Entire setup, and surrounding environment was breathtaking. Adiyoga Shiva Statue is located at the foothills of  Vellanigiri Mountains, a range in the Western Ghats.  The statue was designed over two years and manufactured within eight months. The bust is cast in steel. The height of the statue, 112 feet, symbolizes the 112 possibilities to attain to liberation, that are mentioned in yogic culture. Sadhguru also said that the height represents the 112 chakras in the human system.
Trivia from Wiki:

The Adiyogi Shiva statue is a 112-foot-tall (34 m) statue of Hindu deity Shiva located at Coimbatore in the Indian state of Tamil Nadu. Designed by Sadhguru Jaggi Vasudev, founder of the Isha Foundation, it was built by the foundation and weighs around 500 tonnes (490 long tons; 550 short tons). Sadhguru said that the statue is for inspiring and promoting yoga, and is named Adiyogi, which means “the first yogi”, because Shiva is known as the originator of yoga.

Adiyogi Shiva was inaugurated on 24 February 2017 by the Prime Minister of India, Narendra Modi, on the occasion of Maha Shivaratri – a Hindu festival celebrated annually in honour of Shiva. The Indian Ministry of Tourism has included the statue as a consecration destination in its official Incredible India campaign. 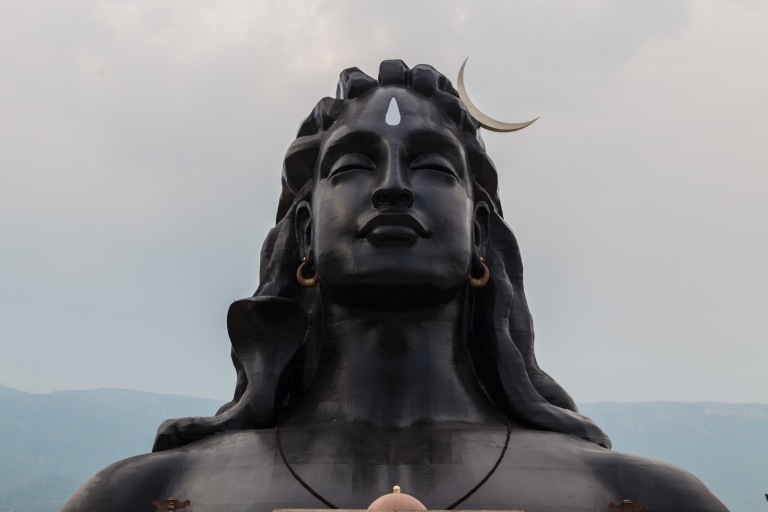 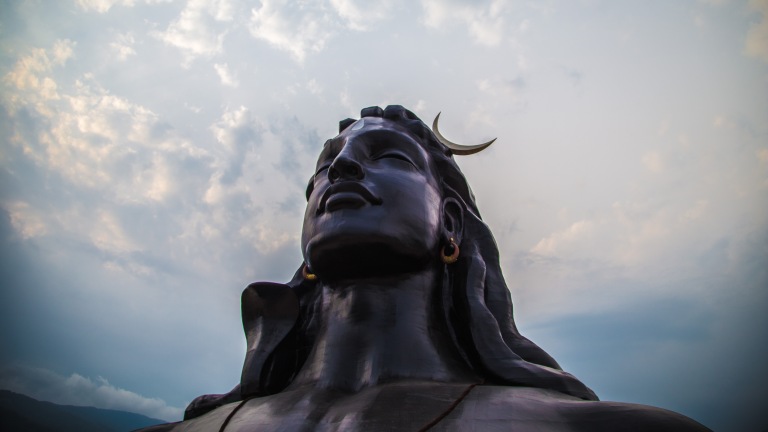 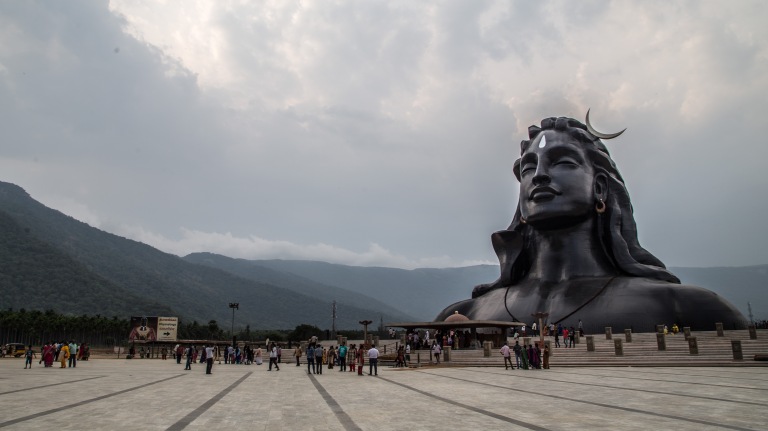 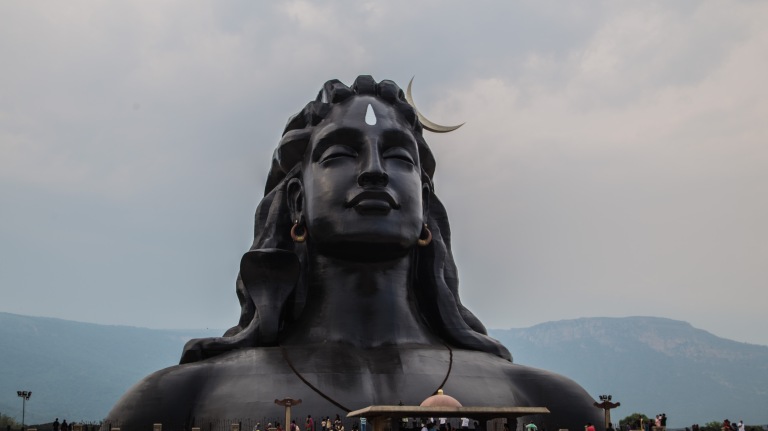 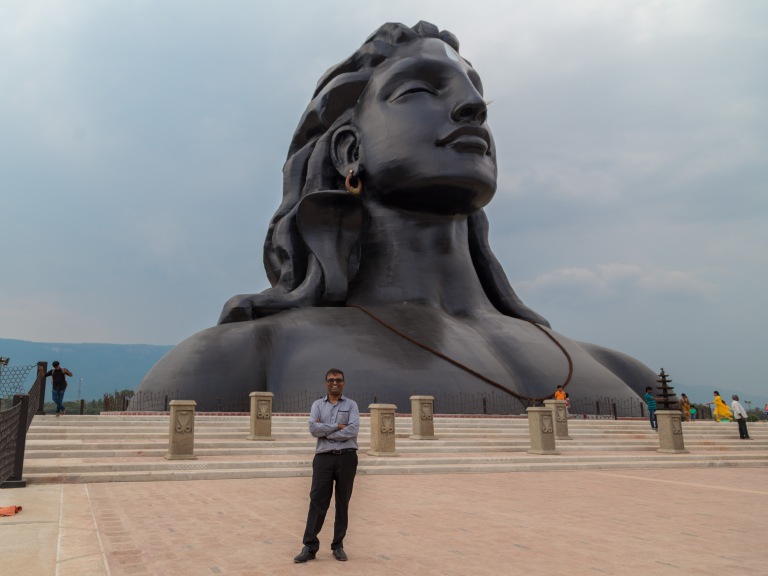 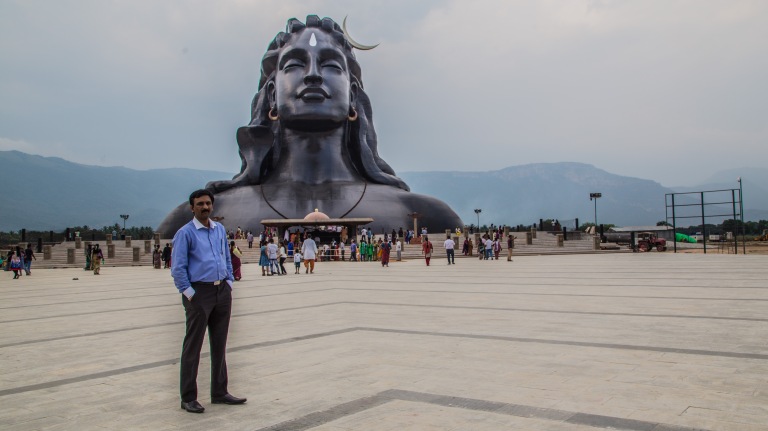 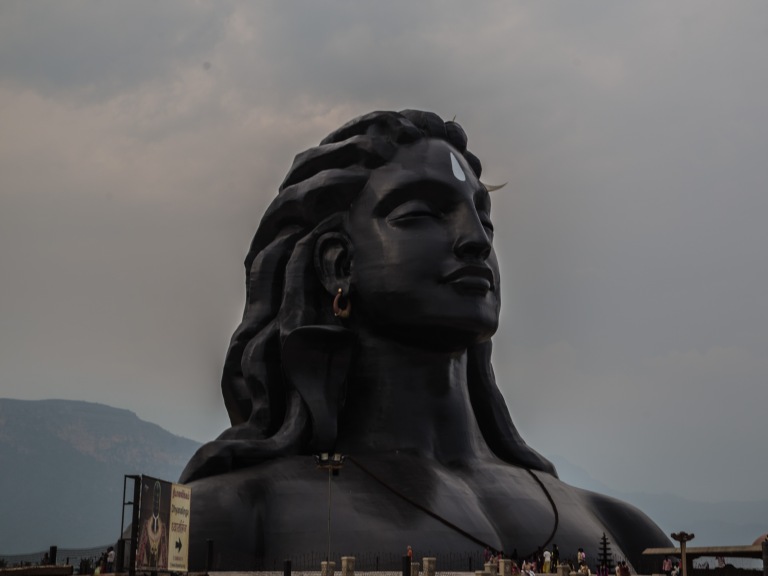 “This face is not a deity or temple, this is an iconic inspiration. In pursuit of the divine, you don’t have to look up because it not somewhere else. Each of the 112 possibilities is a method to experience the divine within you. You just have to pick one. […] The idea is not to build one more monument but to use it as a galvanizing force towards self-transformation.” – Sadhguru 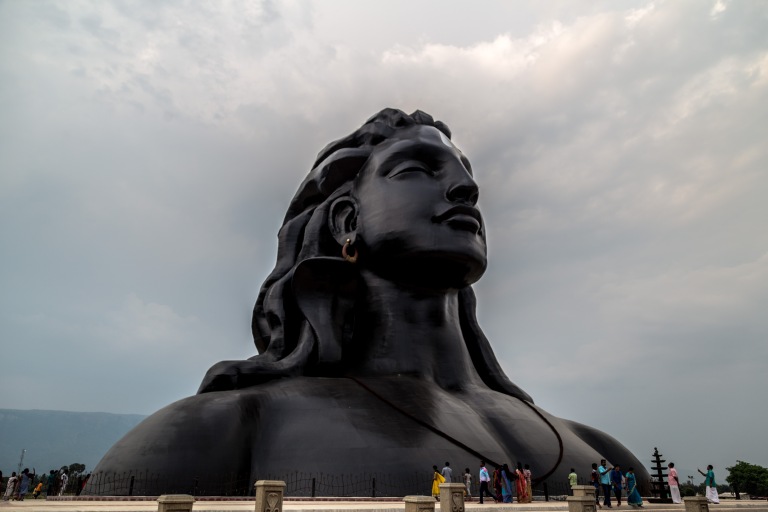 Here are five interesting facts from a post on quora.com:

1) The Face of Lord Shiva statue is made of steel:

The face of Lord Shiva is made of steel. The face is not just for aesthetics, it has geometric significance. A unique way of crafting a metal statue.

2) It took 8 months to build the statue:

It took about 2.5 years to design the face but our in-house team built it in eight months.

According to an official, the whole structure is estimated to weigh around 500 tonnes!

4) The reason behind the statue being 112-foot tall:

Symbolically, 112 is a significant number because Adiyogi opened up 112 possibilities for human beings to reach their ultimate potential. There is also a scientific significance — there are 112 chakras in the human system, with which you can work, to explore 112 dimensions of life.

5) The face of Adiyogi will be the largest face of its kind on the planet:

Shiva is not known as God, but as Adiyogi or the first yogi – the originator of yoga. He was the one who first put this seed into the human mind that one can evolve if one is willing to strive. 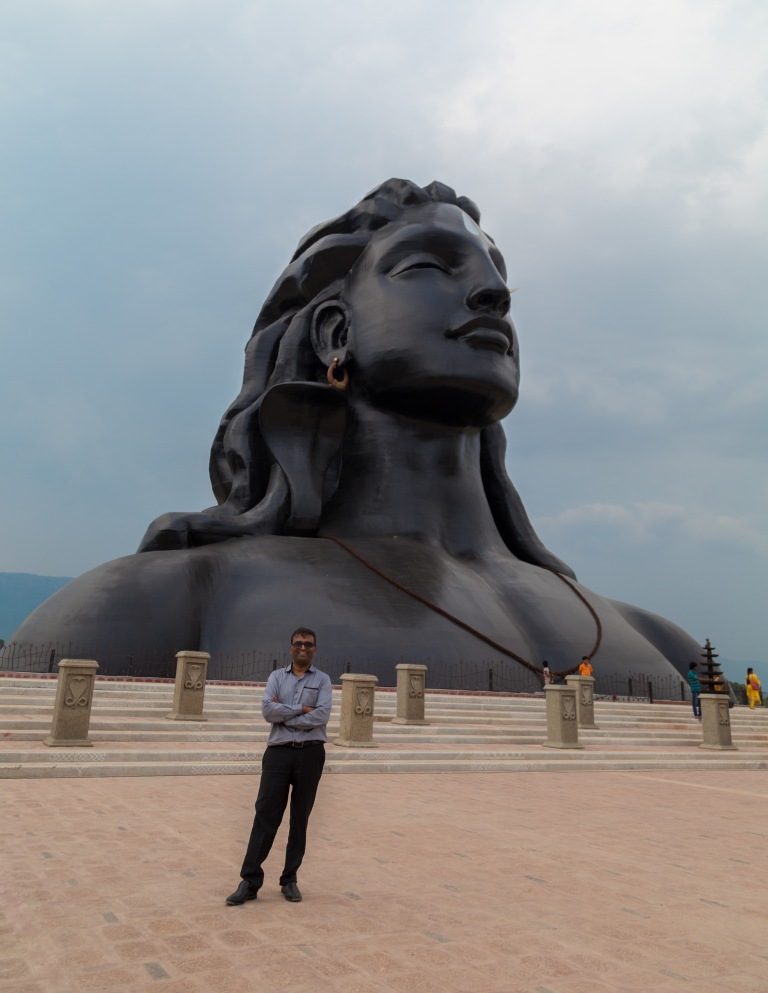 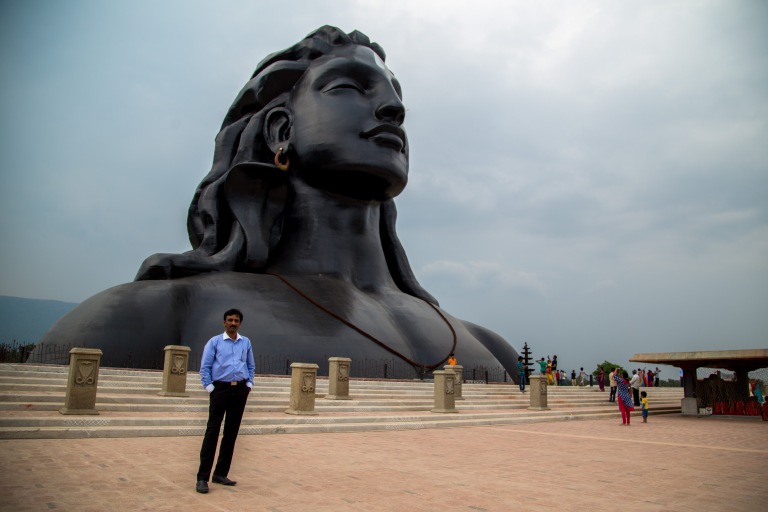 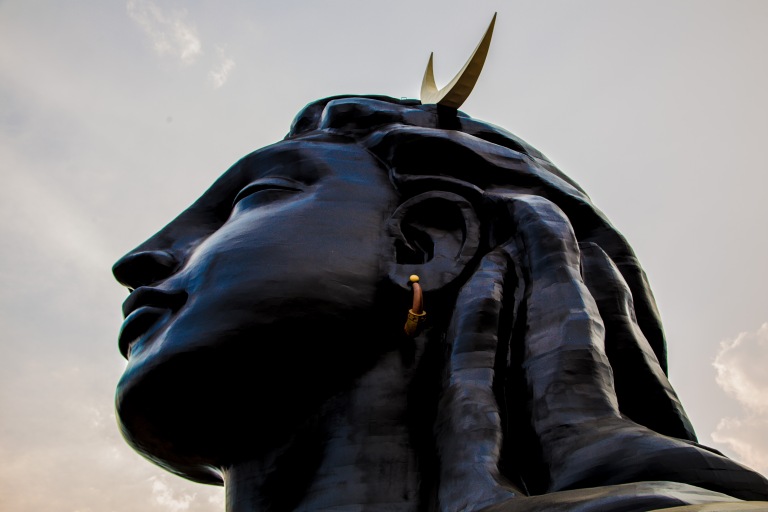 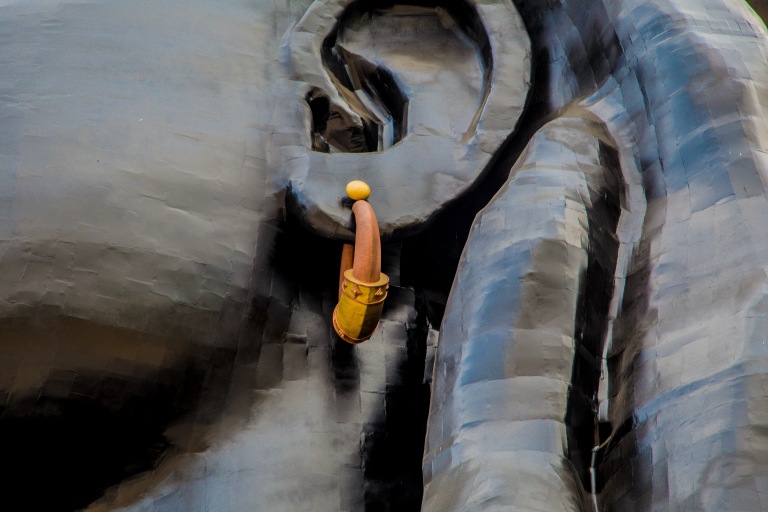 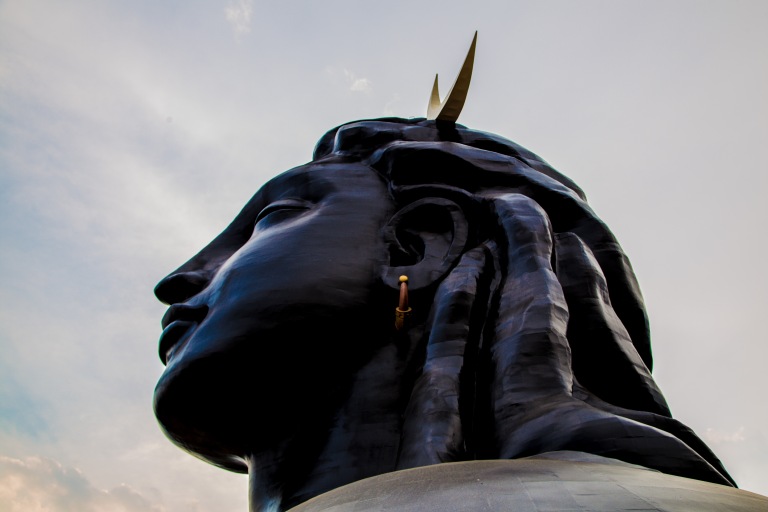 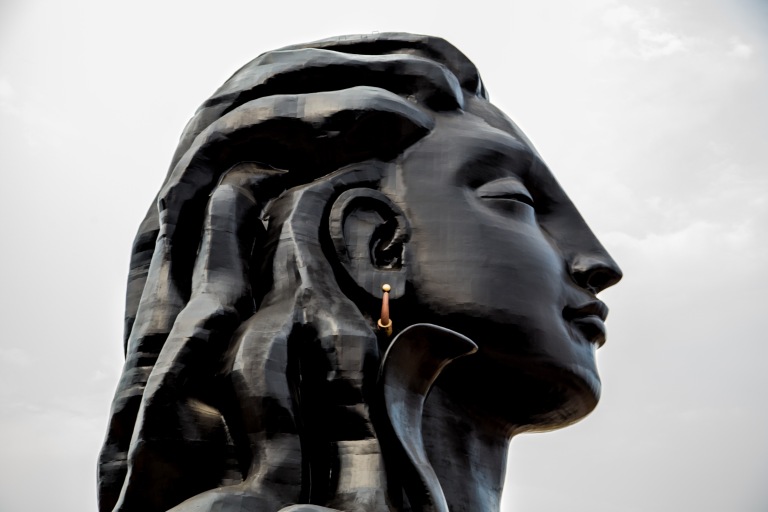 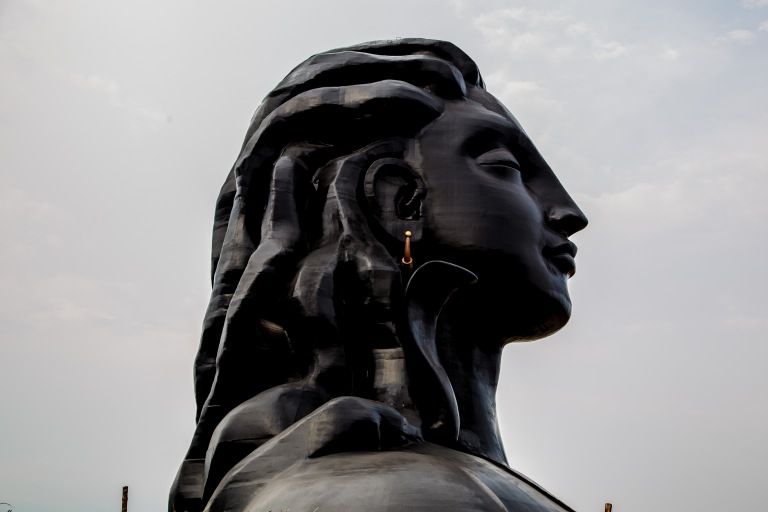 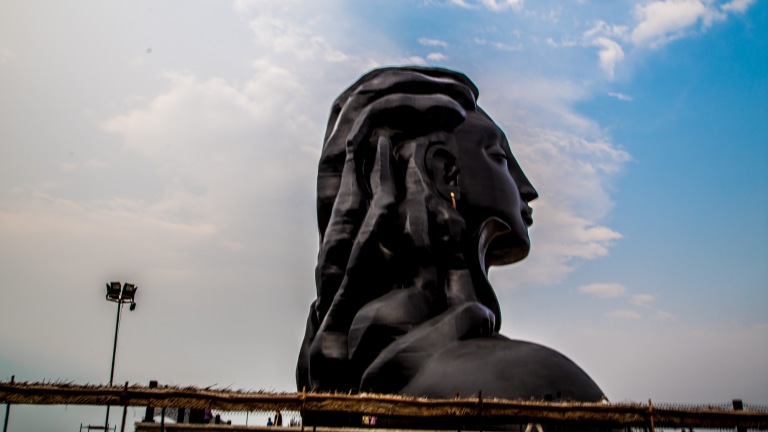 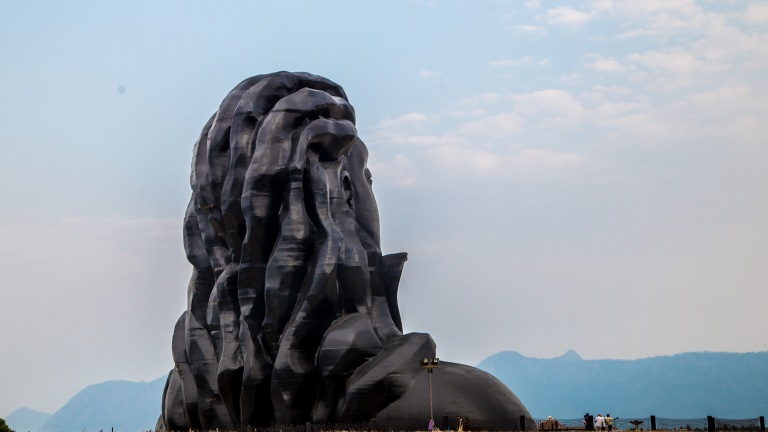 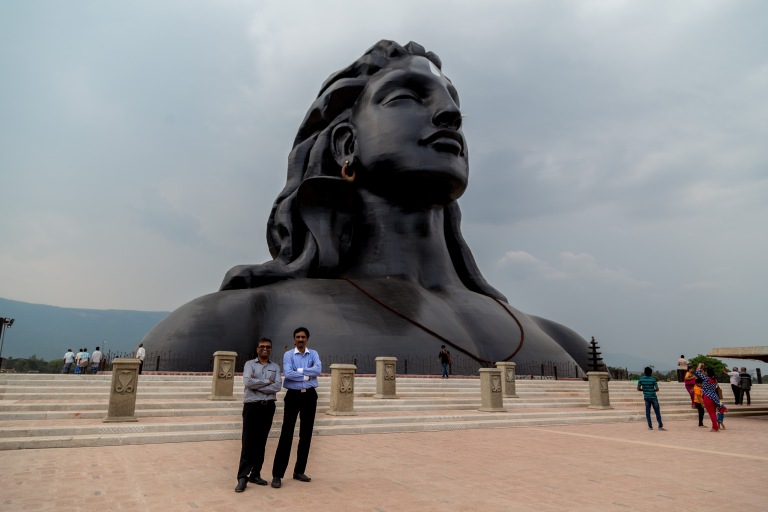 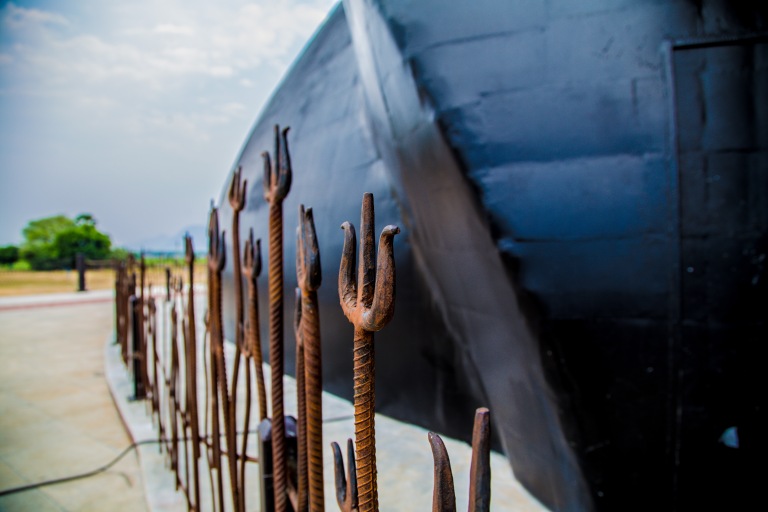 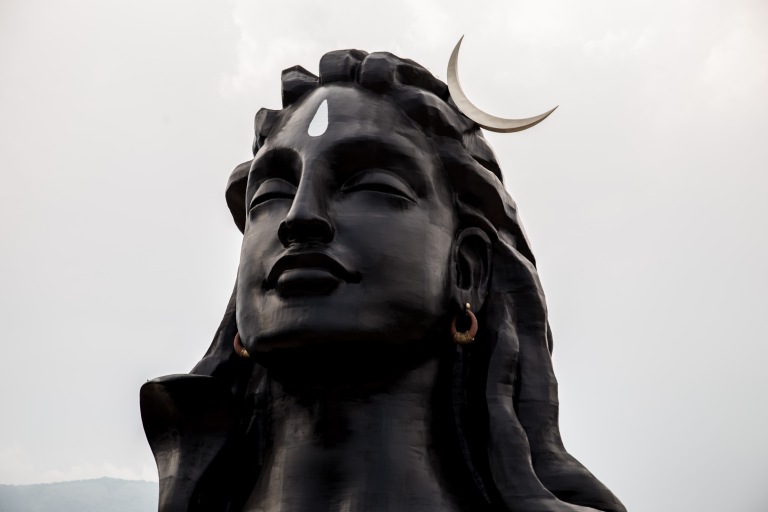 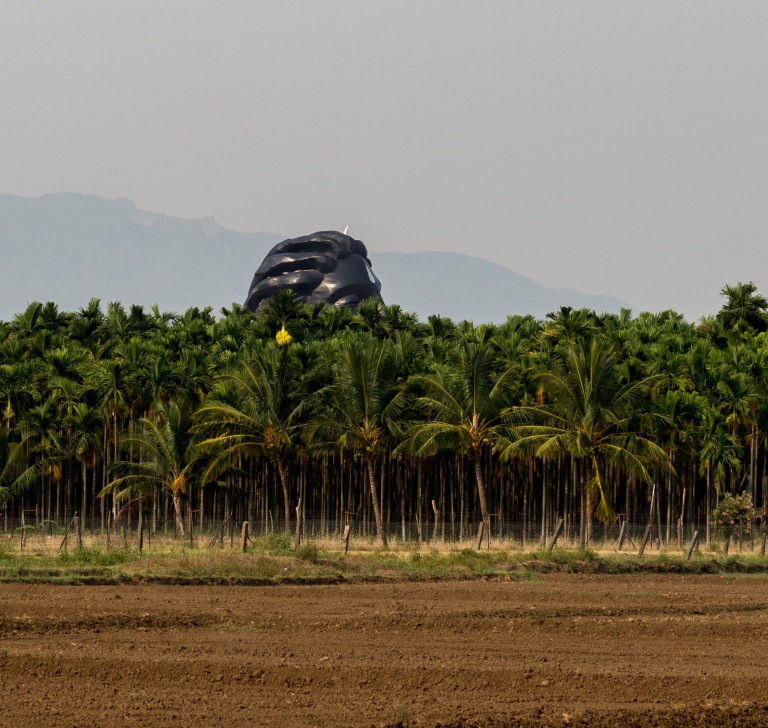 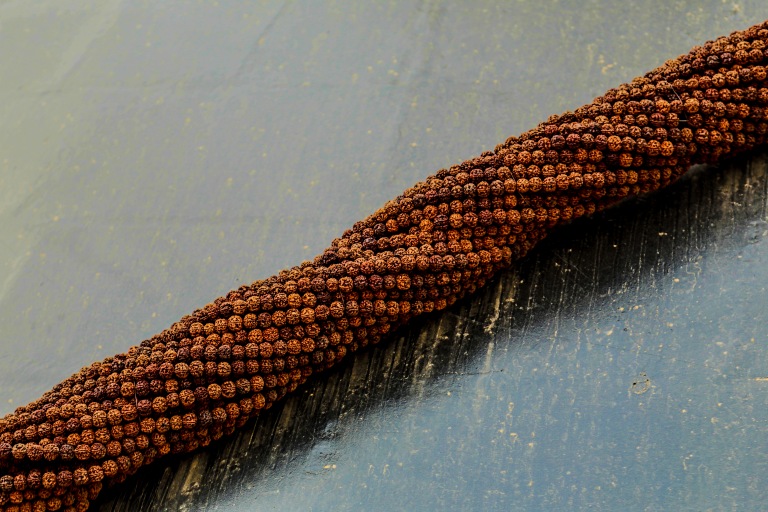 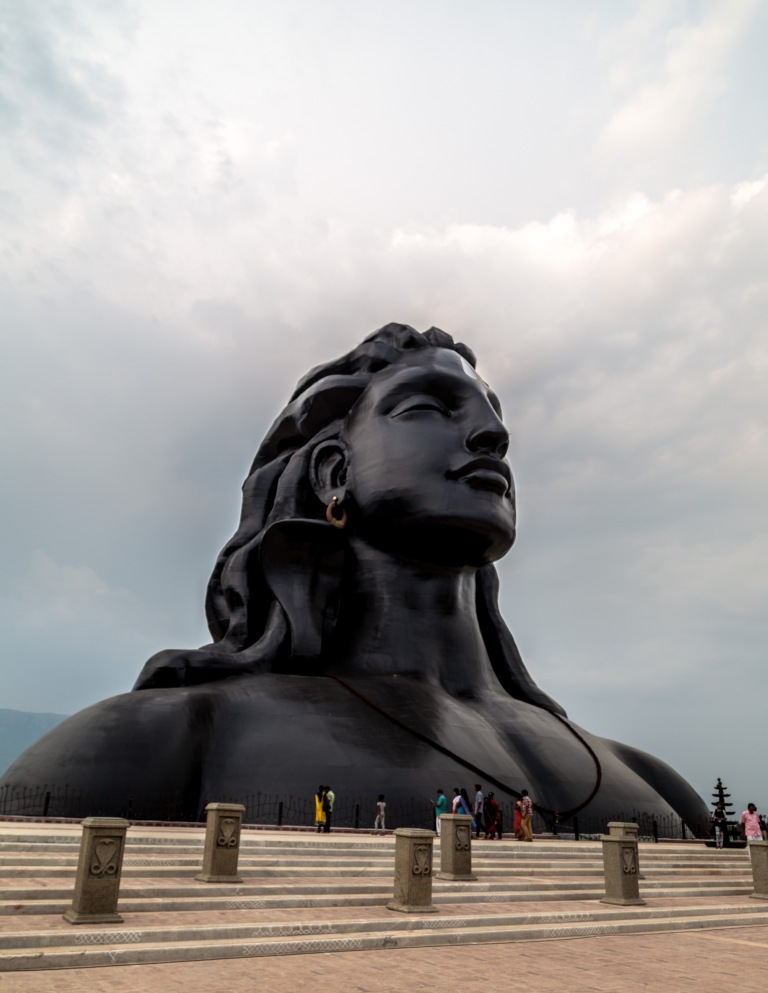 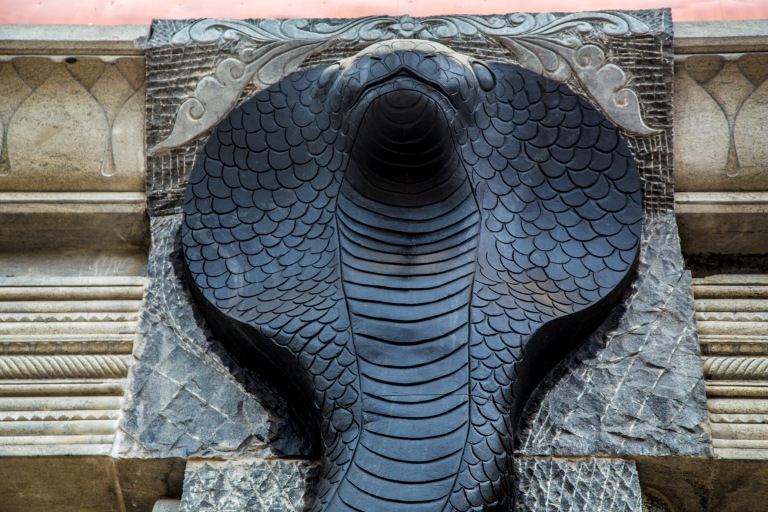 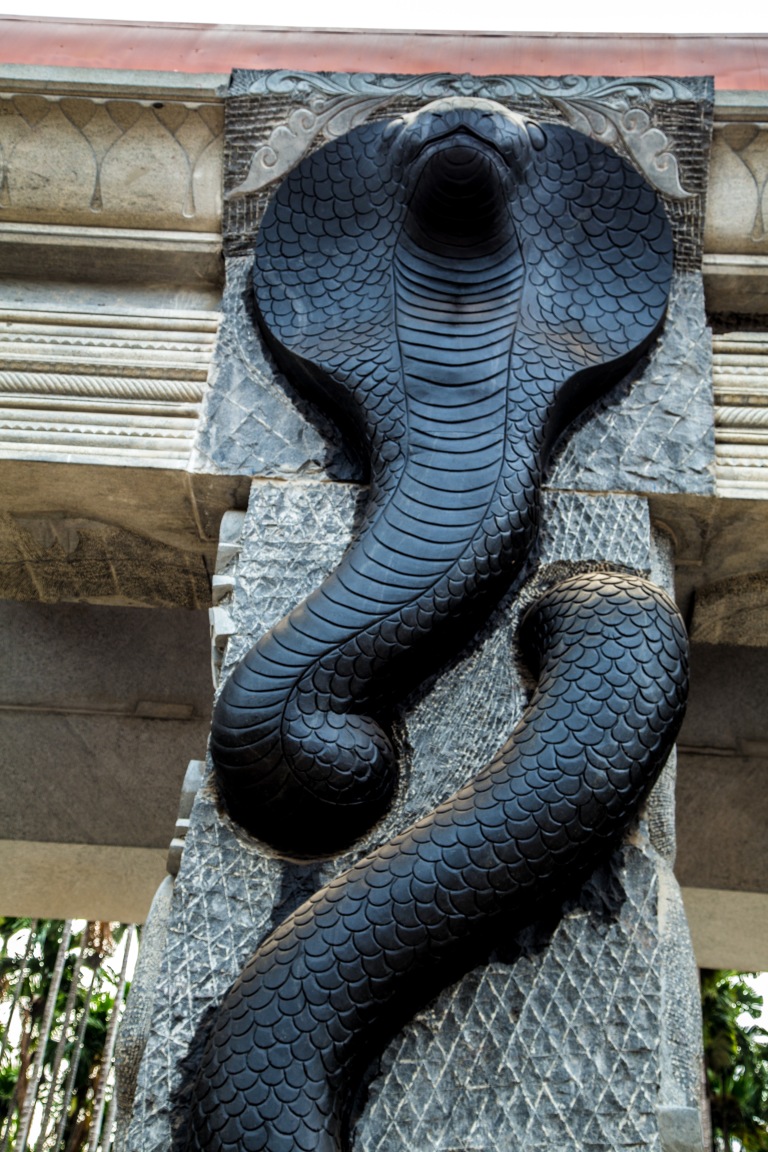 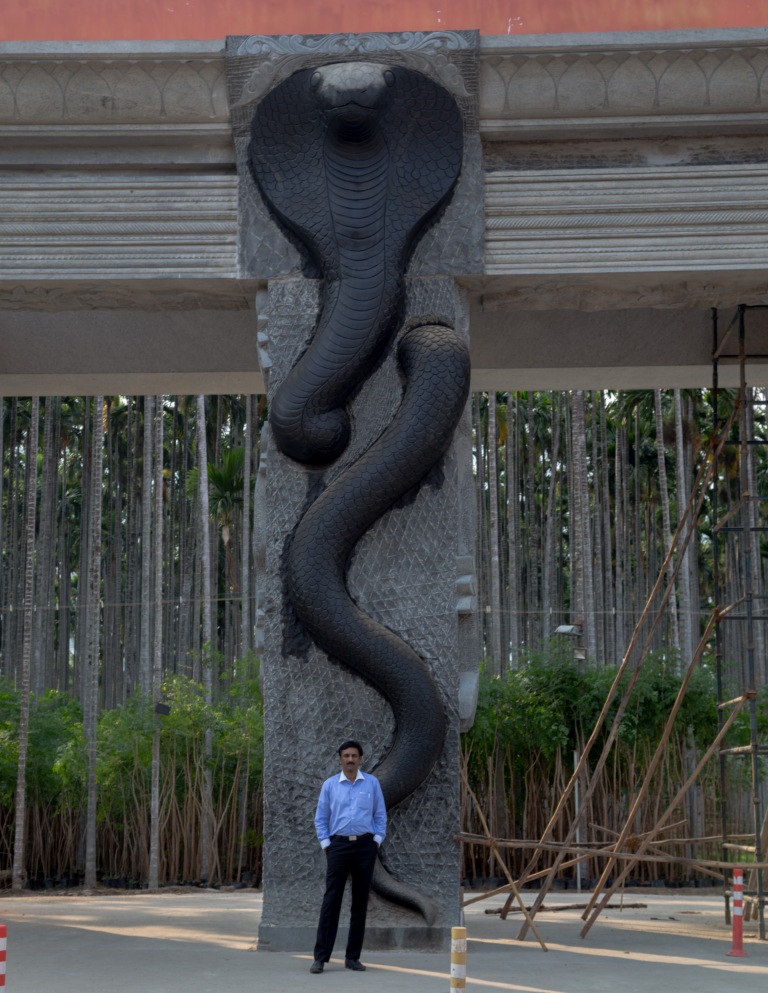 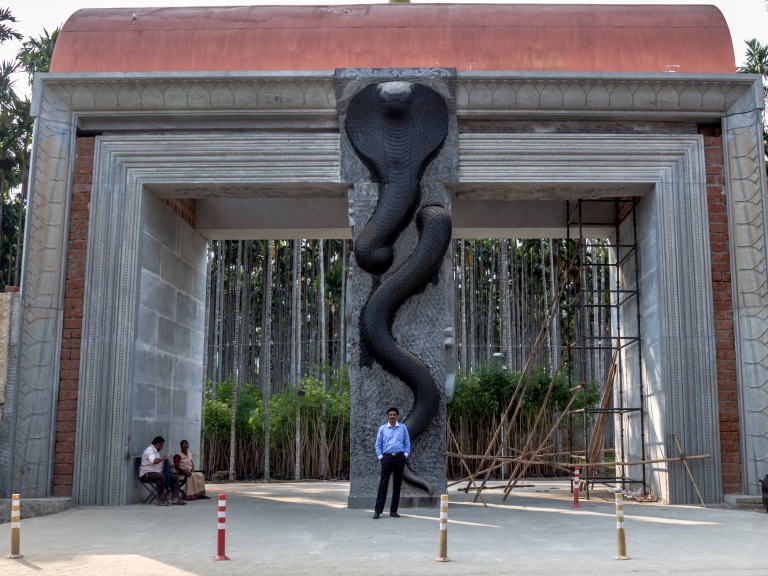 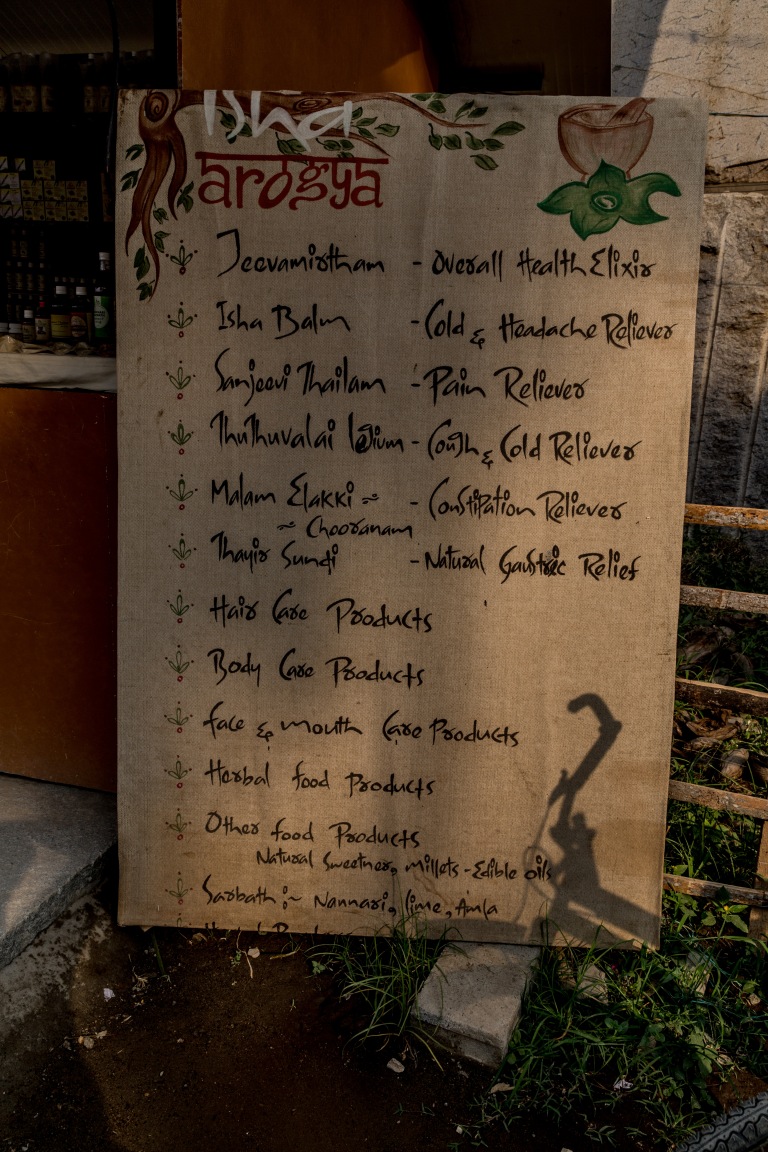 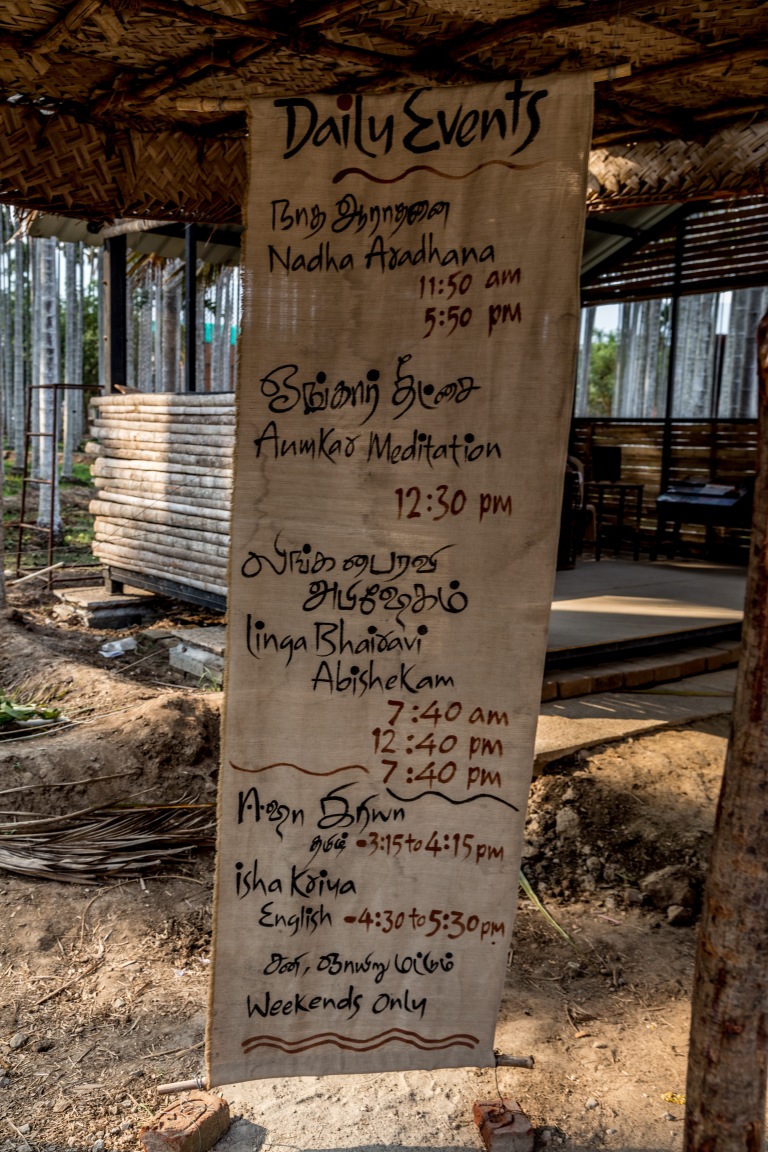