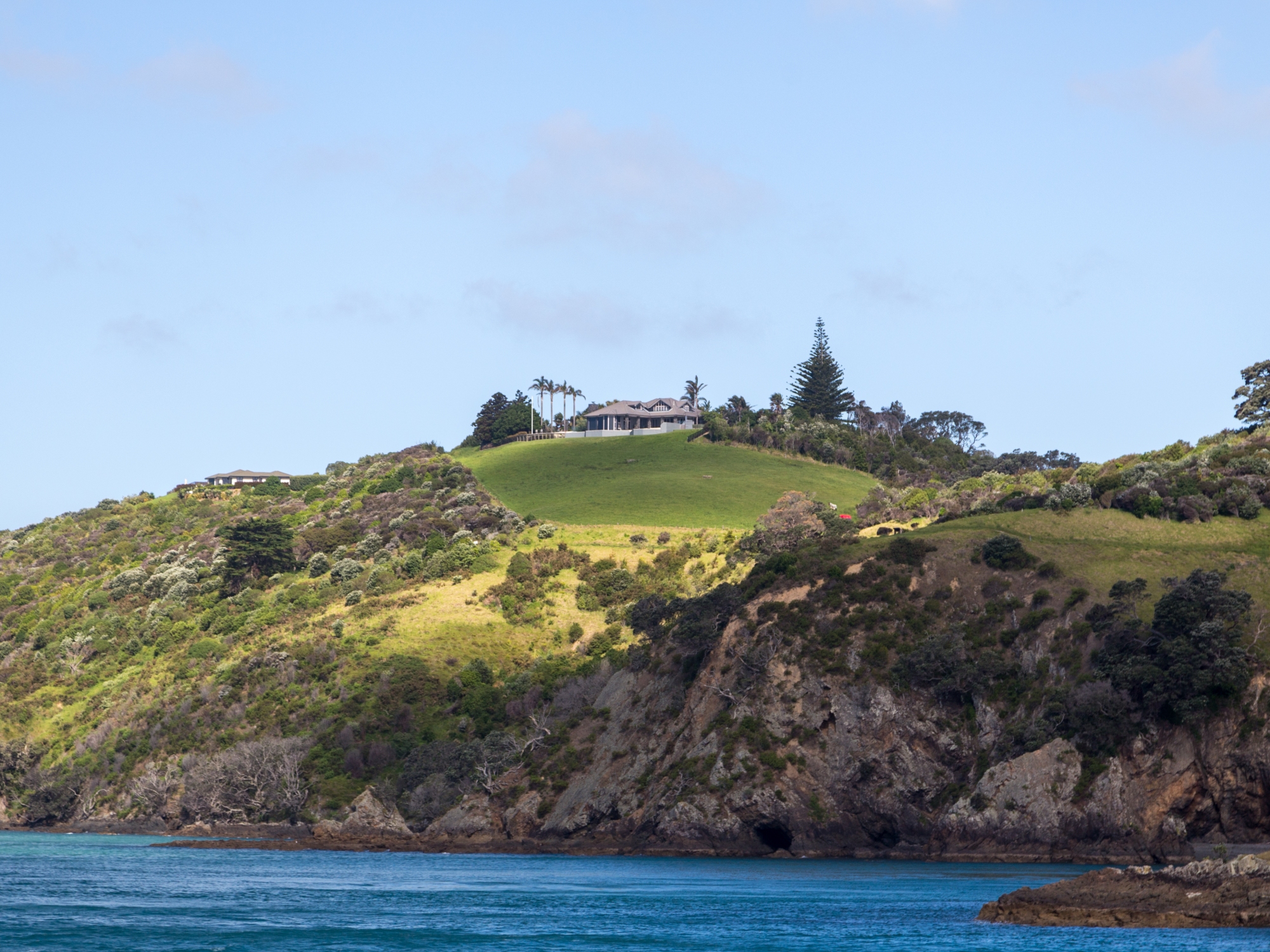 My last meeting Auckland ended at 3PM on Tuesday. I asked my uber cabbie, on what I can do rest of the day in Auckland.  He suggested me to go to Ferry Building which was 12 min walking distance from my hotel in CBD, and take Fuller Ferry Service to Waiheke Island.  It took few attempts to understand the spelling.  I googled it and found that it was 5th best island to visit this year, per survey by Lonely Planet.

I took the Ferry Service which was priced about $36 for round trip.  I took the 4PM ferry service, and it was fairly empty, with school kids, and few islanders returning to their island home from work / school.  Apparently there are about 8000 families living here. Entire upper deck was empty.  I sat on the upper deck with a drink, and enjoyed nice 40-minute ride, and took few video clips and skyline pics.   Once reaching the island, lady at the information desk suggested to me take red bus number 1, and go around the island.  If i had visited on a weekend, i would have spent time riding a scooter or bicycle to explore dozen beaches and vineyards.  I took the ticket to the farthest point in the island, which was Onetangi beach, and it cost $3 NZD for the ticket.

I got down at the beach, and walked for an hour.  Beach was also pretty isolated, and is one of the 12 beaches on the Island.  I took the same bus again back to the ferry, but stopped at the village point on the island, for nice Italian dinner and wine at Fenice Restaurant, and returned back to the city just around the sunset time, to catch night time skyline of the city from the ferry.

Check out the video and pics. 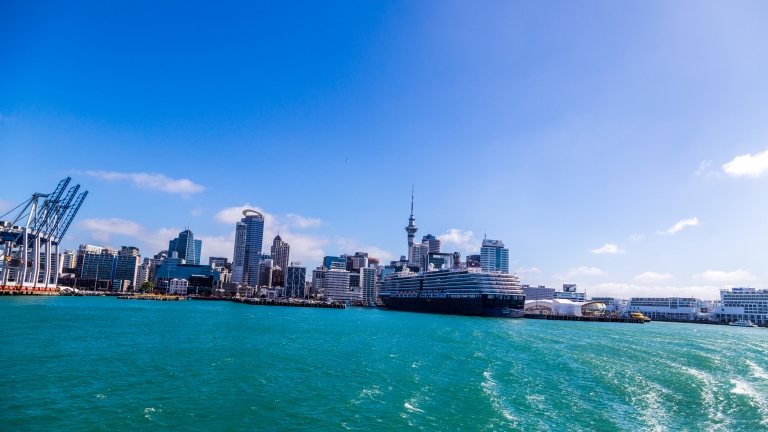 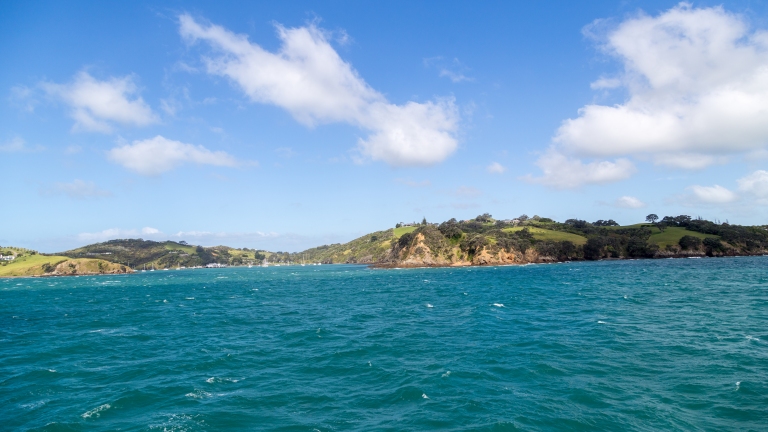 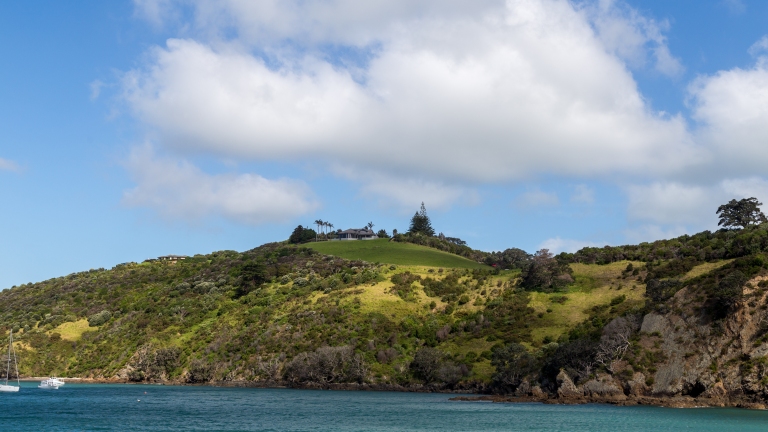 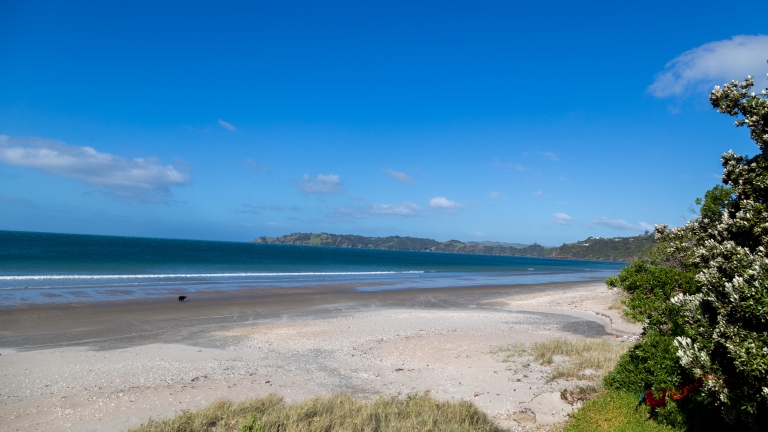 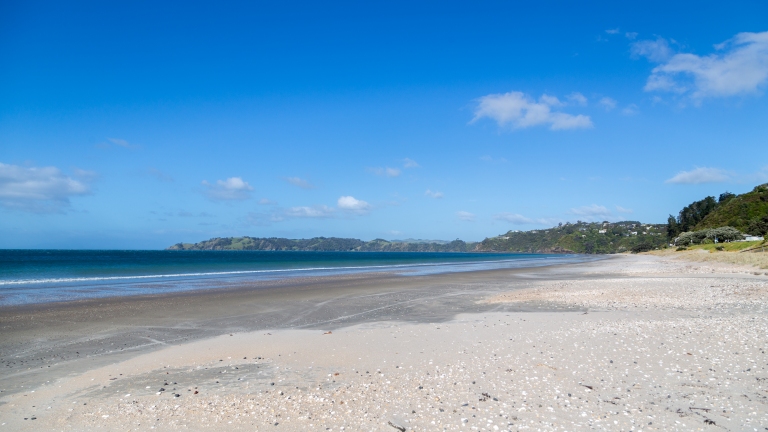 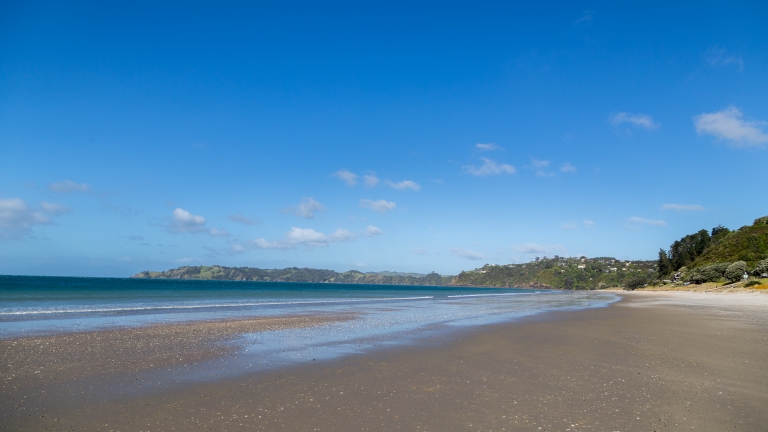 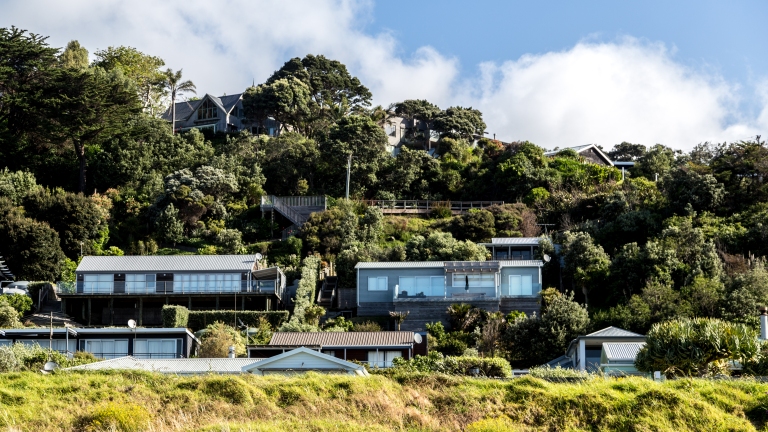 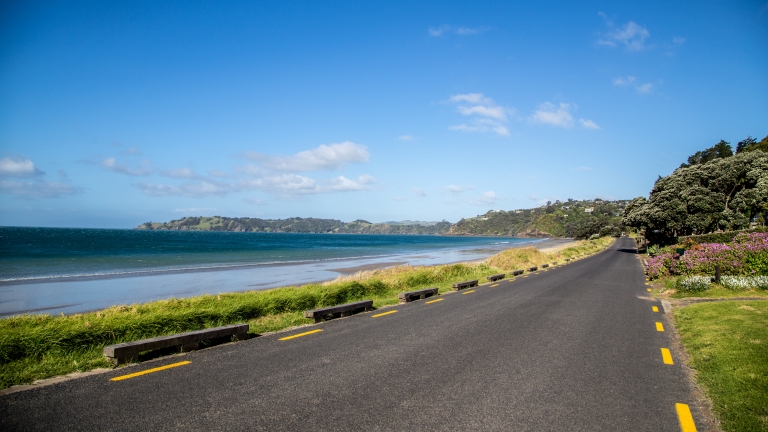 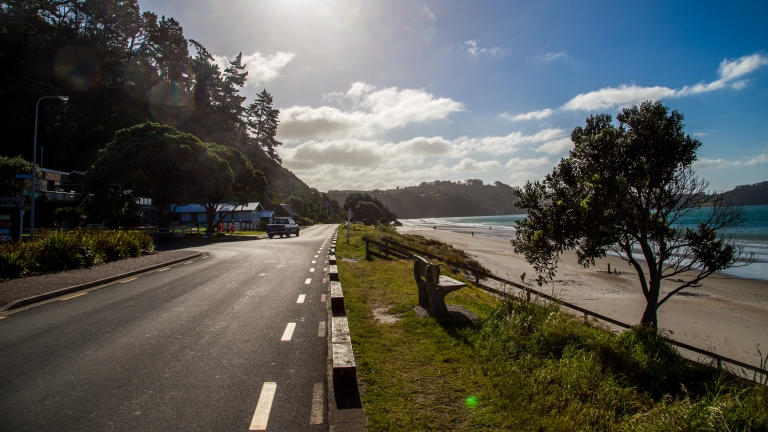 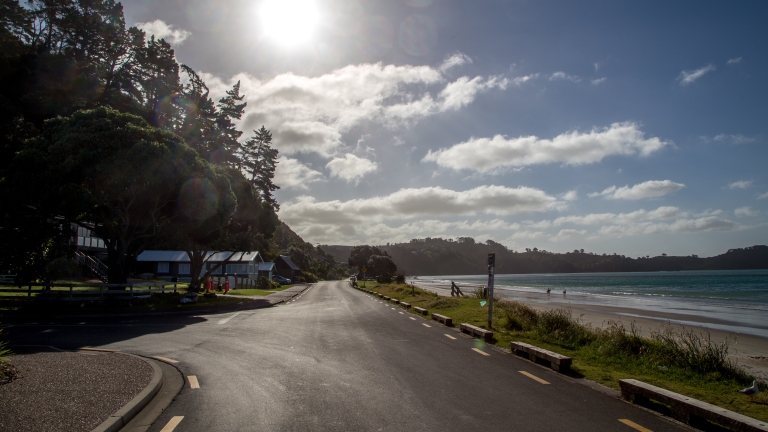 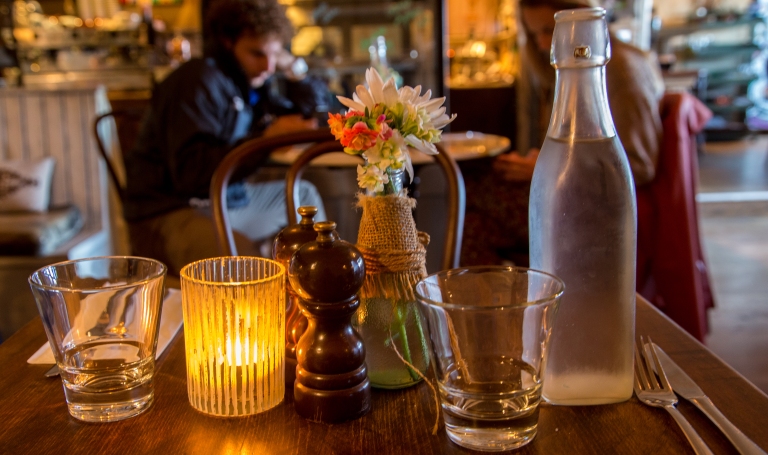 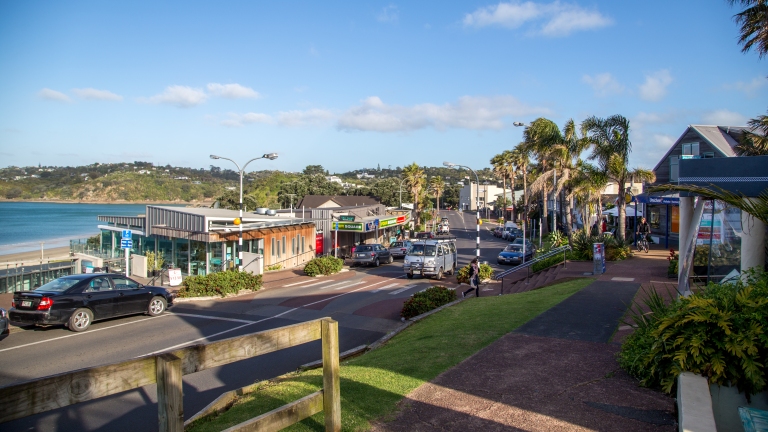 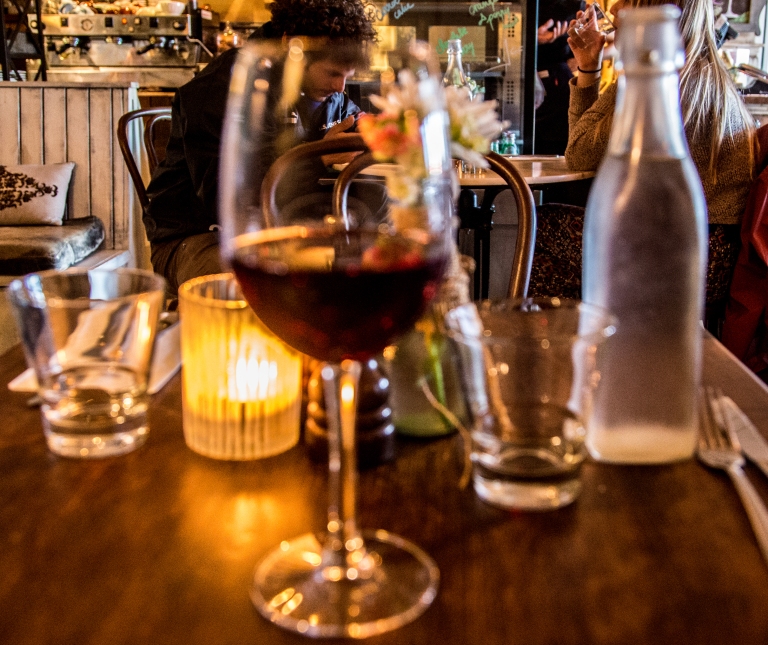 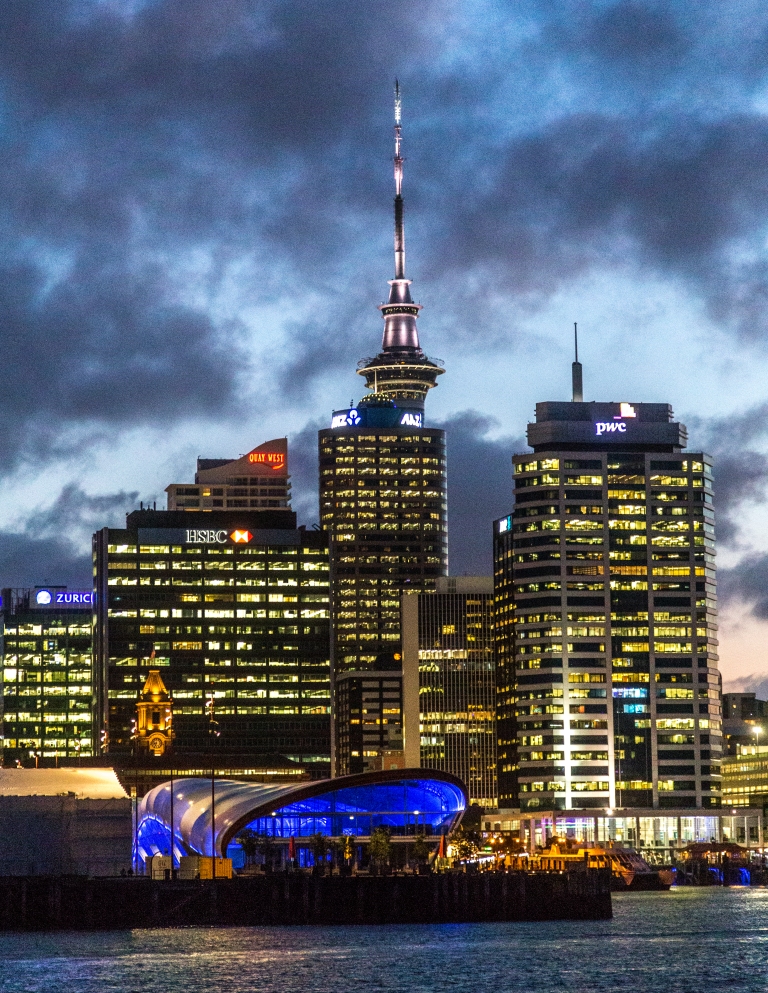 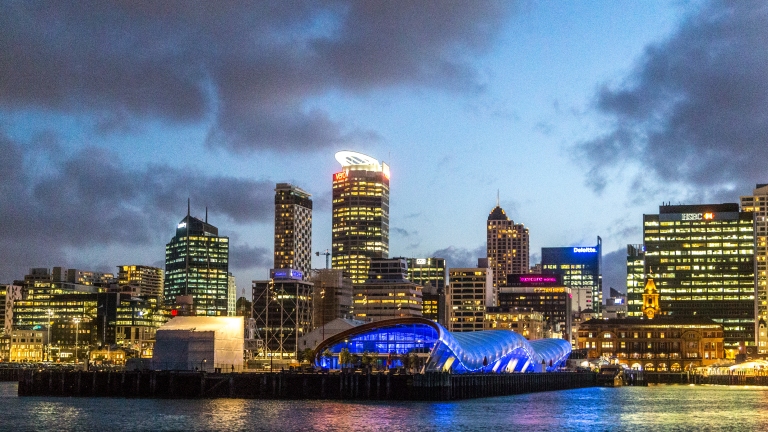 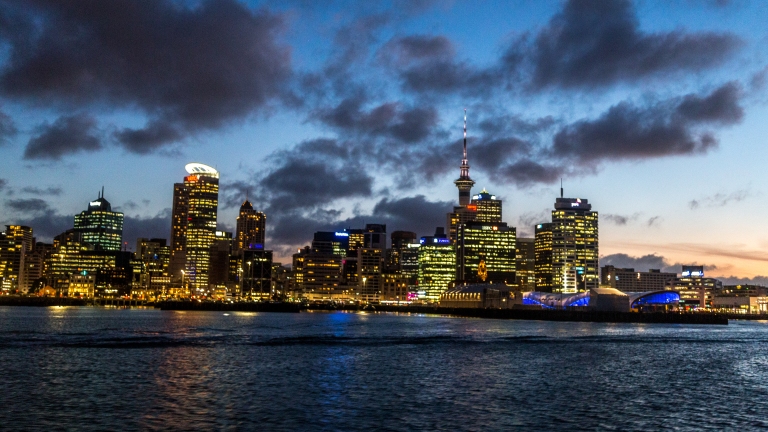 Waiheke Island is in the Hauraki Gulf of New Zealand. It is the second-largest island in the gulf, after Great Barrier Island. It is the most populated, with nearly 8,730 permanent residents plus another estimated 3,400 who have second or holiday homes on the island. It is the most accessible island in the Gulf, with regular passenger and car ferry services, a Waiheke-based helicopter operator, and other air links. In November 2015, Waiheke Island received international attention when it was rated the fifth best destination in the world to visit in 2016 by Lonely Planet and also voted the fourth best island in the world in the Condé Nast Best Islands in the World List

There are many scenic beaches, including: