Shiva and I had a chance to host Graham, our visitor from UK this week.  On the day 1 of Graham’s trip, we just had about 4 hours for the city tour, post our lunch at Trident.   We took a quick stop at our home at Indu Fortune Fields and savoured Masala Chai served by Radhika. Then we took a long ride to Charminar, highlights of which you can see in the below GoPro footage. Footage in the video may appear much scarier, than what it is in reality (due to 4X fast forward)

We took the service from official tour guide from the state tourism department to learn the trivia (which I keep forgetting some of it) of this iconic monument.  We scaled about 55 steps to go to the first floor, and took a look at sprawling and bustling old city, and were actually able to identify Golconda Fort which is more than 10 miles away.  There is a popular belief there is a underground tunnel (which is now collapsed) between Fort and the Charminar (built as an escape route).  Visits to others top two floors is now banned, due to tragic incident which occurred few decades ago. If you do know already, Charminar is apparently constructed to commemorate eradication of Plague disease, which struck Hyderabad in 1500s.

We noticed an interesting type of service offering (read it as “new way of making money”) on the streets of Charminar.  We have had multiple folks approaching us to take our pic for INR 10 per pic.  The person said, “Sir, we will take your pic, with your camera at a strategic angle, and  you just pay INR 10 per pic, and we will ensure that full Charminar and all of you will appear nicely in a frame”.  I thought, INR 10 is not bad at all. I gave the camera to him.  By the time, we were about to pose for him, he clicked 5 pics, and then again another 5 pics, and said fee is INR 100.  Then we felt, it is not such a cool deal at all, given the quality of pics that he took.

Then we took the Tuk Tuk ride to Golconda fort (typically a roller coaster type of expeirence for external visitors, which is caputred on GoPro), and spent an hour on the base section of the fort.  Each time I go to the fort, I get to learn different trivia about this imposing structure.  We spent time on inner areas of the base section, and learnt about engineering marvel that went behind the construction of this fort.   We did see how acoustics are used to communciate and send messages between various part of the fort, just by clapping.  We are able to see two minarets of Charminar even from the Golconda fort too

We concluded the city tour with final stop at replica of Puri Jagannath temple in Banjara Hills. We ended the evening with dinner and drinks at newest brewery  and the “most happenning” place in town called as Prost Brew Pub

Footage of 4 hours around Minar and Fort.

60-second footage of Charminar on GoPro 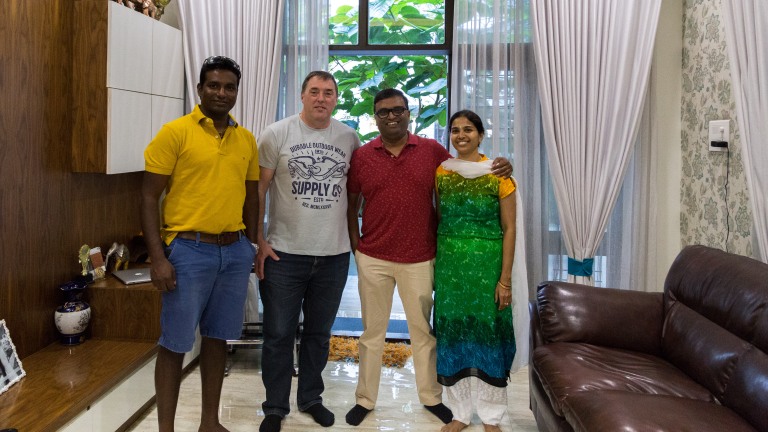 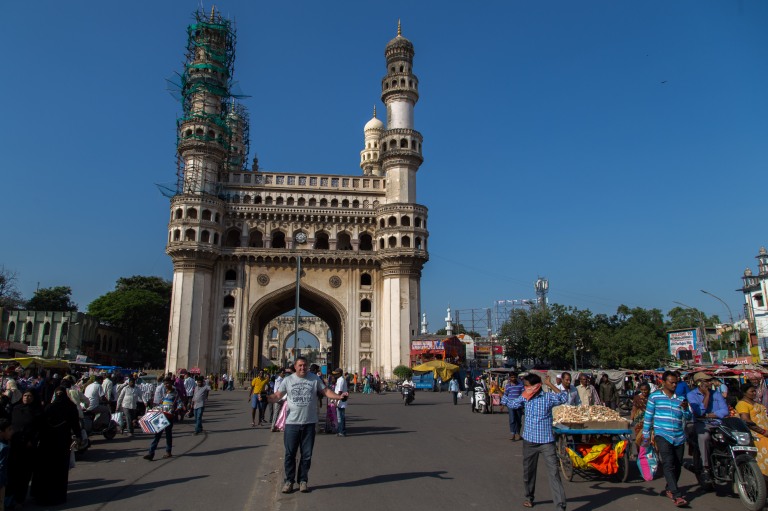 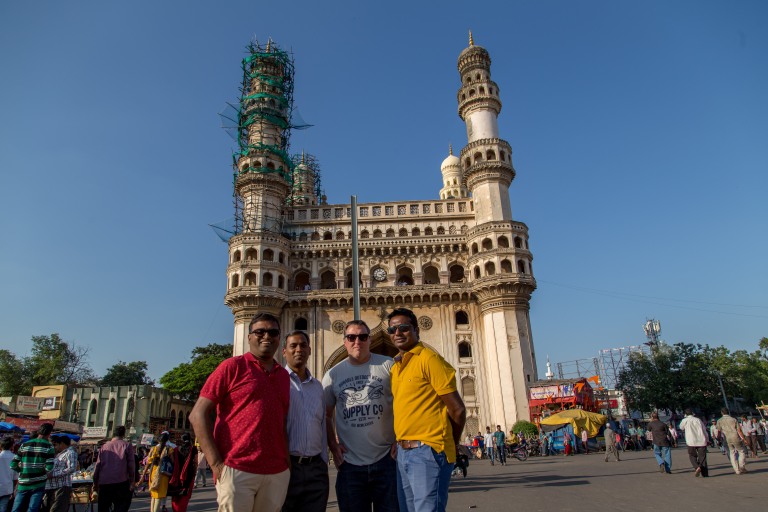 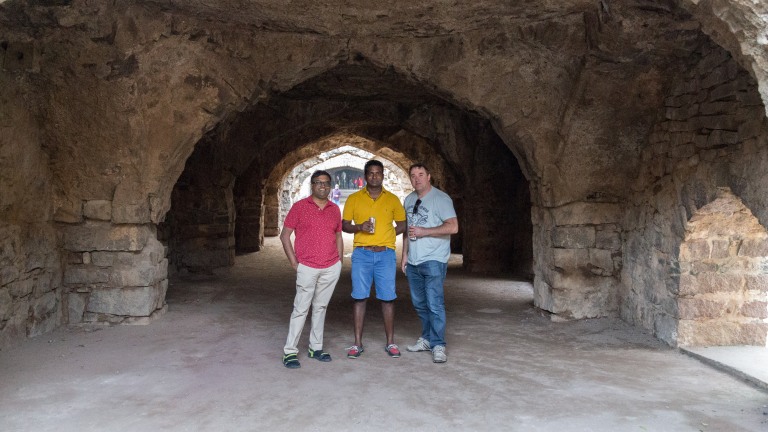 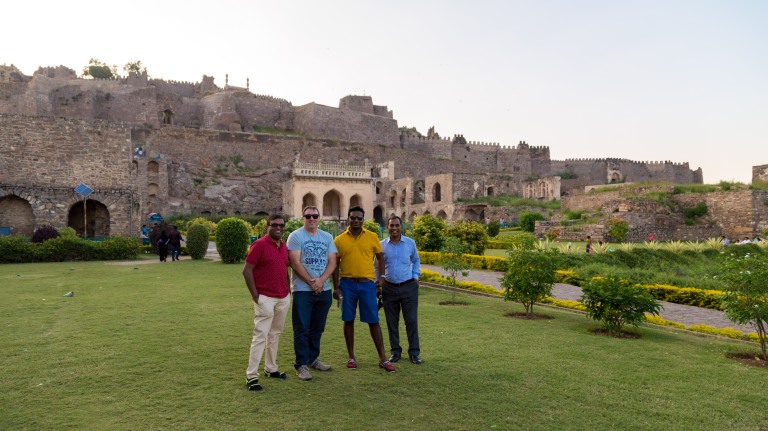 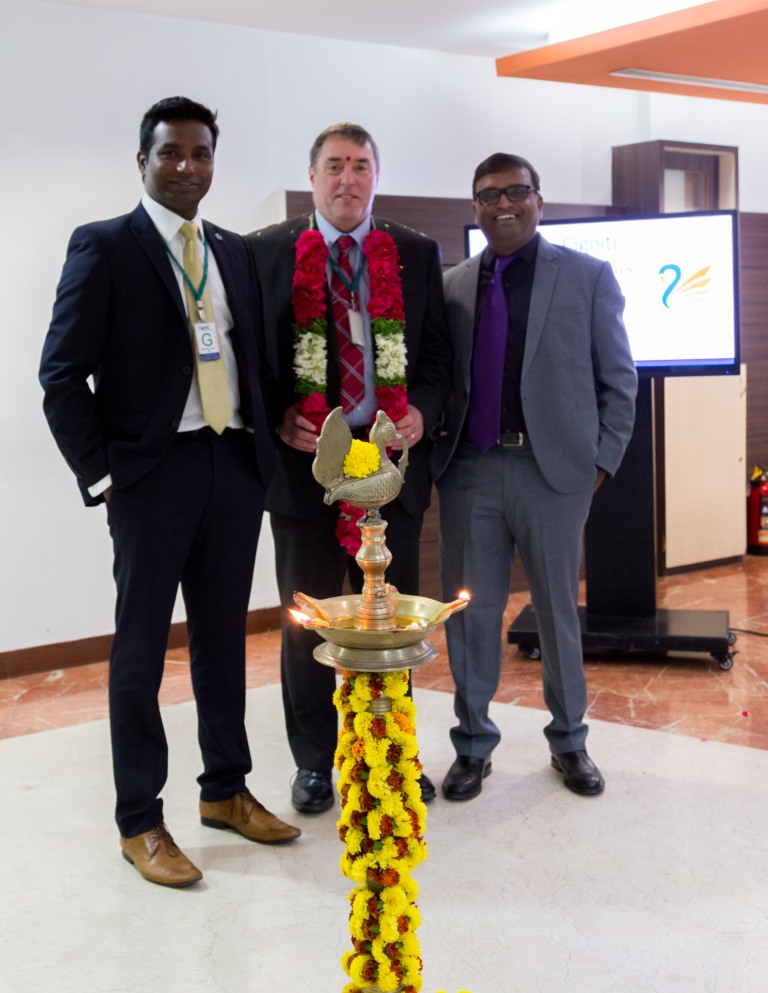