I have watched critically acclaimed “NEERJA” movie yesterday, along with Radhika. As most of you know, it is based on true story of NEERJA BHANOT who pretty much single handedly saved 350 passengers travelling on ill fated PANAM 73 flight, when it was hijacked in Karachi Airport (while it was enroute to JFK), by 5 terrorists armed with rifles, hand grenades, and revolvers. It’s a story of courage, quick thinking, and selfless act by Neerja (who was flying PANAM for the first time as head purser) just 2 days before her 23rd birthday during September of 1986

Though we knew the story and how it will end, movie kept us engaged and interested. Look and feel of 1986 is well maintained through out the movie, including costume and dress-up of various characters in the movie. Final 10 minutes of the movie is quite heart wrenching and is difficult not to become teary eyed, when Neerja’s mother gives an ode to her daughter on the eve of first anniversary of her death and a recipient of bravery award, and desperately hoping and wishing that she would get one more chance to see and hug her daughter

Top notch acting by Shabana Azmi (mother), Sonam (Neerja), her dad, and couple of bad guys, makes viewing a treat and endearing to watch. I am sure some of these fine actors will now be flooded with some various awards this year. Movie is of just 2 hours’ duration, without active cinematic foreground songs (or it appeared as if there were no songs). Do listen to the couple of background songs on Saavan, as they are quite good. One about “mother” is really good, and I am sure to use it as sound track this year for one of my upcoming videos.

Yes, do watch the movie.  It is good to see Bollywood making movies based on true events, in both entertaining and gripping format with rich production values.  As a audience, we should watch them on big screen (instead of encouraging piracy), and encourage the production houses  (so that they will feel it worthwhile to keep making such movies)

My own tryst with PANAM:

I flew PANAM for the first time to come to my home in Hyderabad, India  from Houston (Texas), in the  Summer of 1990 (check the link) on a popular scheme (sponsored by AMEX Card at that time) which earned me 40,000 FREE miles.  I had used these miles for my second trip to India for my marriage with Radhika in the summer of 1991 (just about 25 years ago now) on PANAM and travelled completely FREE. It was a cool and  widely popular deal among students at Texas A&M College where I was studying. PANAM filed for bankruptcy shortly few months after that, owing to series of financial mishaps and multiple disasters.

Few images sourced from the internet: 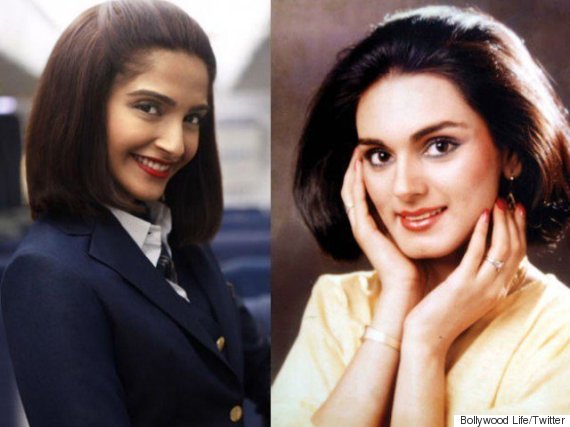