Please be sure of browse part 1 of the blog series, for context on exploration of Ellora caves. Part 1 primarily discusses and documents of grandeur of Kailasa Temple, which is inside Cave Number 16.  This blog documents what we saw caves other than Cave 16, and includes pics of sculptures and structure that we saw in the caves that celebrated Buddhism and Jainism. 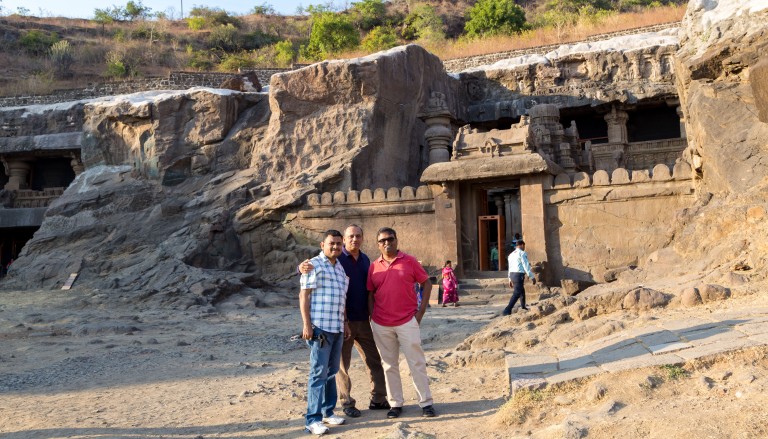 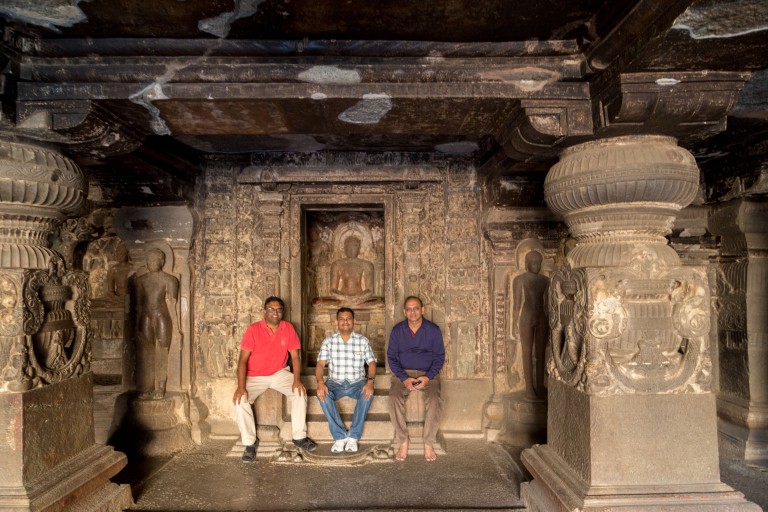 Buddha chant by our guide in Cave 10 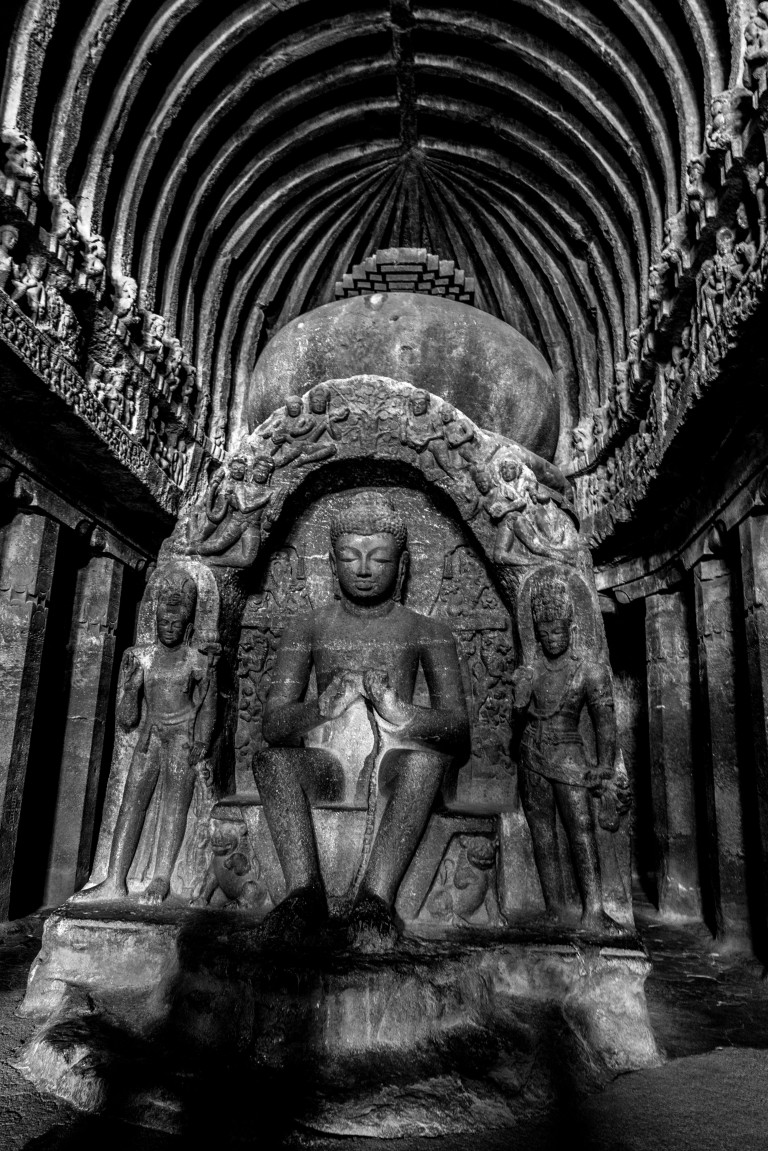 The five Jain caves at Ellora belong to the ninth and tenth centuries. They all belong to the Digambara sect.[10] Jain caves reveal specific dimensions of Jain philosophy and tradition. They reflect a strict sense of asceticism – they are not relatively large as compared to others, but they present exceptionally detailed art works. The most remarkable Jain shrines are the Chhota Kailash (cave 30), the Indra Sabha (cave 32) and the Jagannath Sabha (cave 33). Cave 31 is an unfinished four-pillared hall and a shrine. Cave 34 is a small cave, which can be approached through an opening on the left side of Cave 33. Amongst other devotional carvings, a place called Samavasarana can be found in Elora caves. Samavasarana is of special interest to Jains, as it is a hall where the tirthankara preaches after attaining omniscience.[13]

Cave 10 is a vihara with eight cells, four in the back wall and four in the right wall. It had a portico in the front with a cell.[14] Possibly served as a granary for other viharas. The Vishwakarma (Cave 10) is the only chaitya griha amongst the Buddhist group of caves. It is locally known as Vishwakarma “celestial architect” or Sutar ka jhopda “carpenter’s hut”. It follows the pattern of construction of Caves 19 and 26 of Ajanta. On stylistic grounds, the date of construction of this cave is assigned to 700 A.D. The chaitya once had a high screen wall, which is ruined at present. At the front is a rock-cut court, which is entered through a flight of steps. Upstairs, on either side are pillared porticos with chambers in their back walls. These were probably intended to have subsidiary shrines but not completed. The pillared verandah of the chaitya has a small shrine at either end and a single cell in the far end of the back wall. The corridor columns have massive squarish shafts and ghata-pallava (vase and foliage) capitals. The main hall is apsidal on plan and is divided into a central nave and side aisles by 28 octagonal columns with plain bracket capitals. In the apsidal end of the chaitya hall is a stupa on the face of which a colossal 3.30 m high seated Buddha in vyakhyana mudra (teaching posture) is carved. A large Bodhi tree is carved at the back. The hall has a vaulted roof in which ribs (known as triforium) have been carved in the rock imitating the wooden ones.[16] The friezes above the pillars are Naga queens, symbolic of the monsoon, as well as dwarfs as entertainers, dancing and playing musical instruments.[