When I returned from US for the first time 25 years (you read it right, I am on this planet for awhile now), my friends and cousins were asking me to bring Nike Shoes, RayBan glasses, and then a decade later requests moved in the range of electronic gadgets, and then it moved to exclusive mobile devices which are yet to be released in India. In the last decade, they have stopped asking for all of that too, for two reasons. There is one in every family in Hyderabad who is outside India, and other reason is that one can get everything in India.   Now my kids or his friends / cousins only wish for me to bring Donuts (Dunkin or Krispy Kreme) when I am coming home from ANZ/US/UK (or even ME). Now this item is also removed from list of things to bring.  Read on, to know why ?

When news flashed on FB that Dunkin’ Donuts is opening its first outlet in Hyderabad, I can see of excitement in the air, amongst everyone who knows the brand. In the parallel world, Diabetic industry is excited that these outlets further accelerate Hyderabad’s race to become Diabetic capital over the world (if not one already). I only heard about long lines (and saw the pics on FB) outside Starbucks when it opened in Hyderabad, as I was outside India. Since this time, I am in town; I went to InOrbit mall to see ‘mania’ in person, to see Hyderabadis rush to grab the first donut from Dunkin’ Donuts.

There were zillion folks in the queue when Aniketh, Rohan, and I reached the mall at 11AM.   Estimated wait in the queue was said to be 2 to 3 hours.   Revanth was already at the mall with his friends at 9:30AM and they grabbed two dozens of donuts in 30 minutes, and was 274th Hyderabadi to reach the Holy Grail.   He offered left over donuts to Aniketh, and but he promptly rejected saying, “I came all the way to experience the Mania”. I told him, I will wait at Starbucks and can’t stand in the queue and decided to capture few glimpses of the craze. However, after 30 minutes in the queue, Aniketh gave up and opted for Mocha at Starbucks and enjoyed the donuts offered by Revanth.

60-second movie can be viewed below . I have also included audio clip from popular celebrity “RJ Shiri” based in Dallas, who discourages unhealthy choice of consuming sugar bomb, aka, any type of Donuts.

Finally, did we like the Donuts? Nope. They weren’t fresh and fluffy. I guess, they might have prepared zillion donuts day (or two) in advance, given the huge crowd that they were expecting.

At our home, Radhika does not allow Donuts more than 3 or 4 times in a year.  My next visit to this place could be probably after 4 months.  To be fair to Hyderabadis, I am sure the craze is limited to a week or two.  Contrary to first week craze for Starbucks, I hardly see any crowd in Starbucks around the town now.  I guess everyone wants to claim that they have checked out the latest new outlet in town on its day one, hence the insane crowd and long lines.  Also,  Dunkin was smart and misleading in their advertisement of FREE DONUTS FOR 365 DAYS for those who visit them on day one. 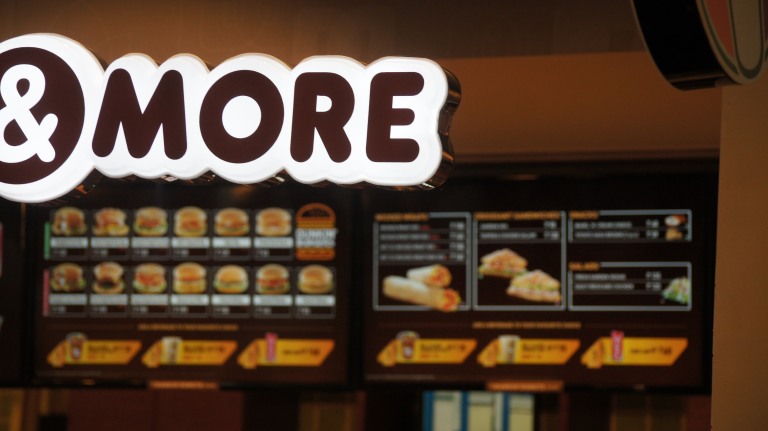 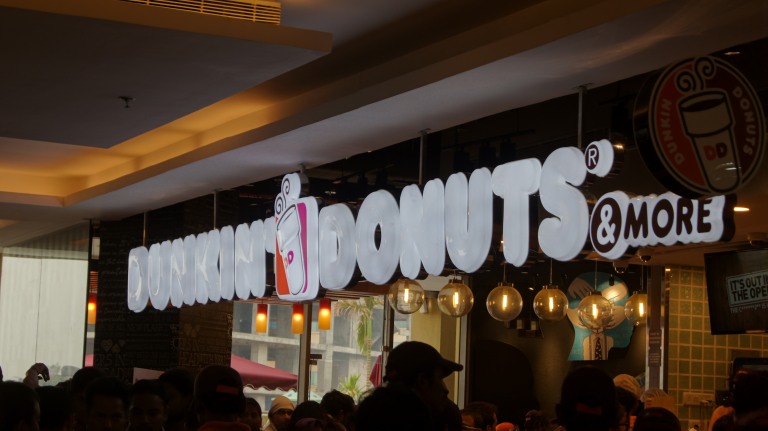 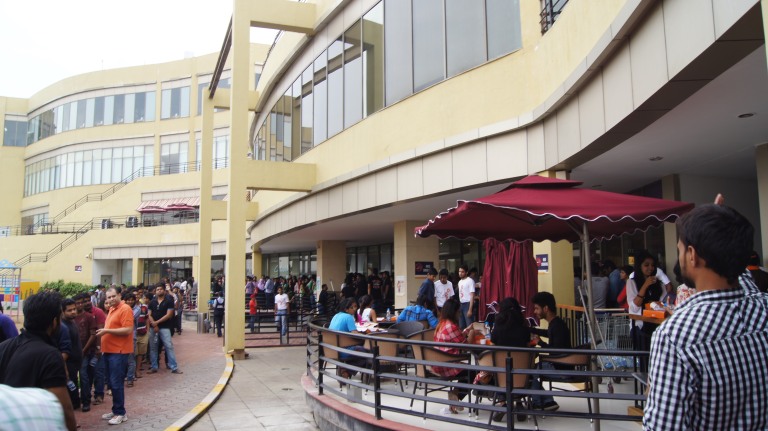 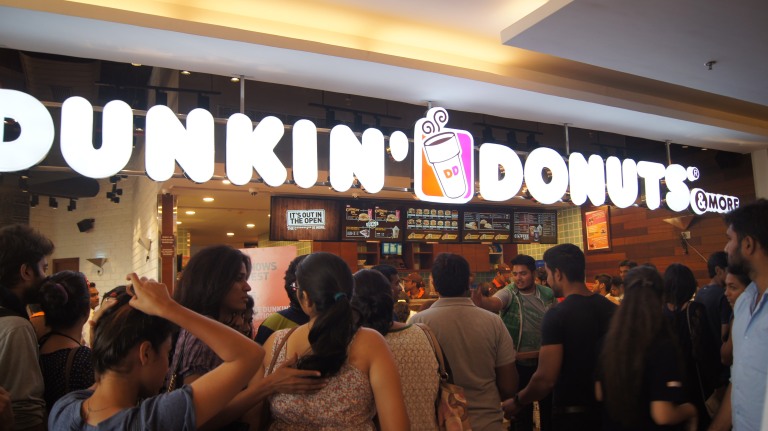 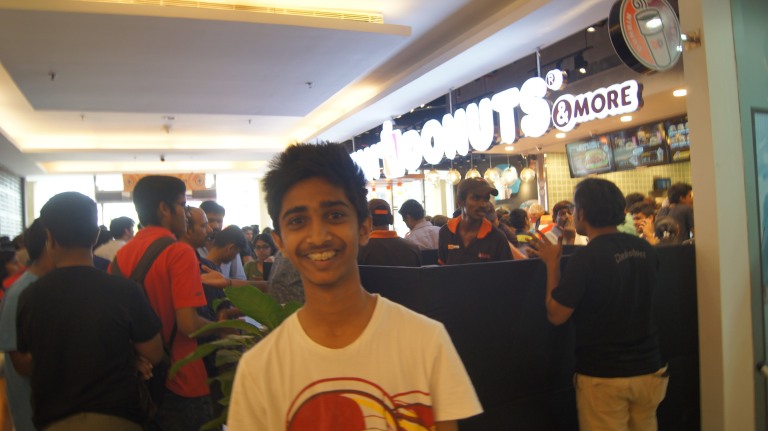 I have visited Dunkin’ again on Day 3 to give a mini treat to Rickey and Harsha who have clear ISTQB exam today.  There are no more queue and hungama.  It is business as usual, and no Hyderabad is going NUTS over Dunkin 🙂