Yesterday, we had visited ancient ruins of “Ta Prohm’ which attained extra fame after it’s featured in TOMB RAIDER movie.  Here is gist of details of what is all Ta Prohm about, extra via Wiki.

Ta Prohm is the modern name of the temple at Angkor, Siem Reap Province, Cambodia, built in the Bayon style largely in the late 12th and early 13th centuries and originally called Rajavihara. Located approximately one kilometer east of Angkor Thom and on the southern edge of the East Baray, it was founded by the Khmer King Jayavarman VII as a Mahayana Buddhist monastery and university. Unlike most Angkorian temples, Ta Prohm has been left in much the same condition in which it was found: the photogenic and atmospheric combination of trees growing out of the ruins and the jungle surroundings have made it one of Angkor’s most popular temples with visitors. UNESCO inscribed Ta Prohm on the World Heritage List in 1992. Today, it is one of the most visited complexes in Cambodia’s Angkor region. The conservation and restoration of Ta Prohm is a partnership project of the Archaeological Survey of India and the APSARA

The design of Ta Prohm is that of a typical “flat” Khmer temple (as opposed to a temple-pyramid or temple-mountain, the inner levels of which are higher than the outer). Five rectangular enclosing walls surround a central sanctuary. Like most Khmer temples, Ta Prohm is oriented to the east, so the temple proper is set back to the west along an elongated east-west axis. The trees growing out of the ruins are perhaps the most distinctive feature of Ta Prohm, and “have prompted more writers to descriptive excess than any other feature of Angkor.” Two species predominate, but sources disagree on their identification: the larger is either the silk-cotton tree (Ceiba pentandra) or thitpok Tetrameles nudiflora, and the smaller is either the strangler fig (Ficus gibbosa). or Gold Apple (Diospyros decandra). The temple of Ta Prohm was used as a location in the film Tomb Raider.

Full Video of Glimpses from trip to Camobodia 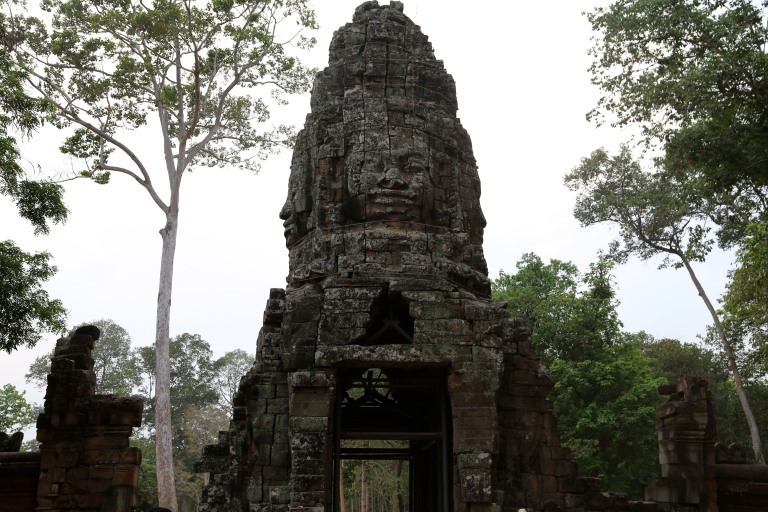 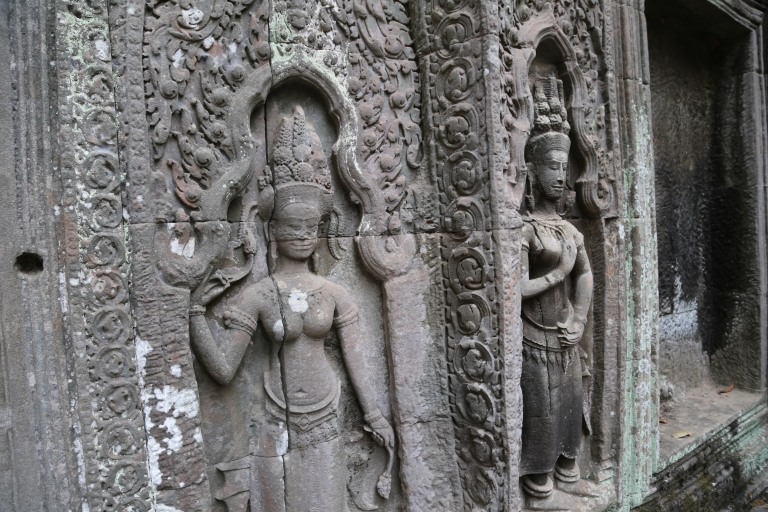 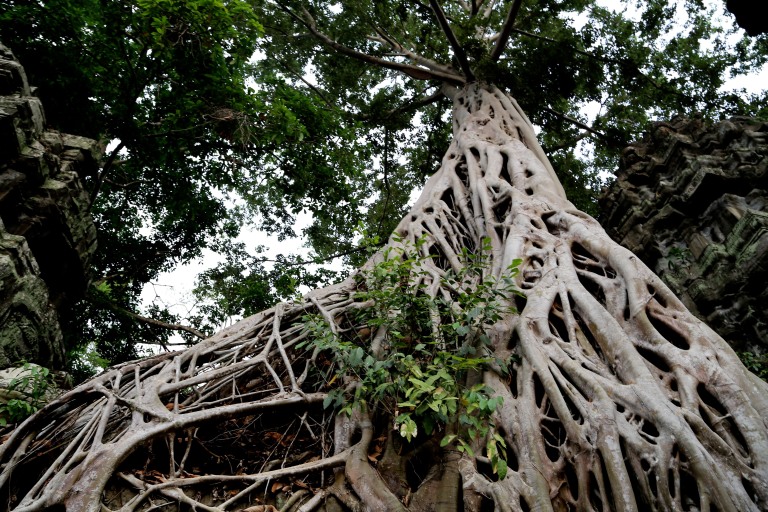 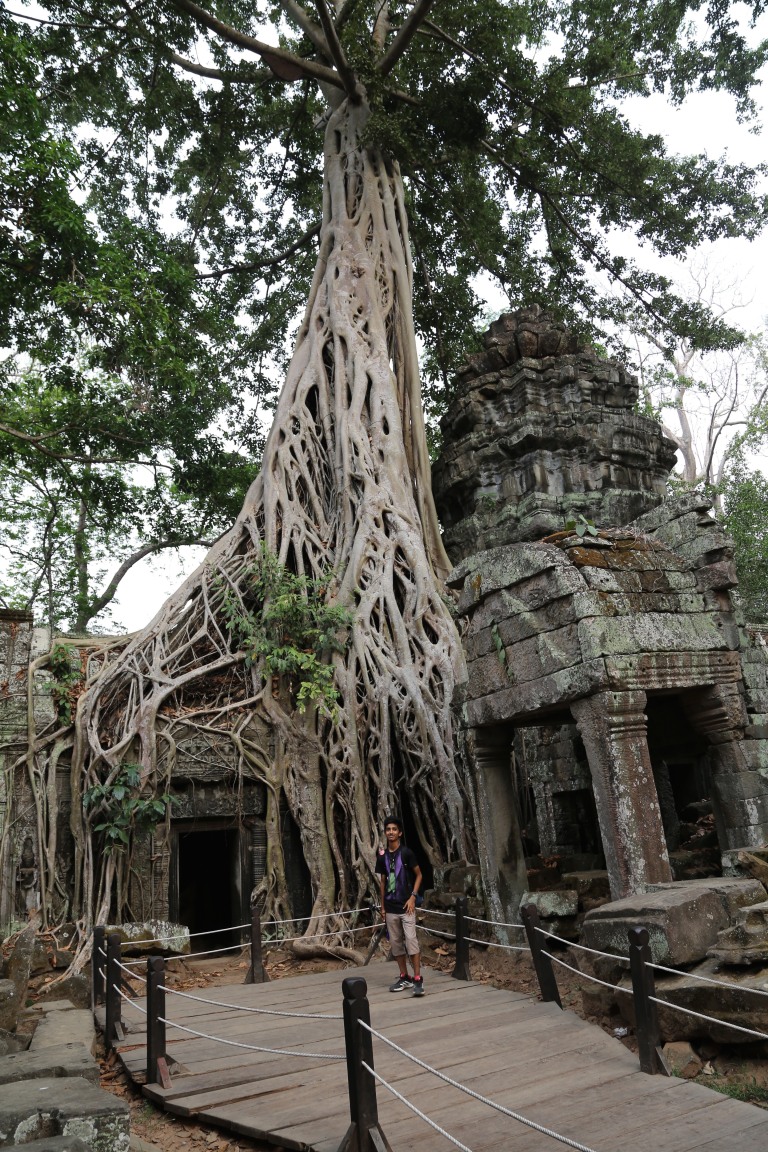 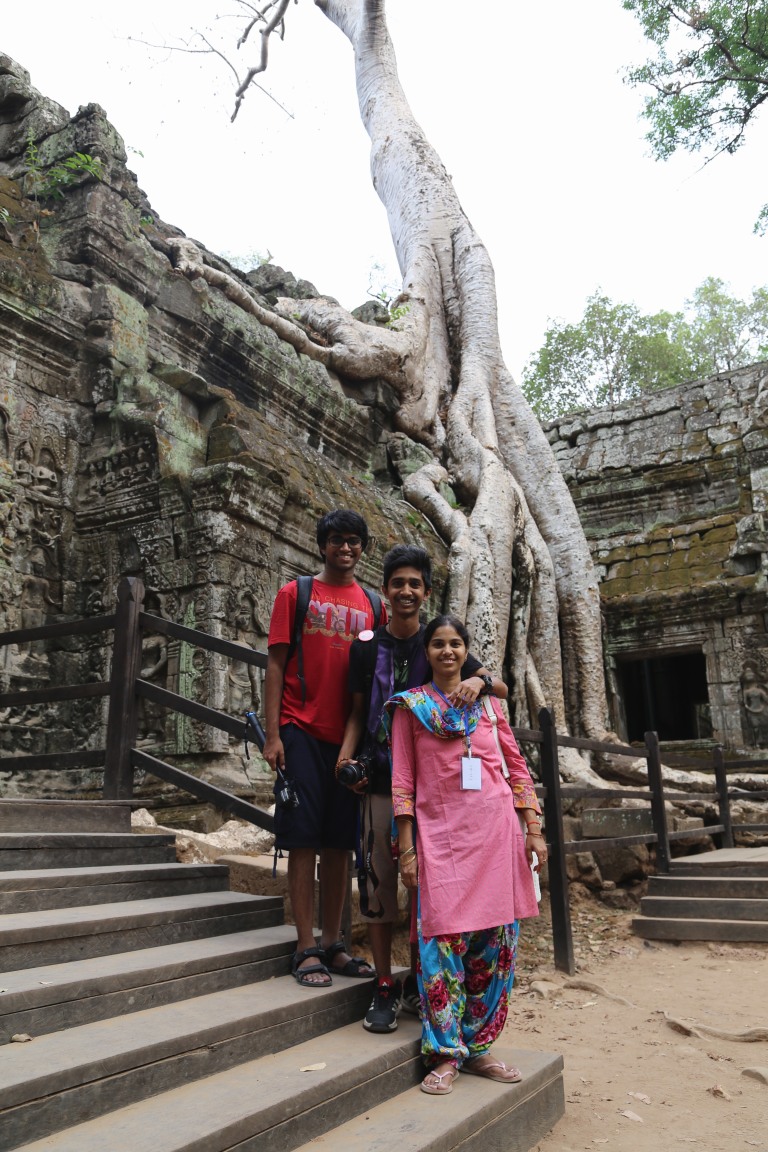 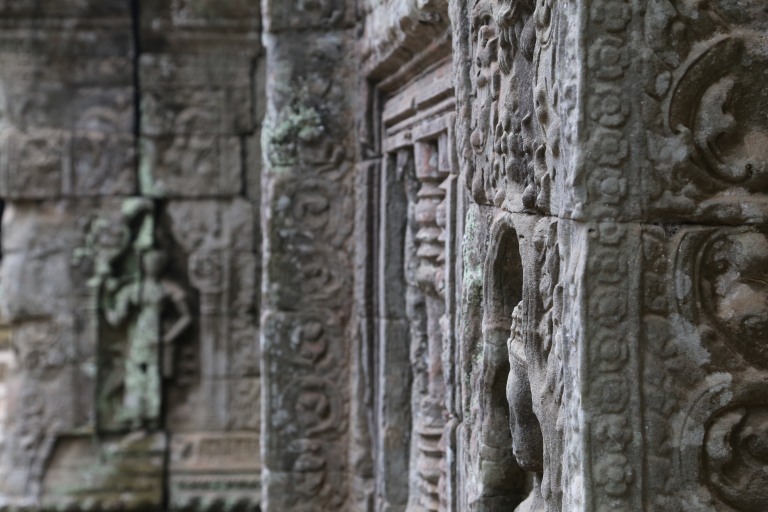 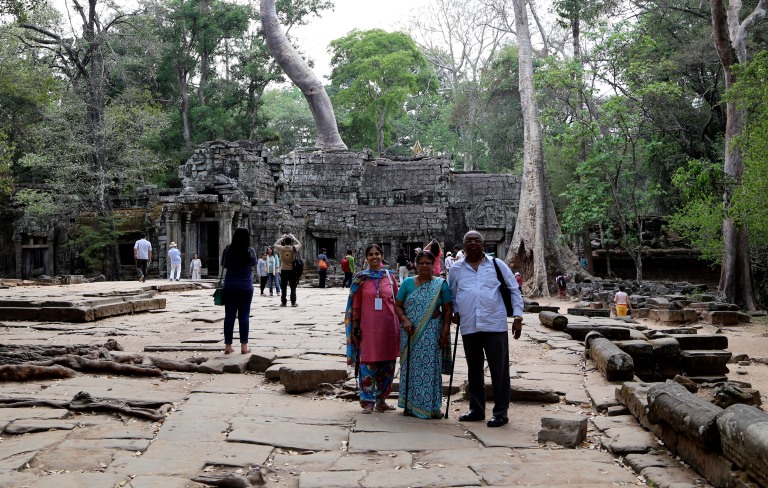 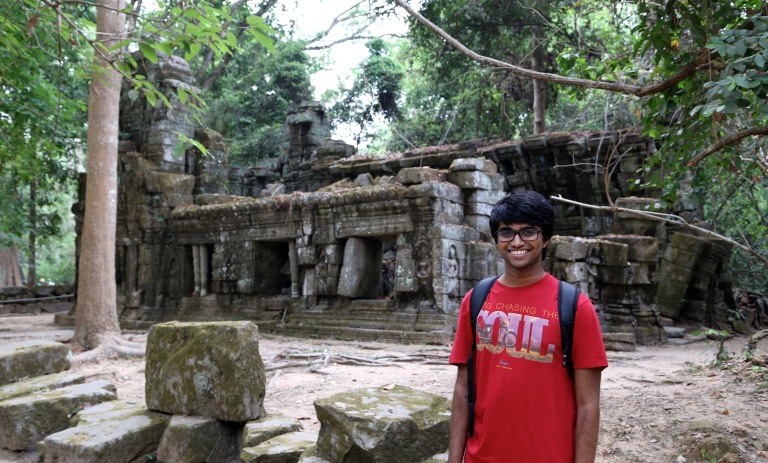 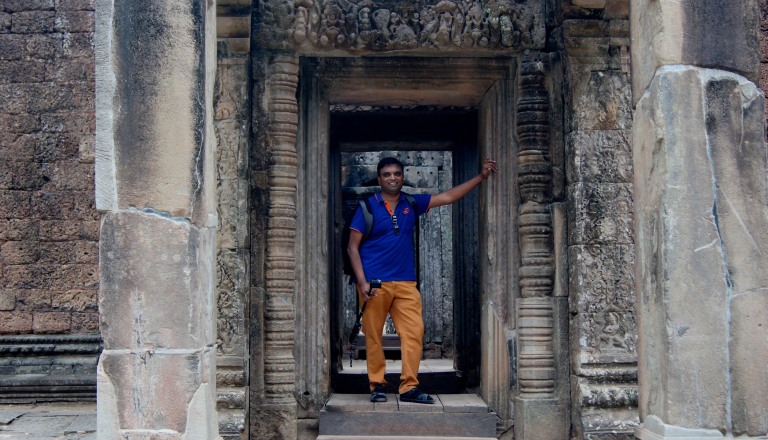 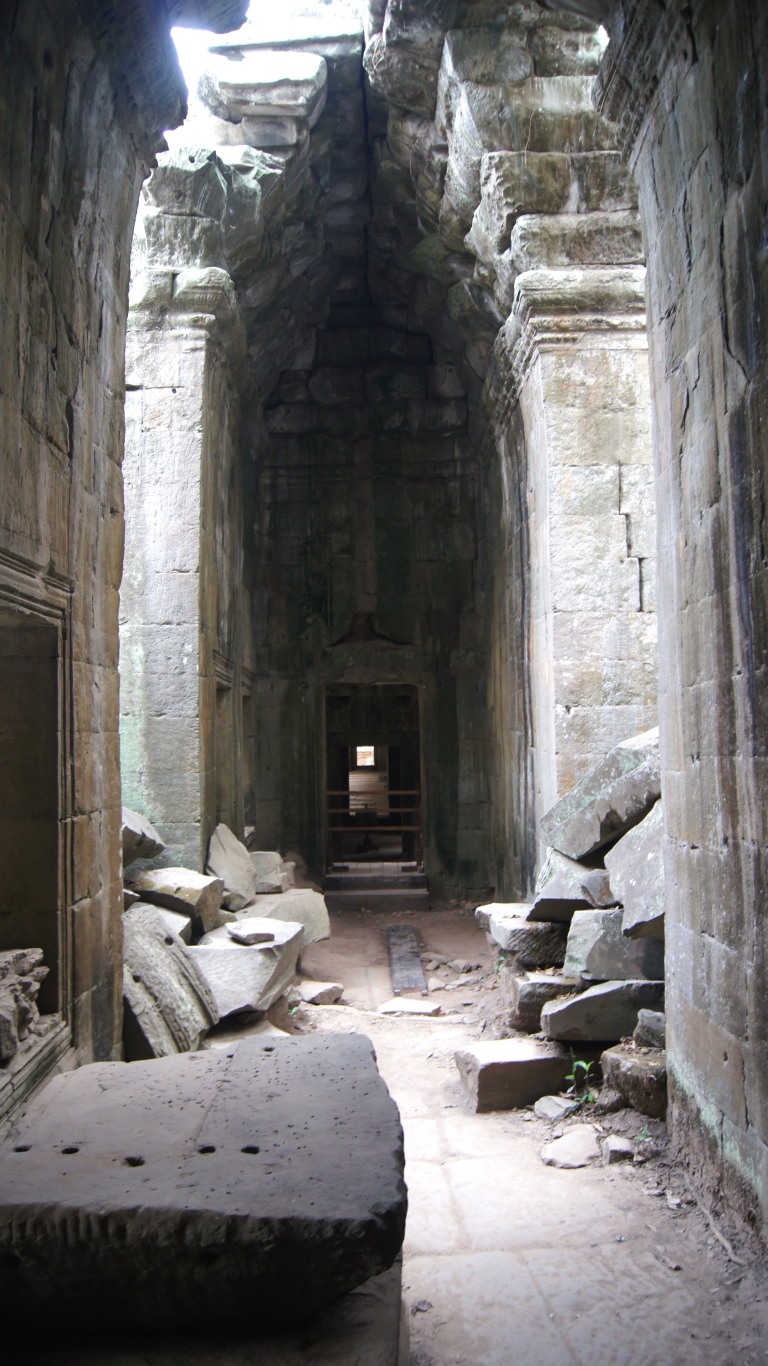 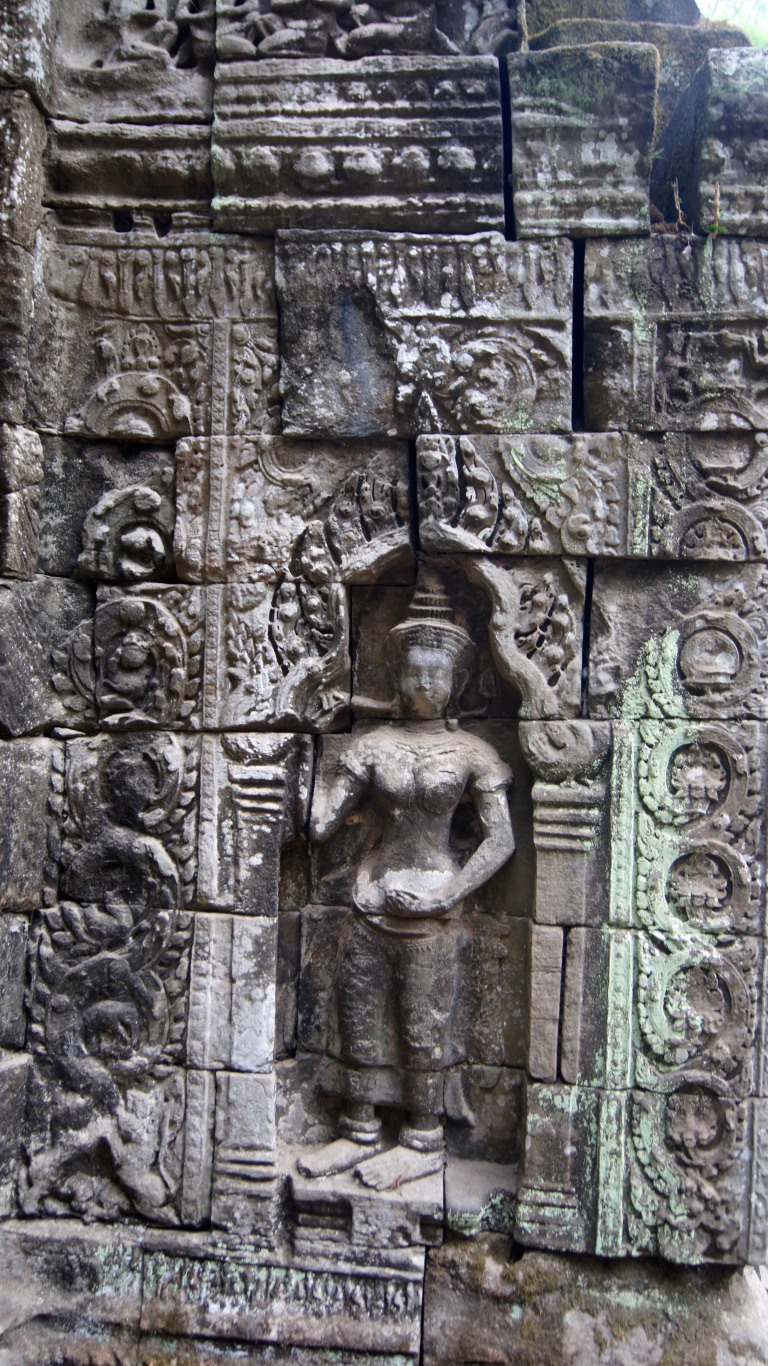 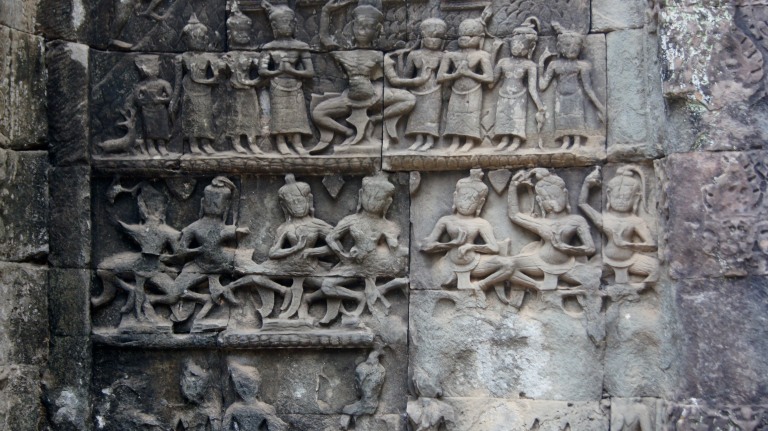 Be sure to check out other blogs related to Cambodia trip