Angkor Wat is most visually, architecturally and artistically breathtaking structure that I visited so far. I had two visits to this majectic structure, once at early morning sunrise visit with Radhika and then at midday along with my kids and parents. Since there is no way I will have time to write-up what I felt during the trip, I just summarized what Wiki documented about Angkor Wat.

It is a massive three-tiered pyramid crowned by five lotus-like towers rising 65 meters from ground level. Angkor Wat was first a Hindu, later a Buddhist, temple complex in Cambodia and is known to be the largest religious monument in the world. The Suryavarman built the temple in the early 12th century, as his state temple. The modern name, Angkor Wat, means “Temple City” or “City of Temples”. There are so many temples in this city, one often quote that they have “Templed Out” by the end of the trip. Being born desi’s, we did all right.

The temple is a representation of Mount Meru, the home of the gods, with central quincunx of towers symbolizing the five peaks of the mountain, and the walls and moat representing the surrounding mountain ranges and oceans. A moat and an exterior wall measure around 1300 meters x 1500 meters and surround Angkor Wat. The temple itself is 1 km square and consists of three levels surmounted by a central tower. The walls of the temple are covered inside and out with bas-reliefs (which are quite awesome, and highlights include the mythological Battle of Kuru on the west wall; the historical march of the army of Suryavarman II, builder of Angkor Wat, against the Cham, followed by scenes from Heaven and Hell on the south wall; and the classic ‘Churning of the Ocean Milk’ on the east wall) and carvings. Nearly 2000 distinctively rendered apsara carvings adorn the walls throughout the temple and represent some of the finest examples of apsara carvings in Angkorian era art.

But it is the exterior walls of the lower level that display the most extraordinary bas-reliefs, depicting stories and characters from Hindu mythology and the historical wars of Suryavarman II.   Angkor Wat Temple consumed about 6 million to 10 million blocks of sandstone with an average weight of 1.5 tons each. In fact, the entire city of Angkor used up far greater amounts of stone than all the Egyptian pyramids (which is another place that I am yet to visit) combined. Its outer wall encloses a space of 203 acres. This gives an idea of why it is considered as world’s largest religious structure.

The northern reflecting pool in front is the most popular sunrise location. The sun will rise behind Angkor Wat providing a silhouette of Angkor’s distinctively shaped towers against a colored sunrise sky. They say, some of the best colors appear just before the sun breaks over the horizon.

Here are the 50 snaps from several hundreds that me, Revanth, and Aniketh had captured on Alpha 35 and 6D

Full Video of Glimpses from trip to Camobodia 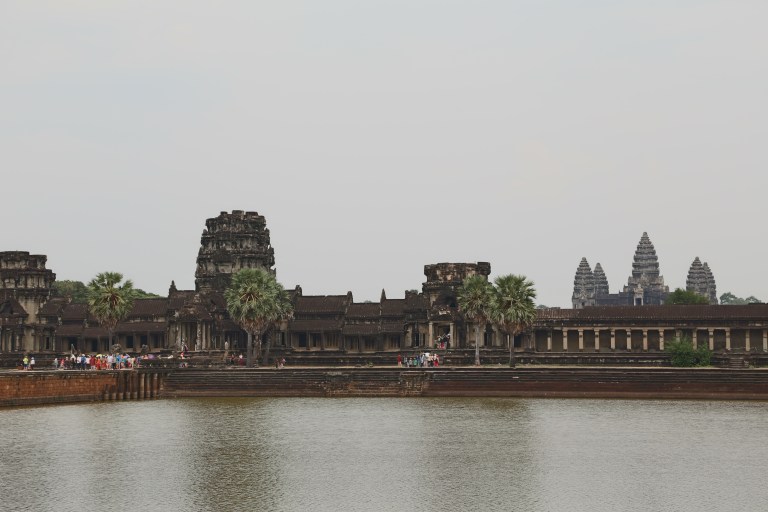 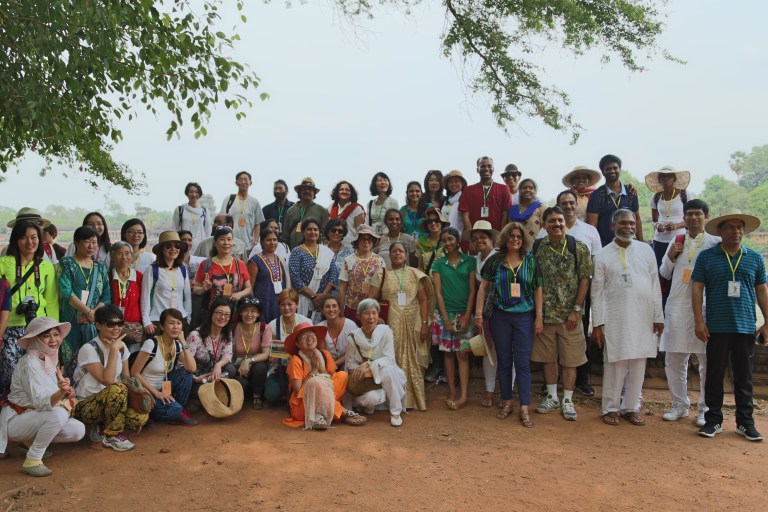 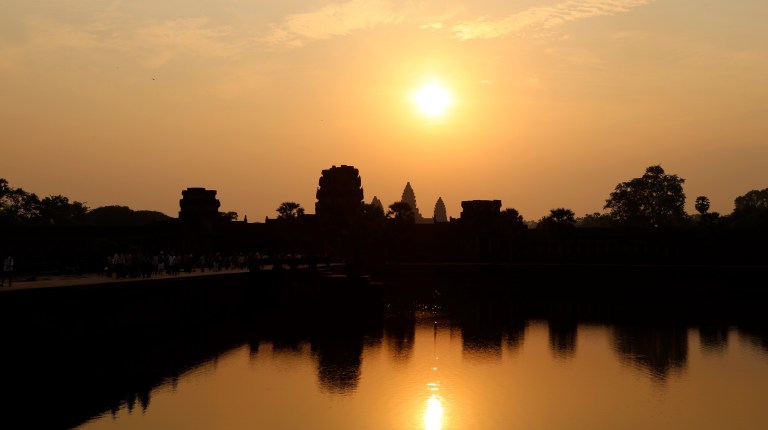 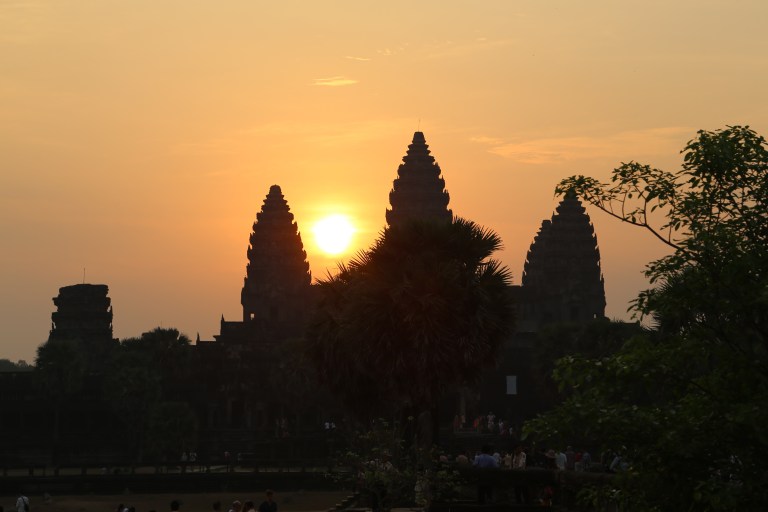 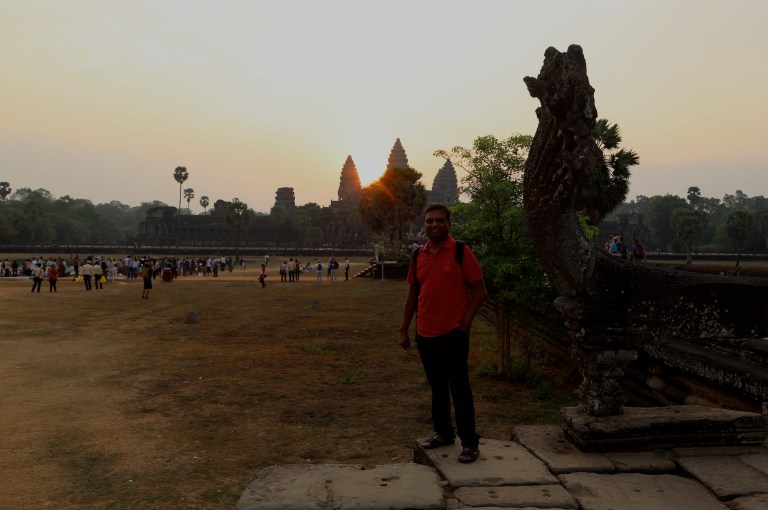 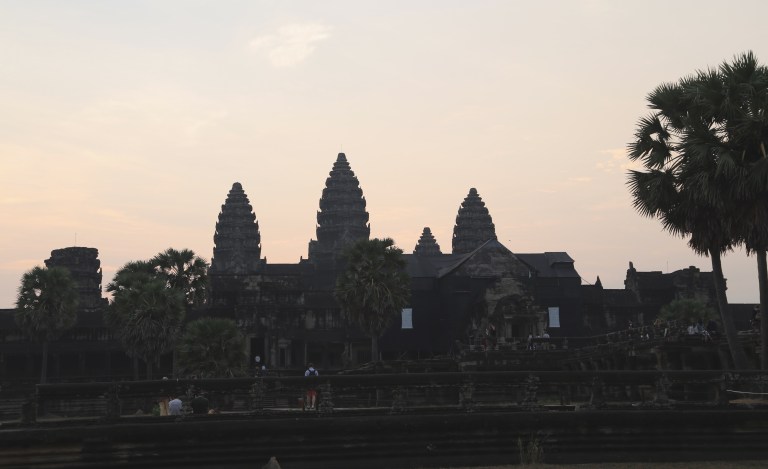 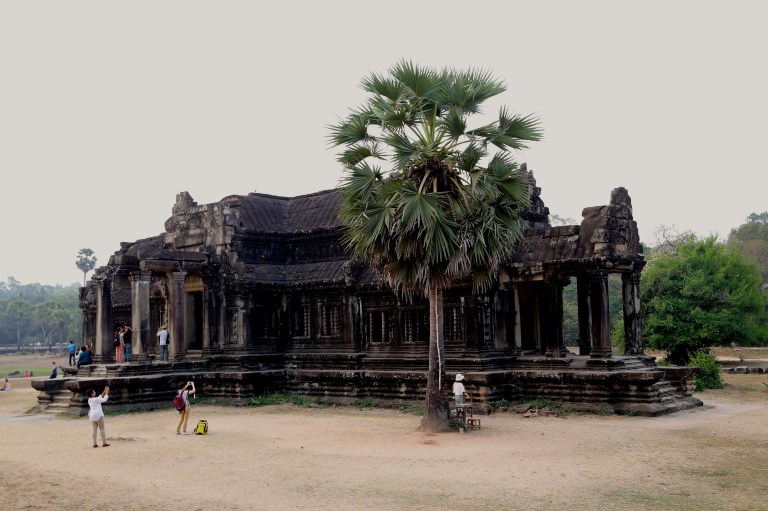 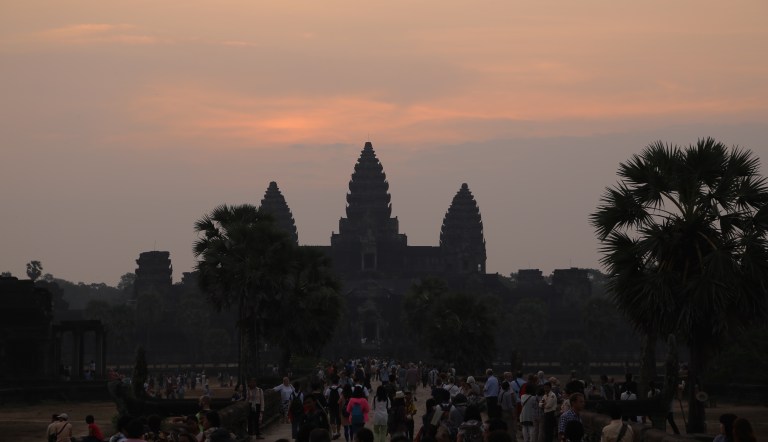 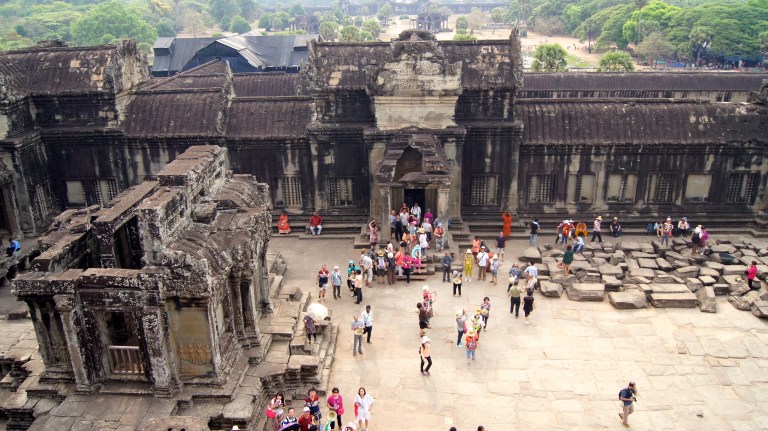 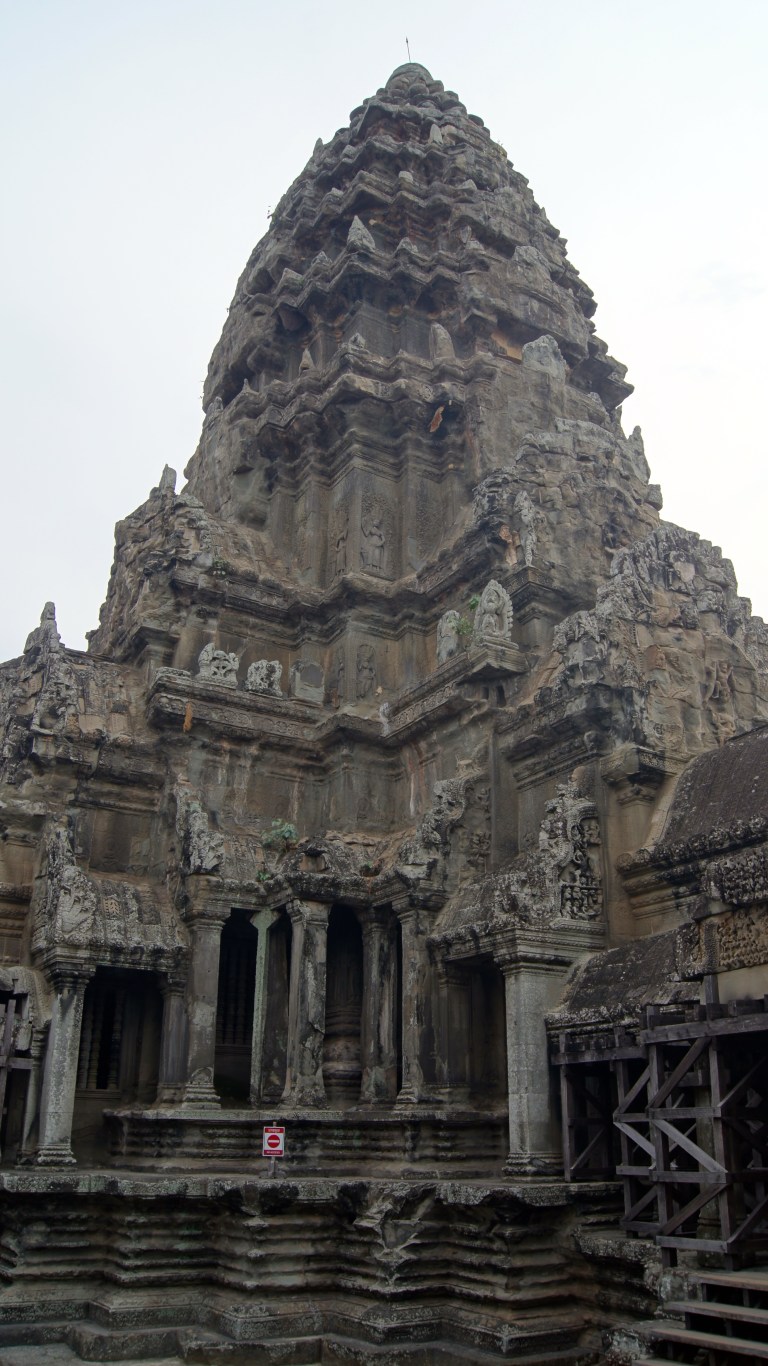 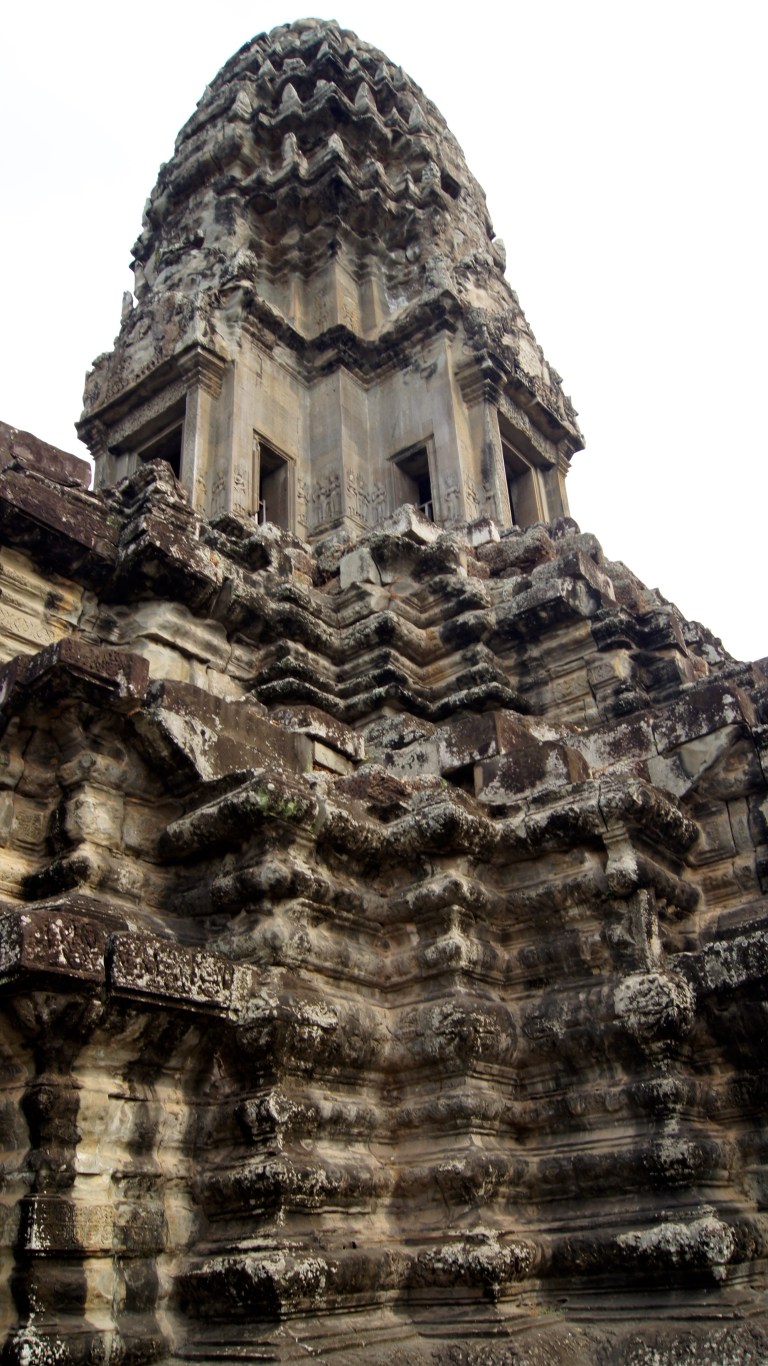 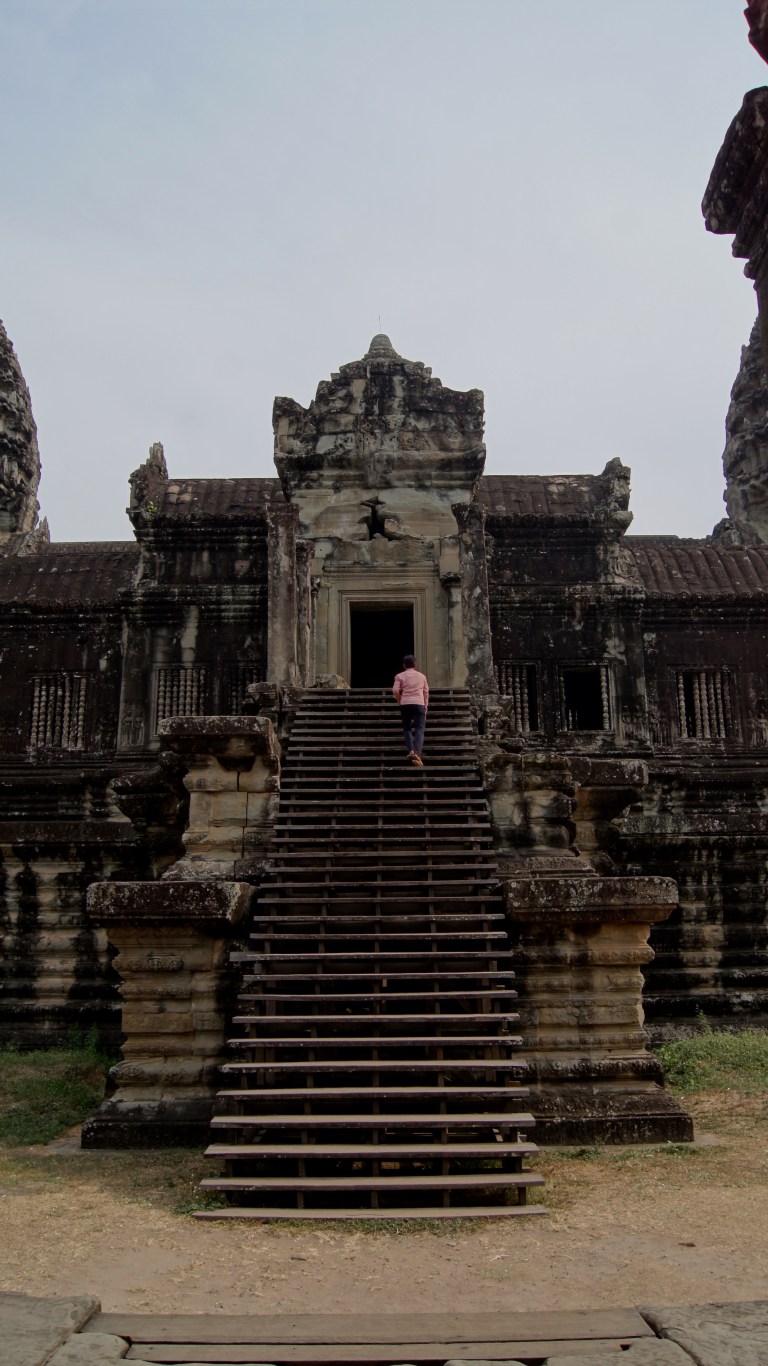 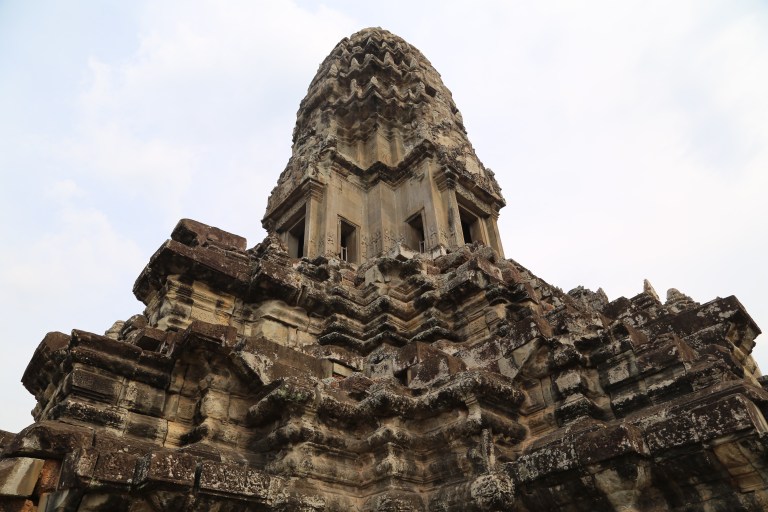