We spent last 36 hours in the university town of Manipal, which is just next to Udupi, and is about 90 minute drive from Mangalore airport (IXE). We came here as part of our recruitment drive @ TA Pai Management Institute, often called as TAPMI. I came here along with Vinod from our talent acquisition team, and Amit from my own solution-engineering group. This is my first trip to Manipal, though I have heard of this place and schools here for such a long time. We were looking forward to recruit MBA grads from Tier-2 B-schools to fulfill the needs of ever growing Cigniti organisation.

We spent about 12 hours in the campus on Monday talking to few dozen prospective Cignitians and rolled out few offers late in the evening. It was exciting to see level of preparedness and eagerness displayed by few candidates and their keen interest to join Cigniti, and was not so exciting to see absolute lack of preparedness of few candidates. Over it was a productive exercise and we were glad that we chose TAPMI as one of the B-Schools to visit this year

On the way from IXE to Manipal, I had asked our cabbie to take us to an authentic Udupi restaurant. He said, all good Udupi restaurants are outside Udupi, and he could not think of a good Udupi. He came up with all high-end restaurant names. I had asked airhostess too, who flies to IXE 3 times everyday. She just suggested that I go to Ocean Pearl, and also try ‘gadbad’ ice cream. We stopped at famous Udupi Krishna temple, where you are allowed to see Deity from a window with a 9 slits.

After the temple visit, we visited a small ‘hole in the wall’ type of restaurant, which was recommended by a temple resident, and was within in the temple campus itself. It is called “MITR SAMAJ”. We relished Masala Dosa, Idli, and Goli Bajji (aka Mysore Bajji). All of them tasted pretty good, though the place is not so fancy. Later I found that Trip Advisor rates this places 2nd best Udupi Restaurant in town

On the final day, enroute to IXE from Udupi, we stopped at Malpe Beach for about 45 minutes, and too mandatory snaps with my 6D, and also took a 30-minute boat ride. Later we stopped at Gomateshwar temple, which is on top of black stone hill. Long Gomateshwar statue was fully covered by wooden scaffolding as the workers were getting the idol spruced up for upcoming ritual in Jan 2015, which is celebrated once in 12 years

Here is 4-minute video, and few picture that I have captured as souvenir from the trip 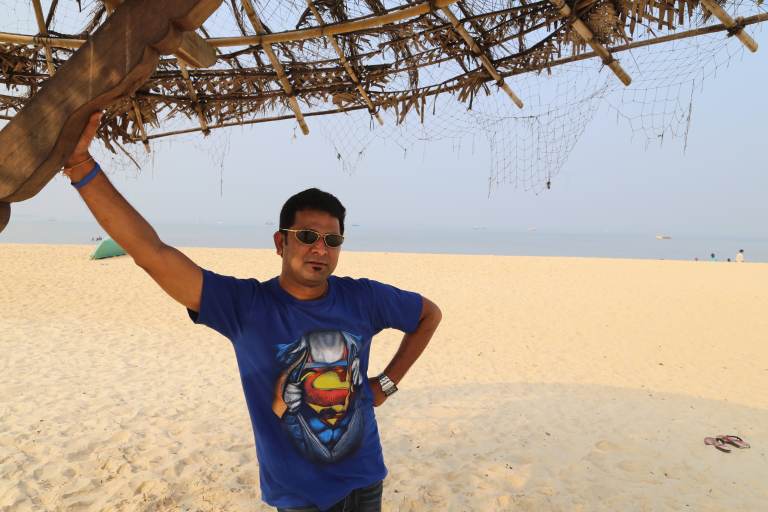 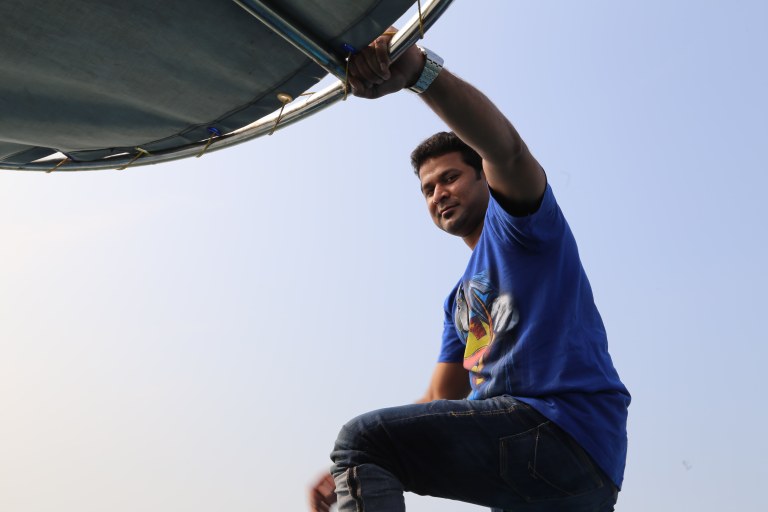