I had noticed series of cycles parked at BANK station, first time around 4 years ago, when I was walking to Austin Friars office where AppLabs UK office was located at one time. I wondered why they were all painted with Barclay’s logo. I actually, they might be reserved for Barclay’s employees. However, I learned about TFL (Transport for London) initiative, and mayor’s launch later in the media.  Now there are more than 10,000 bikes at over 700 docking stations situated every 300 to 500 metres in London.

Wiki says, Barclays Cycle Hire is a public bicycle hire scheme in London, United Kingdom. The scheme’s bicycles are popularly known as Boris Bikes, after Boris Johnson, who was the Mayor of London when the scheme was launched. The scheme is sponsored, with Barclays Bank the first sponsor from 2010 to 2015. Now I know, why I saw these bikes first time in 2010. Wiki also says, a recent study showed cyclists using the scheme are three times less likely to be injured per trip than cyclists in London as a whole, possibly due to motorists giving cycle hire users more road space than they do other cyclists. Moreover, recent customer research showed that 49 per cent of Barclays Cycle Hire members say that the scheme has prompted them to start cycling in London. During the 2012 Olympic Games, a record of 47,105 cycle hires were made in a single day.

I often end up walking around South Bank during almost every trip, just because of the activities and buzz associated with that area, and also as buddy for new visitors to our office. I have been thinking about riding bicycle around few mile radius since last year, as I thought it would be shear fun and because of bicycle friendly roads and traffic in London.   Now that I have GOPRO, my eagerness to get it done during this trip has increased several notches

I had already purchased accessories to mount GORPO on to my chest, and also remote to turn it ON and OFF as and when desired during the ride. I had company of Prakash (who was celebrating the birthday on the day) and Srini during the last evening of this trip to London.   They were more than happy to accompany me for the ride, and it was their maiden trip to London and south bank, so they were quite thrilled with the idea

Quick Google search had already given me enough information on how to find bike station, and how to checkout and check-in bicycles at various locations in London.   Google search gave so many tips on finding awesome bicycle routes. Since it was our last evening in London, we went ahead and decided to go to Waterloo. We found several dozens of bicycles just outside the tube station. We inserted debit card into the kiosk, which charged GBP 2 for each bike, and generated 5-pin code, one for each bike.

It was quite an exciting exercise to ride the bike. We three pledged each other to be safe than being sorry later, and not do any histrionics on the road. First few minutes we were riding on the pavement, and I was the only one ringing the bell alerting the pedestrians. Later I have realized and started using bike track where there was one. We spend about 90 minutes around south bank. Srini wanted to ride the bicycle all the way to Leicester Square, and spend time at the casino. However, we decided to call it a night, and returned the bicycles at the bike station closer to Westminster tube. I am sure to explore more exciting and “Greener” routes during my next trip to London

Listed below is the link to the 8 minute clip (shot completely on GOPRO mounted on my chest) and assembled on my BA flight, based on our 2 hour “The Great London Bike Ride” last evening, around few miles radius comprising of London Eye, Parliament Square, Big Ben, and more. What’s great about it? Like Joey says in FRIENDS, “It’s London, Baby” J. Also, I thought “Great” prefix would increase the odds of someone actually clicking the link. Since many folks likely to ask me, “how was it riding through the streets of London?” instead of saying, “its London, Baby”, I thought the immersive footage speaks for itself (if at all, you make it to end of the clip) Now I realize that I should have used bike accessory instead of wearing chest mount strap, to reduce the camera shake from my unintentional sideways swing during the ride.

Below pics were taken as part of the bicycle ride. 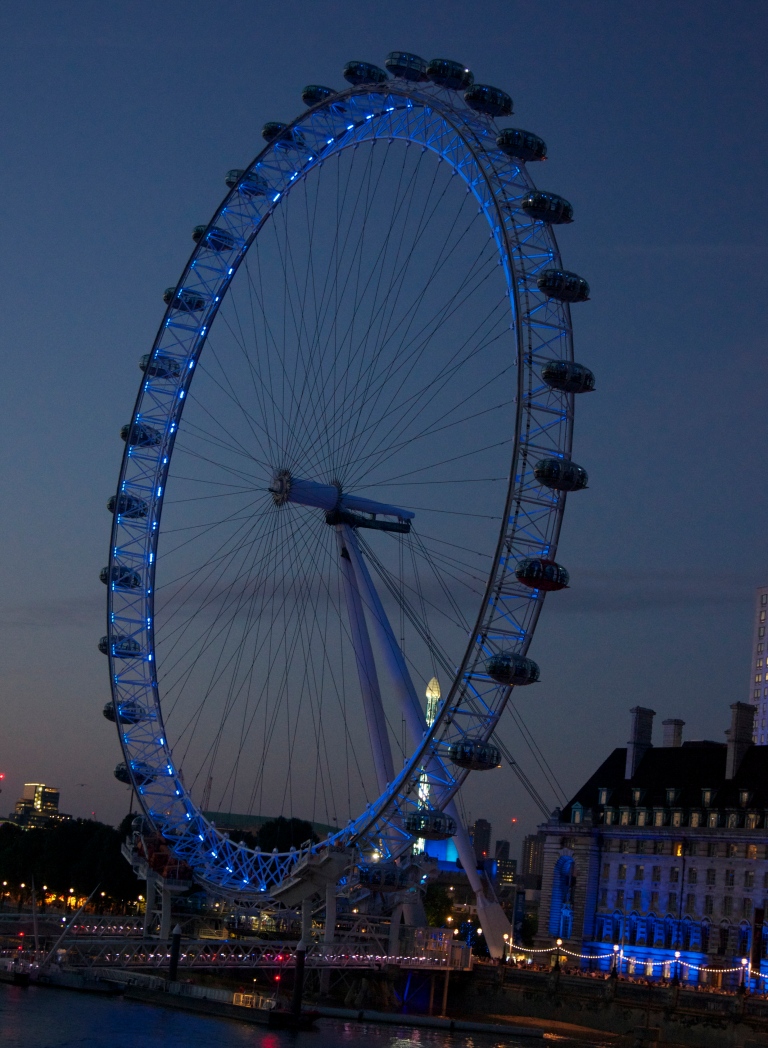