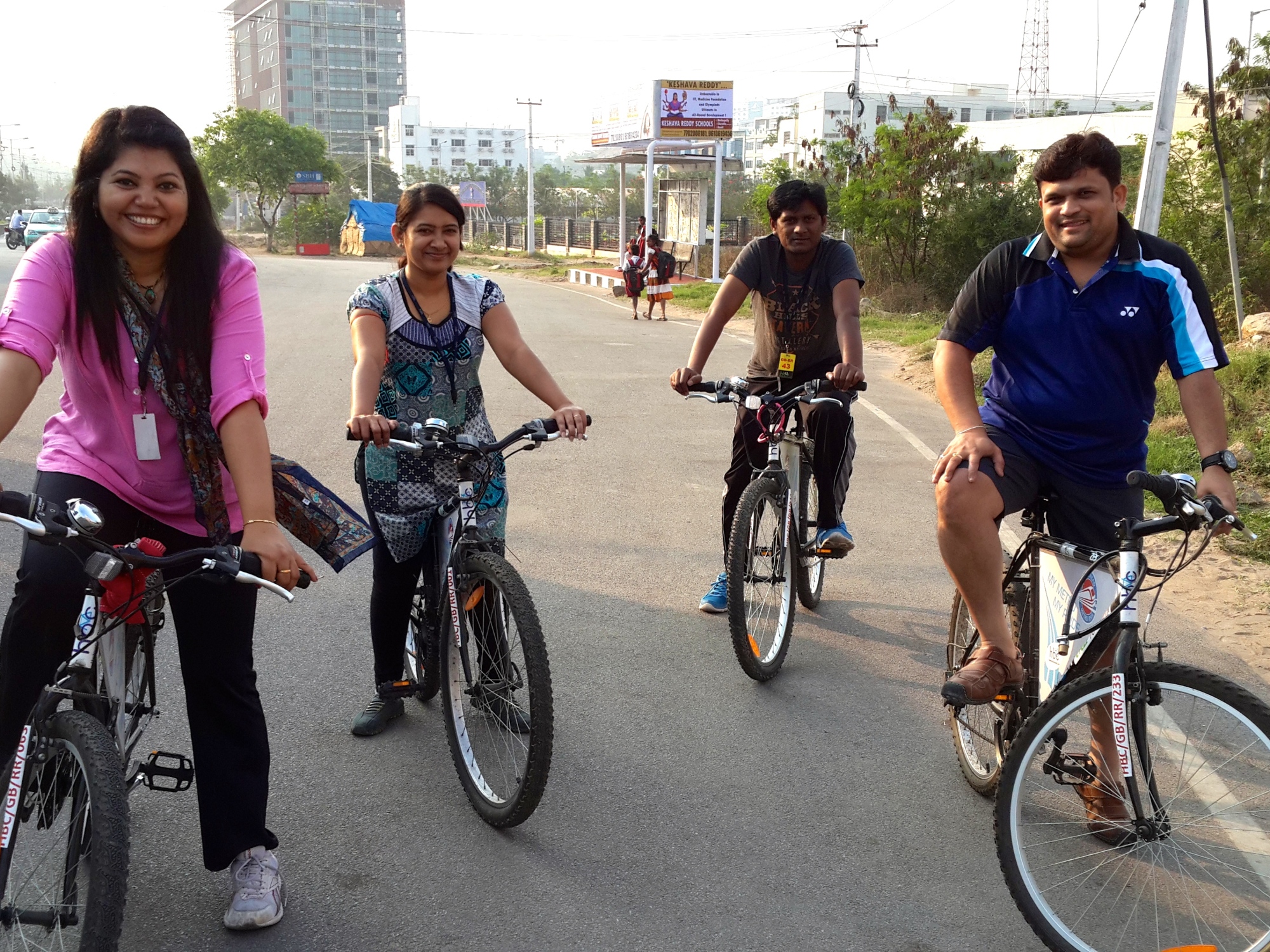 It has been a wild week @ Cigniti with my team contributing to 3 huge wins.  We celebrated yesterday with awesome lunch @ Republic of Noodles (which I would call it as #2 awesome Thai restaurant in Hyderabad).   We wanted to continue some of the celebrations and team camaraderie over the weekend.  We quickly agreed and at the same speed ruled out, a drive to Nagarjunsagar.   Finally, we decided to go to a new “Idli” place in KPHB area.   Then, someone in the team suggested a super cool idea of riding on a bicycle from a common point in Hi-Tech city areas.  Given that not all of us own bicycles (not a good sign), we decided to leverage newly conceived Bicycle rental concept by Hyderabad Bicycling Club

Hyderabad Bicycling Club (HBC) is now considered as World’s largest Cycling Club on Meetup, overtaking the Denver and Front Range Cycling Club, USA. It is known to grown six times over the past two years to reach the present membership strength of over 5000 members.  First bike station is located at Necklace road.  Second one is located next to Quality Inn (opp. to Bio Diversity Complex).  We planned to meet there.  Ten of us were supposed to meet here at 7AM, but only 5 (myself, Rashi, Lakshmi, Jay, and Bhag) showed up by 7:15AM. I was quite surprised to see decent setup @ Bike Station with over 250 bikes to choose. Rental charge is INR 40 for 4 hours (which is minimal commitment). There is an option of INR 100 per day, those who want to bicycle to work.  They just asked for our Driving License, before handing us the Bike.

Our original plan was to drive to Idli Tiffin Center @ KPHB area that is 7 KMs away.  However, we weren’t sure if there is a bike track in that route.  So we decided to go to DLF area, which is less than 5KM away.  It took just 10 minutes to realize “how young we aren’t” (in Yoda’s grammar) given the effort to bicycle, without being used to proper fitness regime. It is like a wakeup call, to get on a consistent fitness regime.  However, bicycling on Hyderabad streets is not as romantic as you would imagine, and not safe too (if you are driving during peak traffic, and your karma balance is not that great).   After less than an hour effort, we reached to tiffin center, which is in the lane opposite to DLF.   We gulped awesome Idli & Chutney.  For a plate of 4 Idlis, chutney, and sambar (which actually has vegetables in it) is INR 20.  All the items at the tiffin centres were priced at INR 20.  So they really do not need an ERP to keep track of their billing and invoices.  We ended breakfast with a garam chai.   We did not indulge as much we want to, as we had a fear of not being able to bike back to the bike station.  We joked, if we need to call our friends to pick our bikes and us too.

However, going back to bike station was breeze as it was downhill. It was actually little romantic with light breeze hitting our faces, until we our bike ran over a open drain 🙂

We did commit to do this ritual regularly.  Only destiny can tell, if we actually do it. 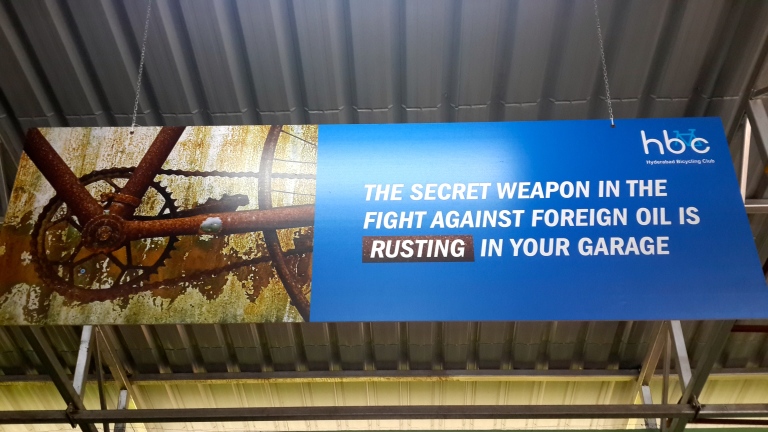 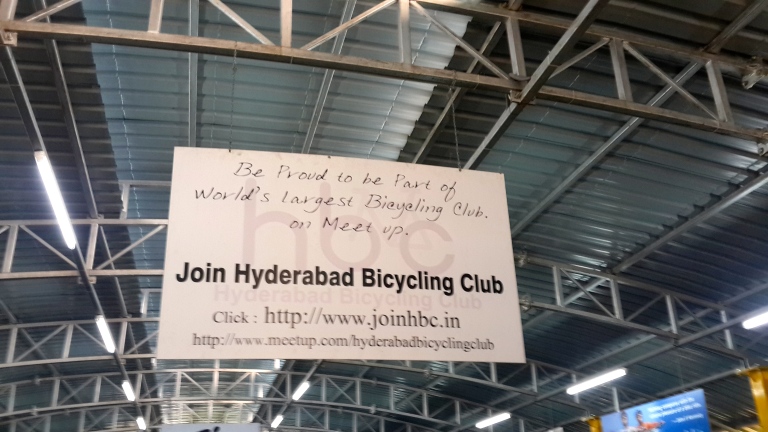 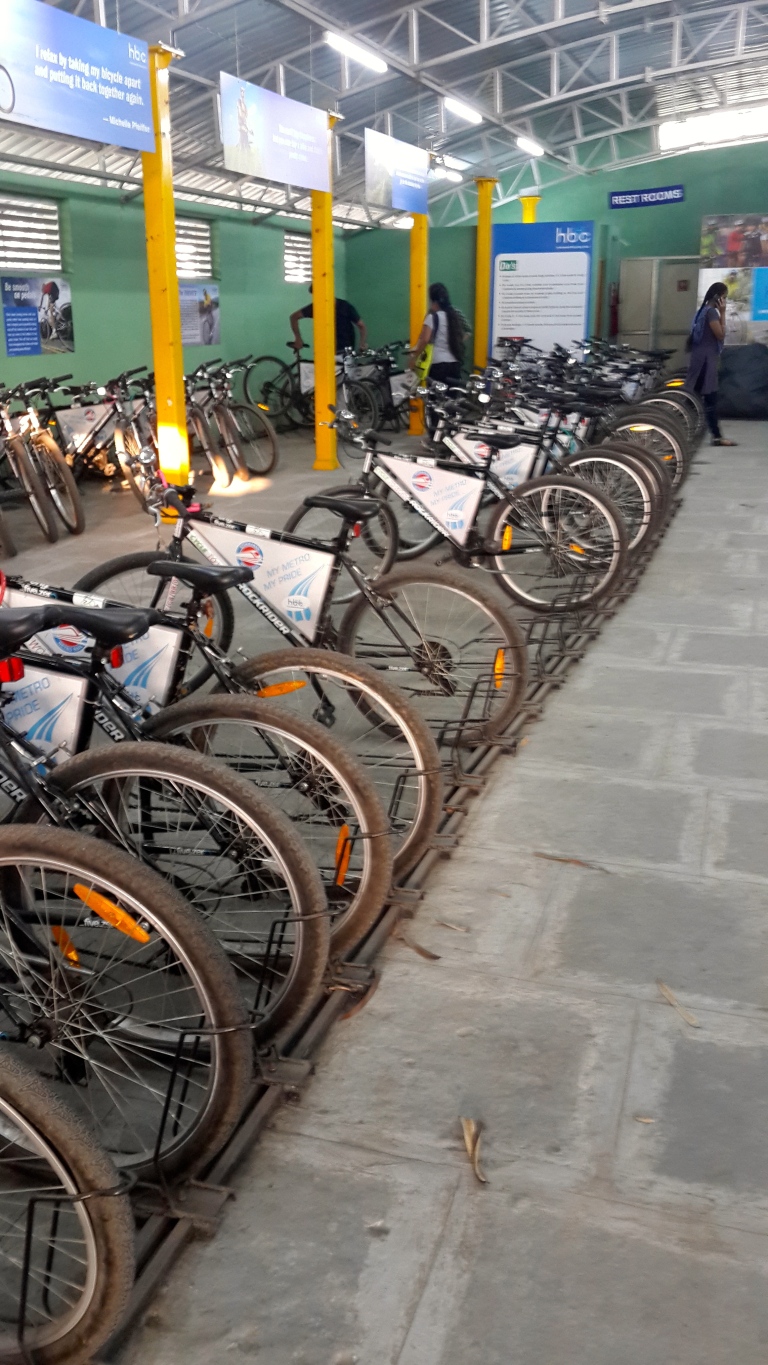 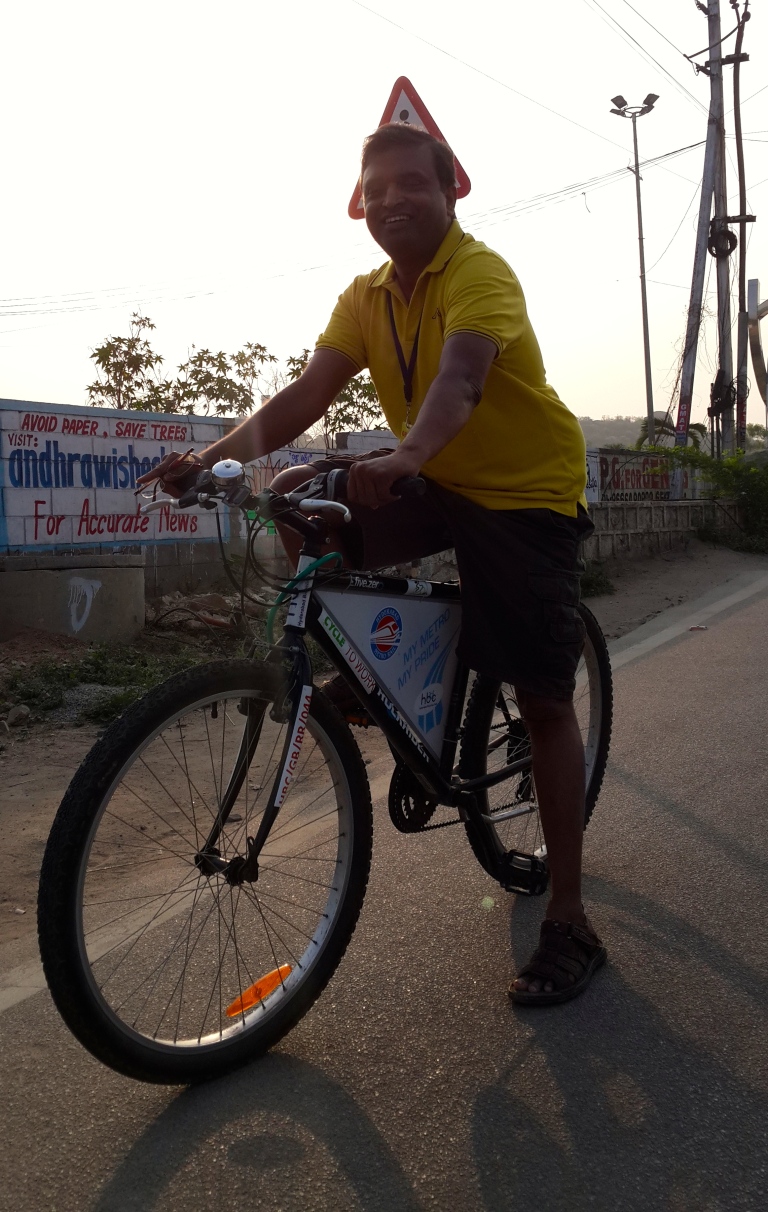 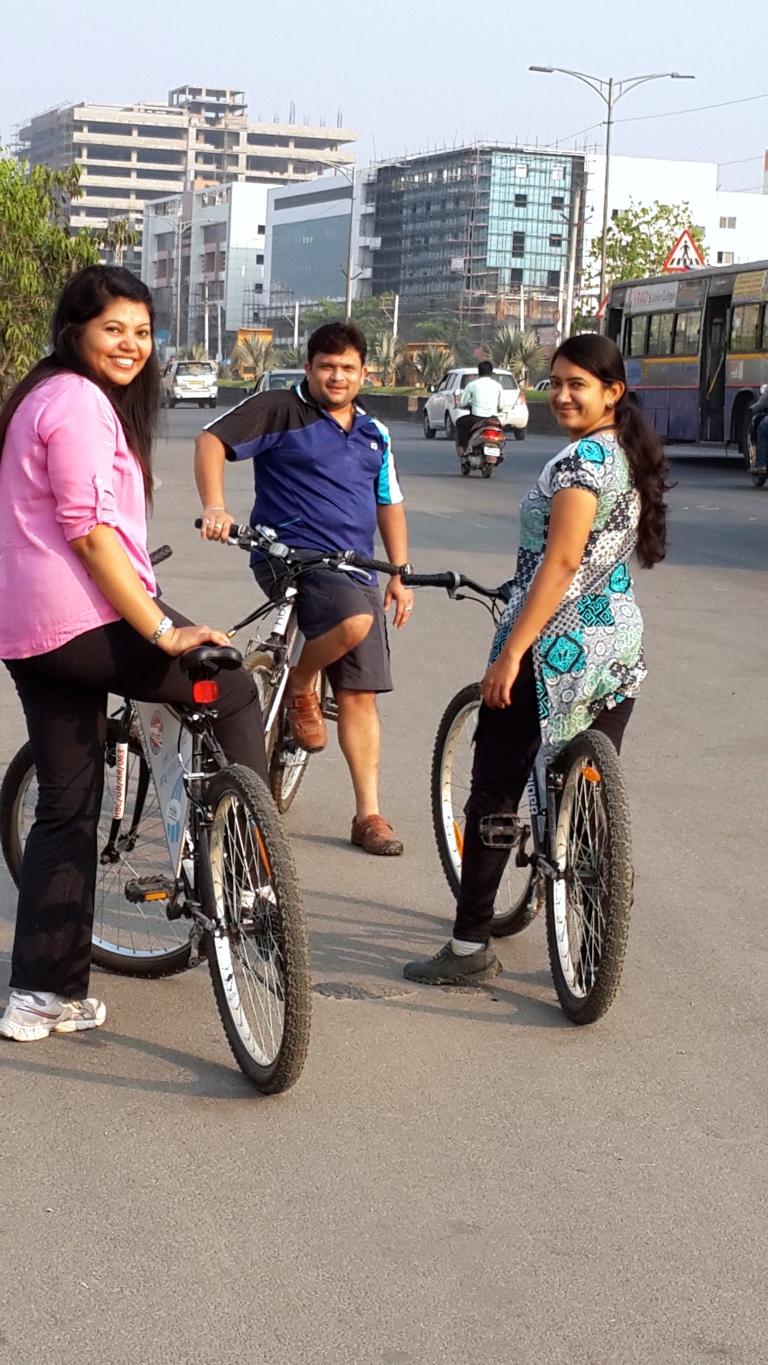 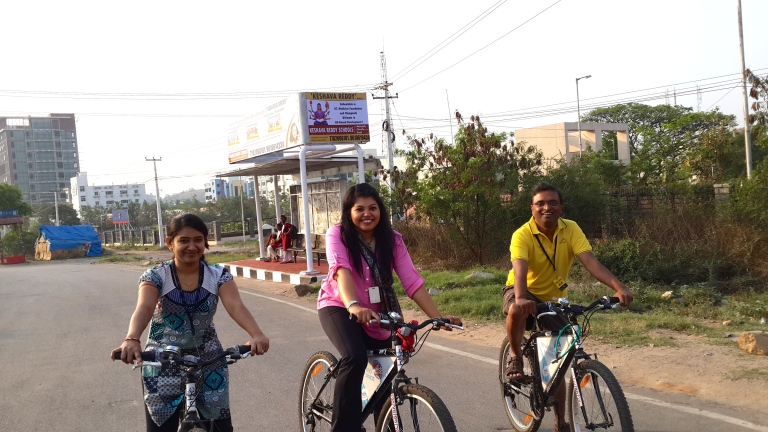 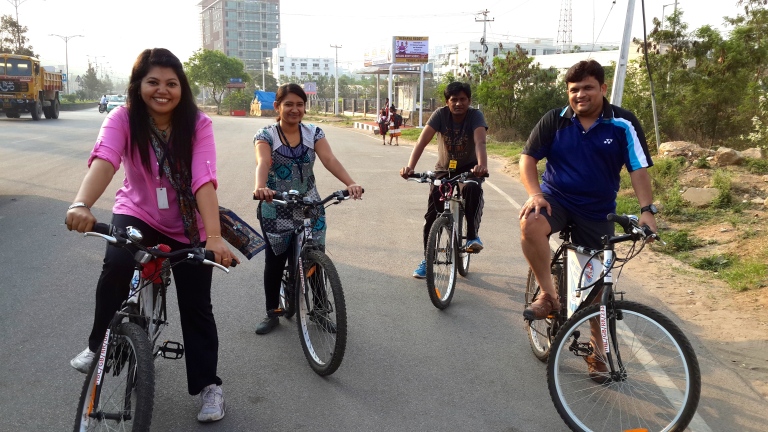 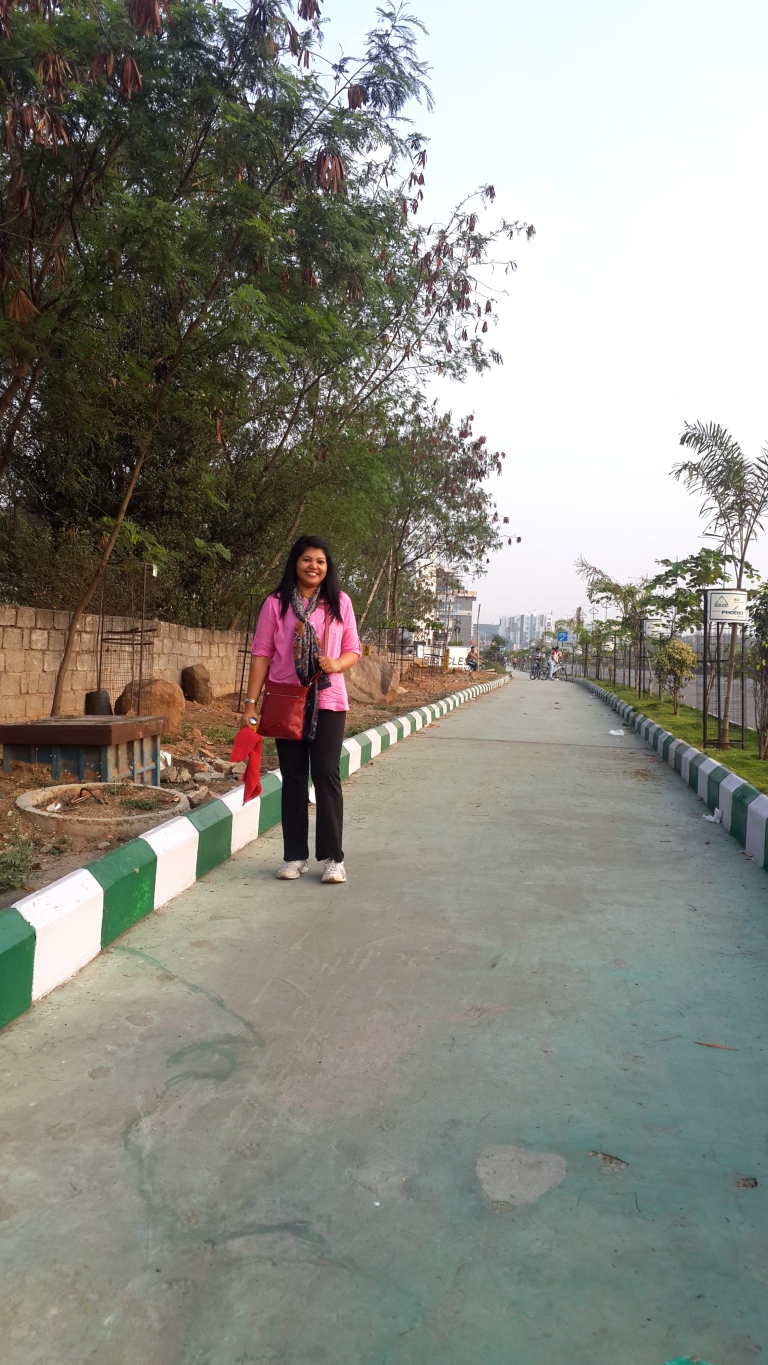 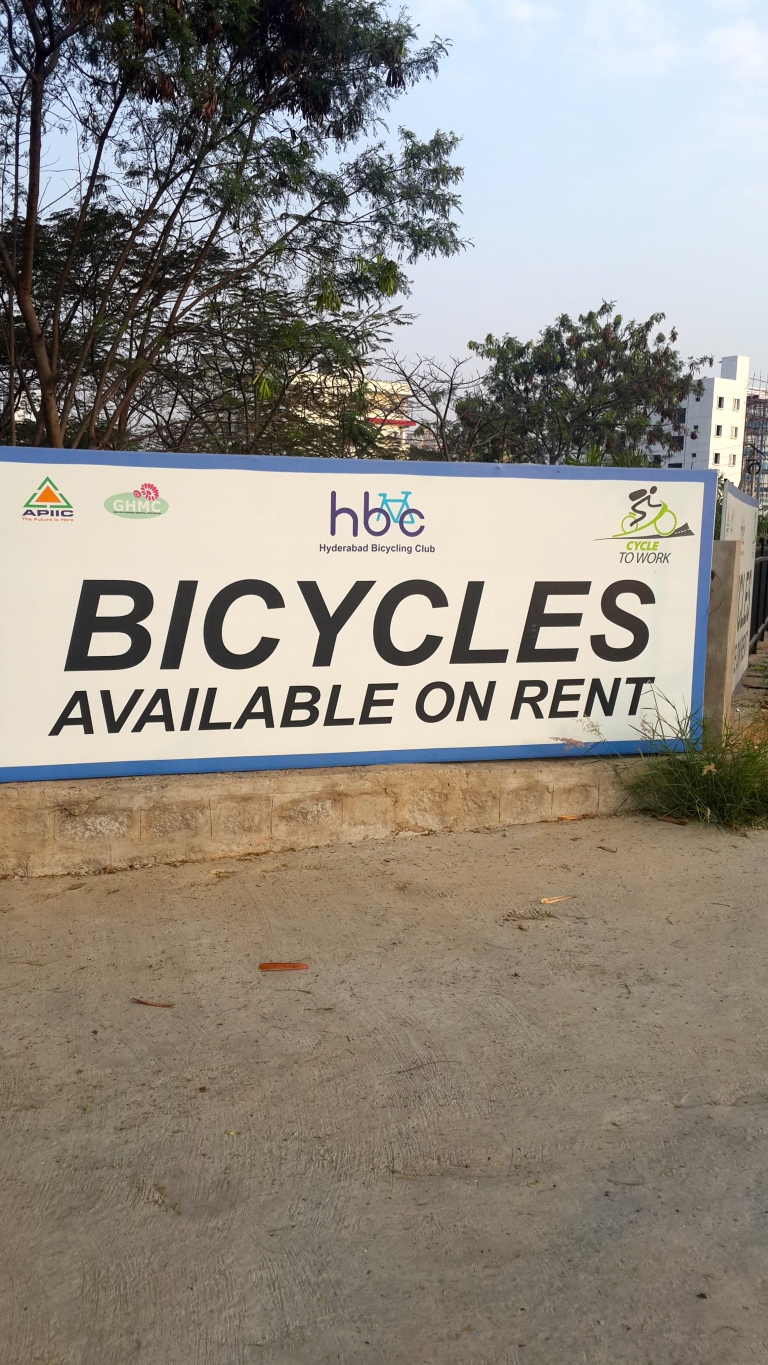 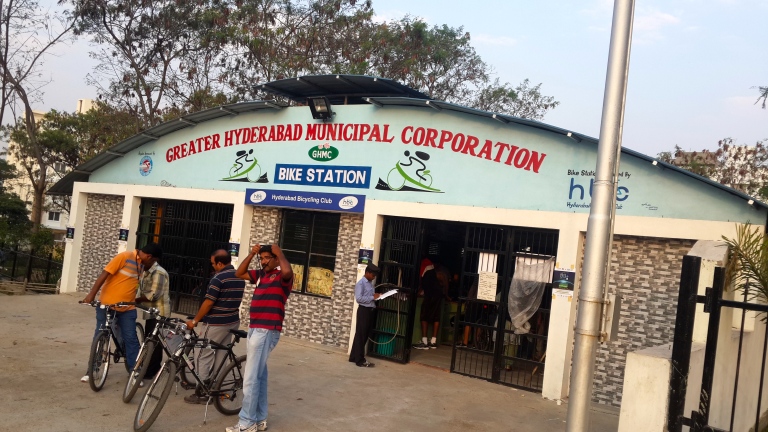 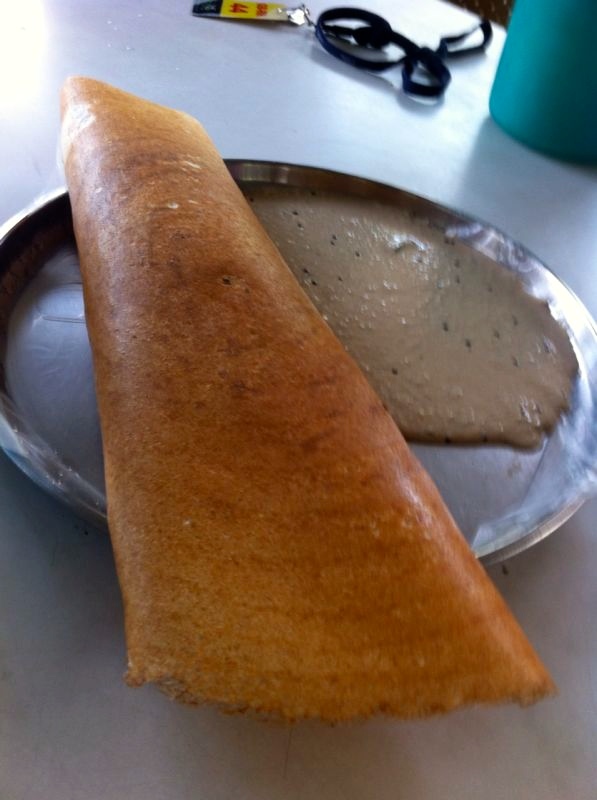 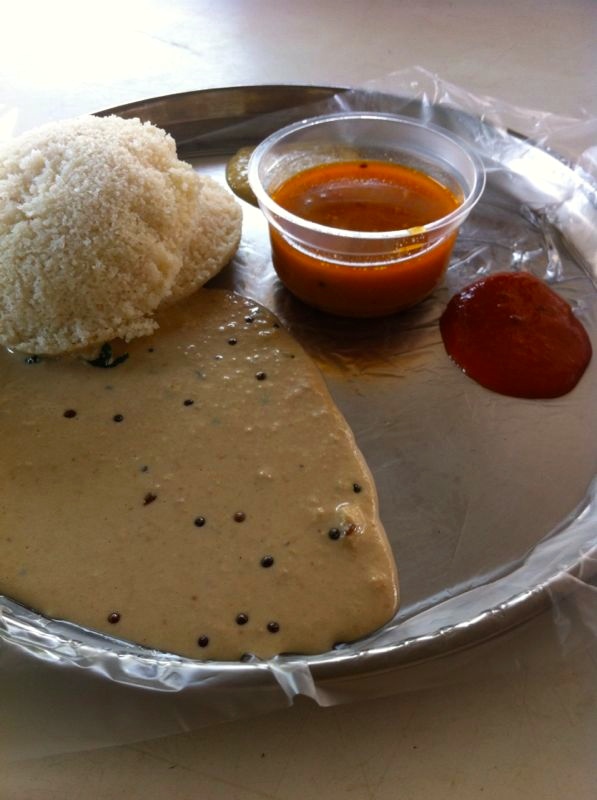