It was around 8PM on Feb 23rd of 1995, Radhika uttered much awaited three words “It’s time now”.  Preparing for Revanth’s arrival was like a software project planning with a detailed work break down (WBS) structure in place.  Being the first one to marry, and first “to be dad” among my friends in US, there was nervousness and excitement all through the nine months.   Yes, we did go through the ritual of reading “What to expect, When you are Expecting” (which actually causes more anxiety than required, sometimes).

It wasn’t common to own a cell phone usage during early 1990s.  I had bought a pager, so that Radhika can reach me when “it’s time”.  Having a pager in those days meant, “You are someone important”. Influenced by the Hollywood movies, I had always imagined or worried, I would get a call and will not have time to reach home or hospital on time and I end up doing the delivery of the baby in the car or middle of nowhere.   But none of that happened, thankfully.   Radhika did call me on the pager few times (but it was mostly to ask me what I want to eat for Lunch or Dinner).  We had one false alarm once and rushed to the hospital. Revanth’s official due date was around Feb 25th, 1995

We did get the tour of the hospital (Houston Southwest Memorial Hospital) few weeks in advance.  We had rehearsed where to park, where to register, and where to run (if required).  Packed all the stuff for 2-day stay in hospital, as if we will not have time, when Radhika says, “it’s time”.  I remember enjoying the entire 9-month process, planning for Revanth’s arrival.  I had booked for a new car “Honda Accord”.  99.9999% of Indians were buying either Accord or Toyota in 90’s, and looks like it is still the same trend now.  I knew just one person who bought an American car.  BTW, we knew “it’s a boy”, around 3 month of the pregnancy.  We did go for LAMAZE classes to learn breathing process during the delivery.  We started collecting stuff for Revanth 6 months in advance, and same was happening in India at the same time (where parents and in-laws were doing shopping)

We started to the hospital within 30 minutes of Radhika announced, “I am ready”. There was no drama on the way, like they showed in the Hollywood “9 months” movie.  Radhika was very quiet, and doing soft breathing during the journey.  We got into the labor room by 9PM, and Doctor indicated its several more hours before “it’s time”. Radhika was a sport and there was no shouting and kicking, or cursing me 🙂

Around 3AM, I was called into the delivery room, and the ‘delivery room’ was super cold. I saw Revanth being delivered around 3:15AM.  I felt privileged to witness the miracle, as I am the first one in CHINTALA clan to experience the process of LIVE MIRACLE.  Nurse gave me the honor of cutting the umbilical cord.  Nurse cleaned him up, took his weight and commented “He would have been 7 pounds if he hadn’t pee’d “ and noted his weight as 6 Lb, 15 oz on the sheet.  Then she wrapped him in a nice warm white, soft, and fluffy cloth and handed Revanth to me.  Revanth and I had a first eye contact, which did cause an instant electric thrill within me.  I knew immediately, I am in love with this kid.

Unlike in India, In US, you wouldn’t get one year to name your child.  There wasn’t GOOGLE to search for Indian Baby Boy names.  There was just one user group “soc.culture.indian” usenet group where baby names were being discussed.   Radhika’s sister sent a book written by Menaka Gandhi to us.  Out of nowhere, the name “Revanth” came into my mind.   Few years later, someone reminded me that Revanth is the name of the lead character in a popular Telugu novel from 1985, which was one of my favorite novels.  I guess, the name got tattooed in my subconscious mind.  Revanth name has half a dozen meanings. Most of them are related to SUN GOD, and “one who drives away darkness”.

Thank God, I did not work for any company that deals with offshore services when Revanth was young.  My work place was very close to my home in Irving, Texas, and I used to be home by 5:15PM to play with Revanth (who was always waiting near the door for me, with Radhika dressing him up neatly).  He hardly used to give me 5 minutes of times, before we venture out for park.  Next seven years from 1995 to 2002 (which is when I returned to India for good) was best time of my life.  Revanth and I had plenty of time together, and I captured him growing up in dozen different types of cameras (old fashioned film to SLR), and 5 different camcorders (VHS, HI8, MINI DV, DVD, etc).  Being the first kid among the gang, Revanth was pampered and loved by everyone around. As you can see from the snaps, he was a super cute kid.  He had huge eye lashes, and people at super market & malls were always commenting his charm

I got him introduced to my laptop when he was about 9 months.   Downloaded dozens of WINDOWS/ASCII based games, which taught him letters, words, numbers, shapes, and colors at very early age.  Radhika and I read him tons of books, with first one being Dr. Seuss book.  Revanth became a voracious reader by the first grade.  I can see that impact now.   He reads several hundreds of books in last decade and has wealth of GK (hoping that will be put to use one day).  He announced few years ago that he wants to become an author, and that he already has few ideas for fantasy novel.  He is about to finish his 12th grade and waiting for greater excitement in the life.    Revanth and I share love for movies, comedy, humorous sarcasm, finally common music taste, good food, travel & easy chilling. Now that he is 18, I should look forward to see him as a friend than a teenage son.

I dearly miss his 18th birthday being away from home. I would have definitely taken him to Sky Diving, if he were in US.   I did pledge him that we will skydive together in 2013, and that I will take him along to some of the exotic places that I travel on business (now that his conflicts with school and college is over).

Do join me in wishing Revanth a very happy birthday, a great life ahead, and that he becomes  “one who drives away the darkness” and makes this world better than it is.

I had recorded Revanth’s movement since his Day 1, over the last 18 years. I have used so far 12 different cameras (old fashioned film to 3D), and 5 different camcorders (VHS, 8MM HI8, SUPER 8, MINI DV, DVD) in last 2 decades.  Here is the video collage of first 18 years of Revanth, just using fraction of my collection

As Revanth turns 21 today, I am happy that I am here in India this time, compared to previous years.  Revanth has evolved quite a bit in last few years.  If I need to encapsulate in one sentence, I would say, “He has become a big boy”.  He is pretty much independent, driving around the city on his own.  He actually chauffeurs me, Radhika, and Aniketh for all our weekend drives, errands, and commute. He gives me company on movies of certain genre, which Radhika is not interested.   He is calmer, quieter, and engages in lively conversations (with lots of pun in Trivikram style) with folks around him, including those who visits to our house for the first time. We all three (Revanth, and Aniketh) share lot more similar interests now.  He does provide big help in many  common things at home, specially when hosting family and friends, on his own, without any proactive push.  Most importantly, i see greater bond between him and Aniketh, and fewer Tom & Jerry type of fights

I am specially happy to see him spending time with friends (some times very late in the night), and see him inviting them over to the house for sleepovers and studies (though I doubt if they study at all).  Last several years, we had an opportunity to travel together as a family, to Europe, Australia, Cambodia, and several places around India.  We also did Skydiving, Scuba Diving, Walked over harbour bridge, did a bit of trekking, explored new food and cuisine around Hyderabad, and watched anime together, and share good sarcasm and humour over things in life.

I am already in quite a bit of anxiety knowing that he would leave home in an year from now and travel to US for his Masters Degree, and end up spending good amount of next phase of his life in US. I do have few regrets how I interacted with him over last decade, and as a lesson learned, I am avoid repeating same taboos with Aniketh. I keep reminding myself to spend more time with him, be nicer to him, and be his good buddy, and ensure that he has good memories to savour about his childhood when he fully grows up.

I wish beautiful life ahead and confident that he is destined to do achieve good things in life, and positively impact lives around him

Video clip that I made when Revanth turned 18:

Fifth Birthday or so, I think 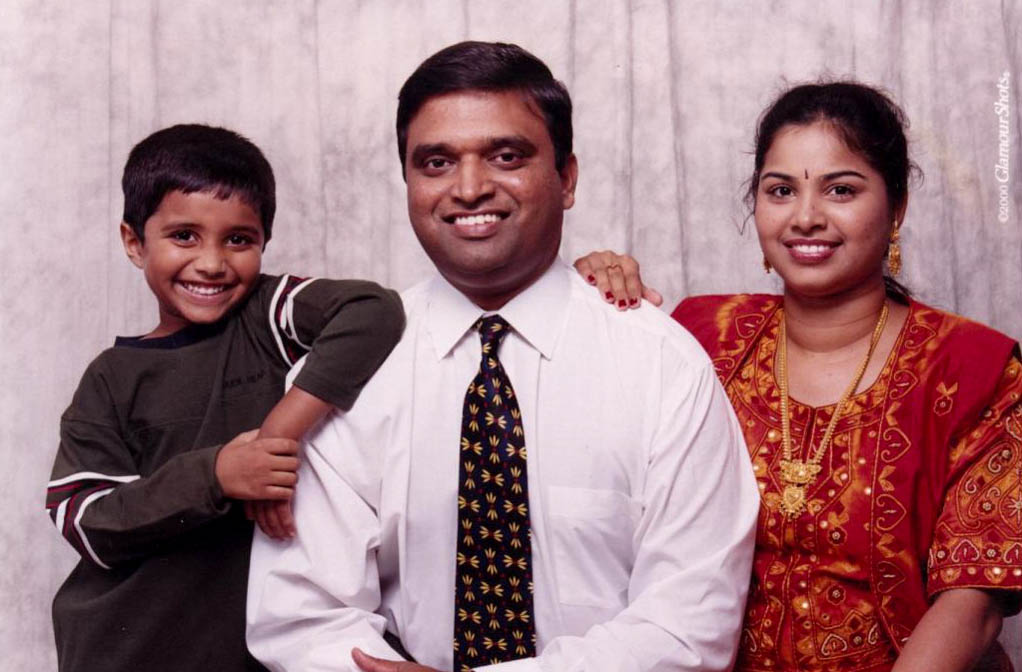 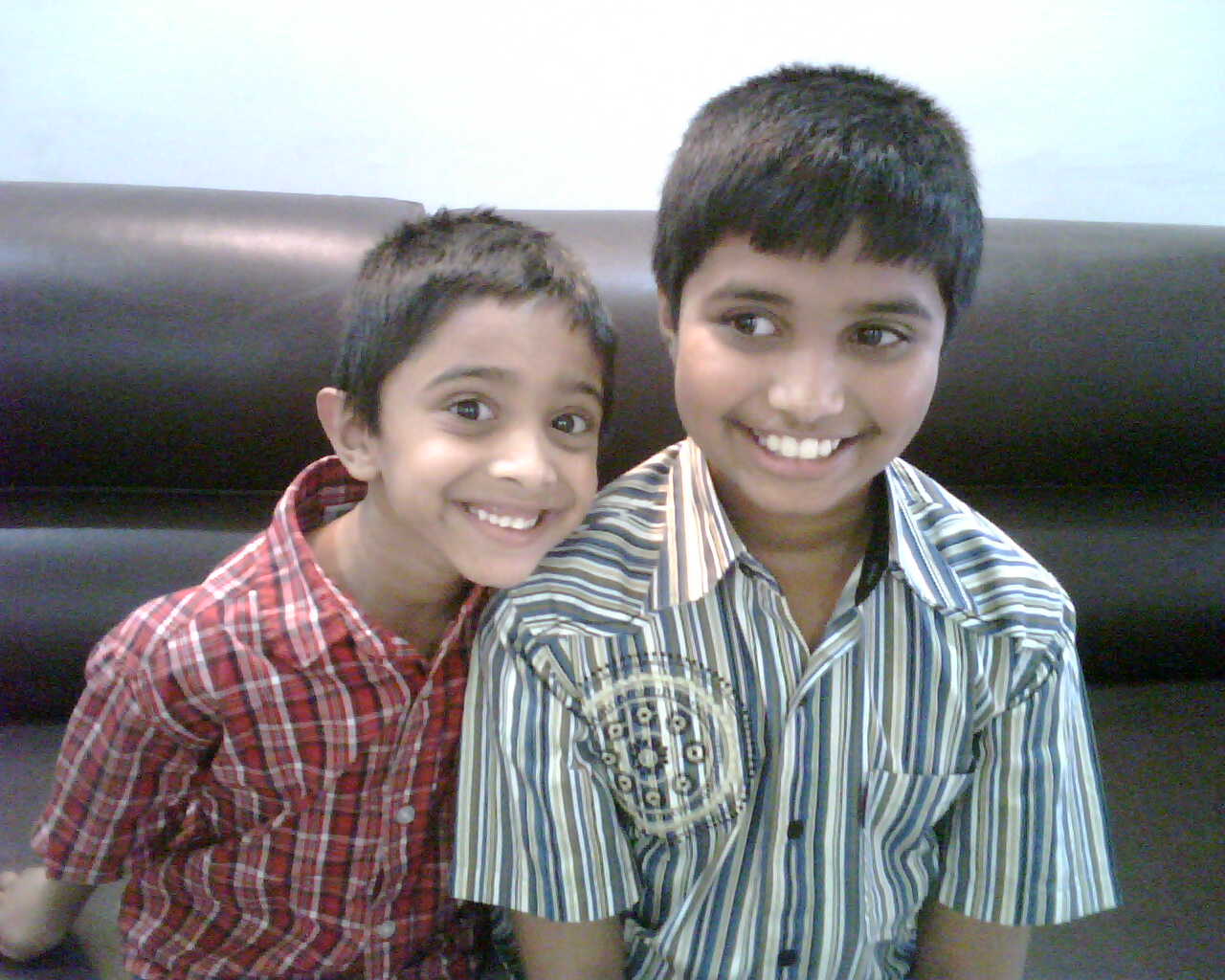 Forced to smile on Revanth or Aniketh’s birthday.  I forgot which one 🙂 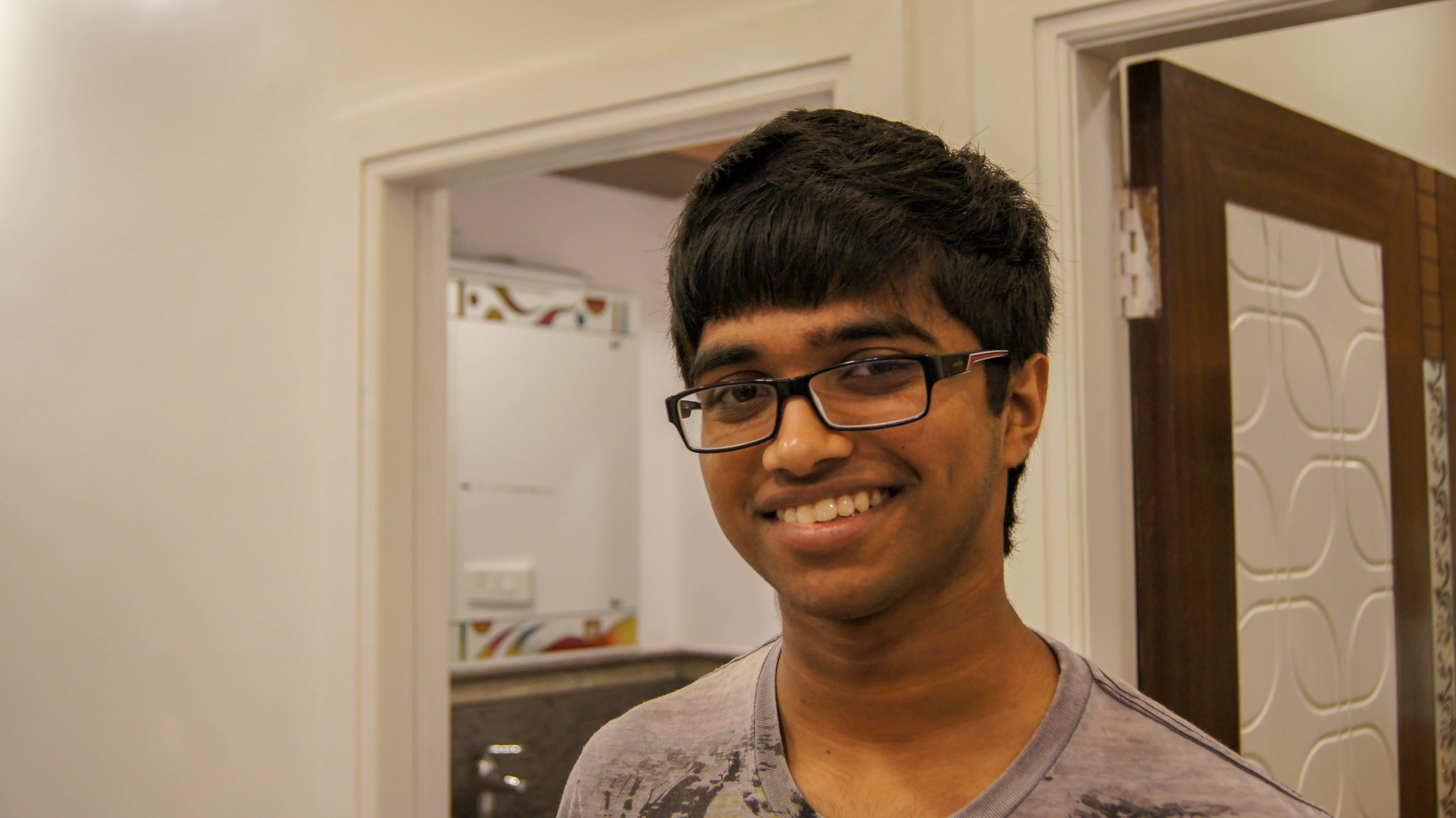