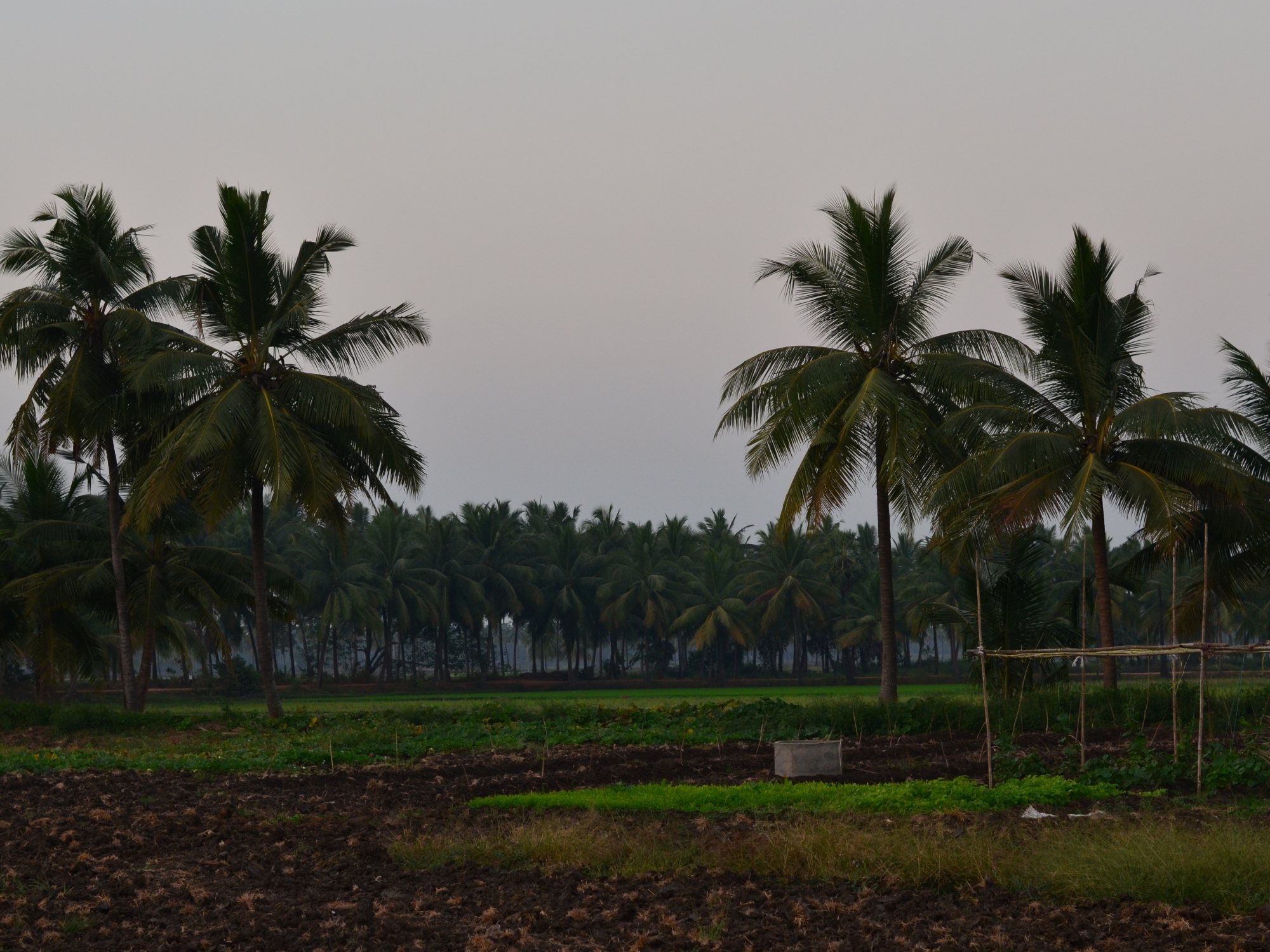 My knowledge of AP geography is not so great, because I have rarely driven on my own on AP (or Indian) highways and never used printed map to understood / optimize the route plan.  Only visual of AP map I have in my mind, is from my Social Studies classes during high school.  I have travelled to Tirupati few times by Road and have vivid memory of cities on that route.  I have better knowledge of US states, as I was on the road so many times on my own for first 2 decades using Rand McNally Atlas maps and later using Yahoo maps print outs (before GPS days)

My knowledge of coastal cities of Andhra Pradesh is mostly because of Telugu movies, and thanks to several friends made over last several decades in schools, colleges, and at work place.  When my colleagues @ Cigniti proposed celebration of PONGAL (popular harvest festival in South India) in Native Andhra region, I was quite interested.   Sanjay Jupudi hosted all of us at his parent place in Bhimavaram.   Most of the management team from Cigniti with their families planned to join the event.   There was a quite bit of discussion on mode of travel, but finally all of us decided to take the road for flexibility and nuances of each individual travel start / end times.  I, Radhika and Kids travelled in our Honda with Mohan as my chauffer.

I heard of greatly improved national highway (NH) infrastructure between Hyderabad and Vijayawada (NH9), but was more than pleasantly surprised by the NH9.  Thanks to Private / Public partnership (via GMR), driving was a breeze because of quality of the roads.    Similar to REST AREAS concept on US highways, we have ultra modern food courts (serving multi cuisine, pizzas, and subway sandwiches) along with old style Dhabas, and mom’n’pop coffee huts.   Our first stop was at Suryapet “7” upscale food court (about 2 hours from outskirts of Hyderabad).  Revanth & Aniketh quickly embraced SUBWAY as their choice for the lunch.  It was never been so easy for kids to decide what to eat on an Indian National Highway.

To keep my blog short (as most of the readers attention span is too low, and I have got lots of other things to catch up), here is the gist of my observations and experience over last 72 hours.  All opinions expressed are my own, and does not reflect that of past, current, and future employees, friends, colleagues, and family members.  So please do not get carried away while/after reading it  🙂

Sanjay’s parents raised the bar for perfect hospitality too high for us to reach.   They have truly adhered to the age old saying, “Athidhi Devo Bhava” (Treat your guest like a god).   Once again, I finish this blog with billion thanks to Sanjay and his family for hosting a perfect vacation

Click below to see the video collage from snaps & video clips from the event.