I started writing this when many of my ex colleagues were asking how are things going at my new gig with Cigniti.  But never could finish it up until now. Well, things are going great.   I continue to be happy to wake up in the morning and drive to work (or being driven, thanks to being in India J) at Cigniti. I can be one of the spokesperson for the recent article, folks in QA profession seems to be happiest in the world 🙂

Myself, Raj, and Kalyan were planning to go for Tirupati (after exiting from AppLabs) both as a team bonding exercise, seek divine blessings, get a dose of positive vibrations from holy sanctum sanctorum of lord of 7 hills, and seek spiritual solace.  However, our travel date moved to post joining of the new office (due to the reasons beyond galaxy as quoted in previous blog update).  Upon learning about our trip, senior colleagues at Cigniti including MD and CEO volunteered to join us, and actually ended up spearheading and sponsoring the entire trip.  Half of us decided to walk up the seven hills.  There were over 3550 steps, with 1/4th of them requiring some effort to climb.  I would be lying if I did not wonder whether we would make it up to the top so easily. By the time we finished 2500 steps, it was apparent that it’s not bad at all.  It took about 5 hours to reach the top of seven hills.

First surprise waiting for us was accommodation at the guesthouse. We stayed at 4-bed room guesthouse, which was cleanest and most luxurious that I know of on the mountain.  Supposedly Ambanis of Reliance group donated this to TTD. Owing to our MD’s philanthropy for Tirupati, we received VVIP entry into the sanctum. I believe most of us in the group experienced one of the longest and closest and personal darshan of balaji, in a very very long time (and first time for few of them).  We were deeply and completely soaked with the grace and infinitely positive vibrations. Another surprise was waiting for us as we exited with beaming smile on our face.  All of us were invited into mandap outside the sanctum (but still inside the perimeter of the temple). We were seated in a row, with temple priests chanting holy mantras as they covered us with vastram (silver laced upper garment), and served hot prasad and gifted with several items that were consecrated in the sanctum.  It brought entire Cigniti family at a level closer to spiritual and all of us feeling that we are finally at home even at work place 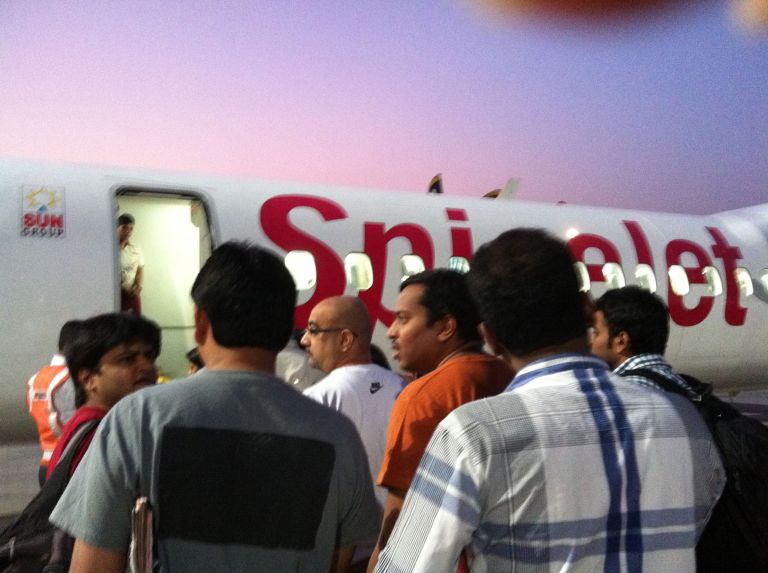 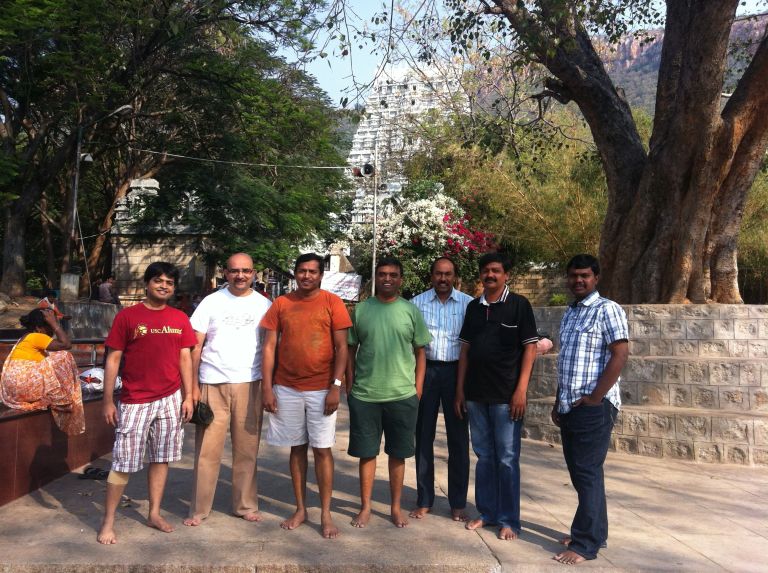 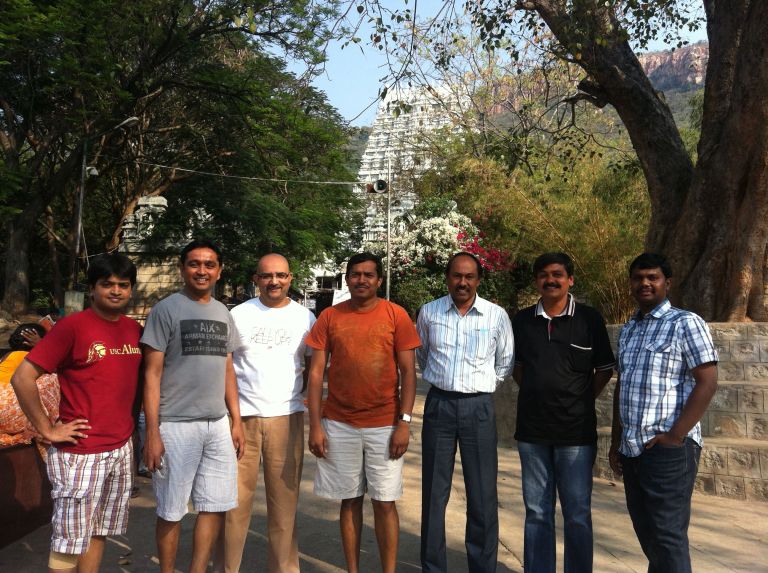 We moved into 35000 SFT state-of-the-art facilities a week later.   Pooja was held on a Saturday with participation from management team and immediate family members.  Entire place vibrated with holy chants, and vedic rituals.  Each of us from the management team were ushered into our respective office cabins, as the priests chanted vedic hymns, while family members and MD blessed us and sprinkled traditional yellow rice on us.  It was special as our parents and kids watches us occupy our new office space.  Our feeling that we are actually at home, even when we are in the office has rooted solid in our hearts and our determination to build Cigniti to build as world most respected and largest testing company in the world 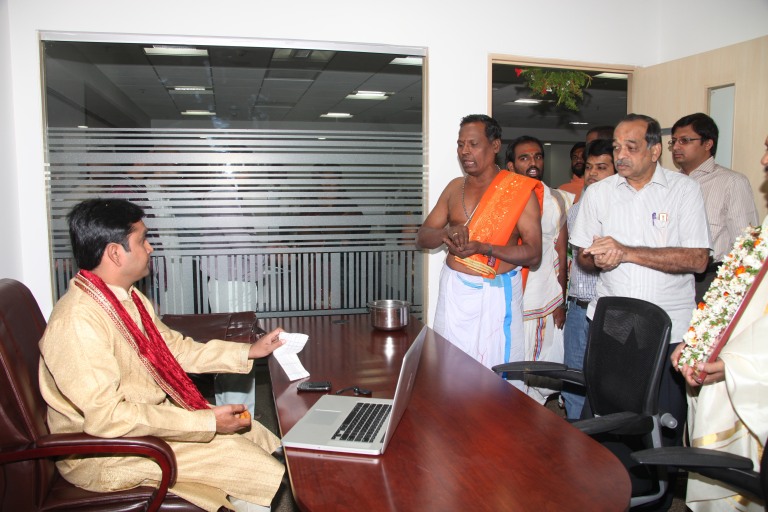 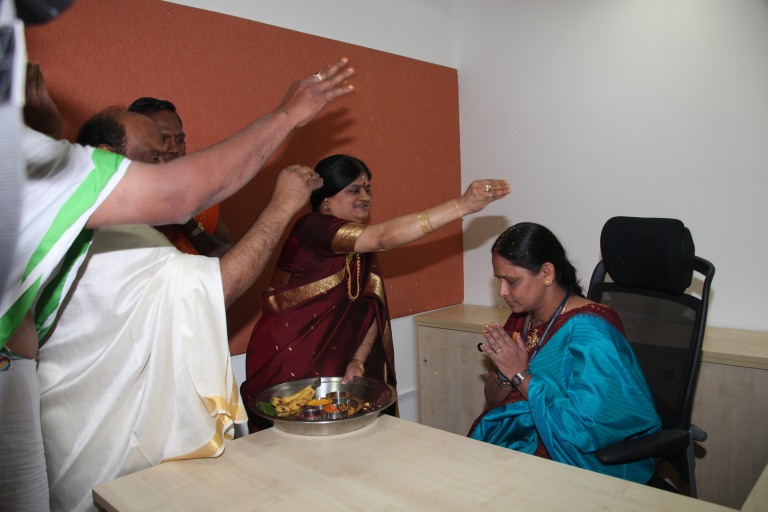 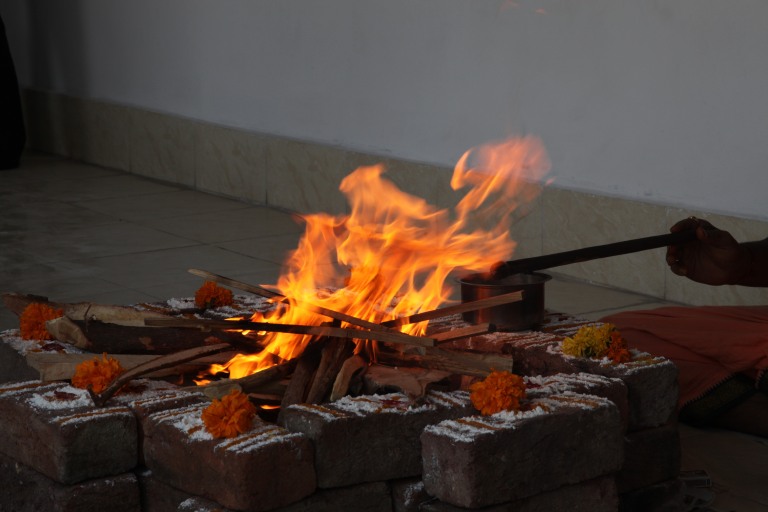 Entire facility was opened for all employees on following Monday and the facility was inaugurated by EVP of India Cements (Mr T S Raghupathy).

I am not sure if it’s sacrilegious to say that I never saw Sachin playing for India or remember consciously watching him play. There are many reasons (other than lack of interest).  I saw last few overs of India winning first world cup (or at least I remember it) given the hungama in my neighborhood and excitement at that time.  I still remember Gavaskar and Kapil playing for India from those memories. I was in US for 14 years starting 1988, and was not compelled to watch Cricket and there were not too many avenues and reasons too (though few of my friends were subscribing via Satellite).  I was catching up with movies, while everyone following cricket. I have returned to home in India in 2002. But sometime in 2004 we have pulled the plug on cable TV (as it was day and nightmare for Radhika to remind kids to swallow their food in mouth, as they were watching cartoon junk in the zombie style).  It’s been 8 years getting freedom from junk of idiot box.  I have watched recent world cup (again last few hours) at my brothers place and celebrated victory dance on the road of Hyderabad (see my clips on FB for the proof) as celebration post victory were quite contagious and feverish.  But I never paid attention to Sachin. Thanks to Facebook, I started seeing so many messages about Sachin and him being God of Cricket.  Last week I heard about Sachin making 100th century while Raj and me were at Lunch. I asked Raj for his shock, what is special about Sachin style of cricket that makes him so great?  I got some gyan (for knowing enough about Sachin) and also on Why Sachin is great and his USP.

One thought on “tradition, technology, tendulkar”